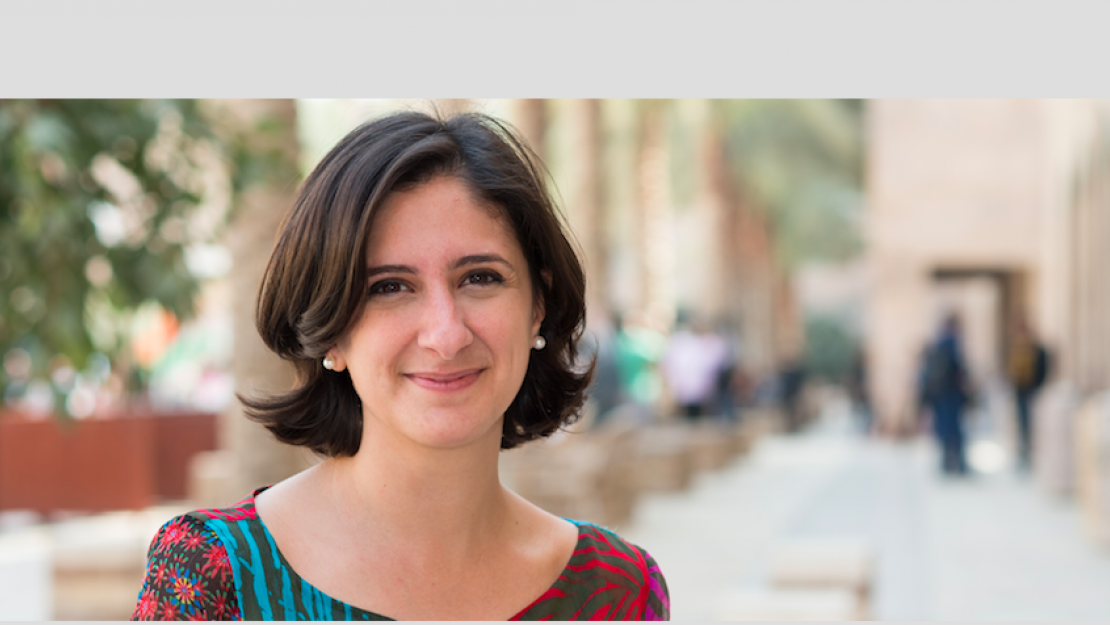 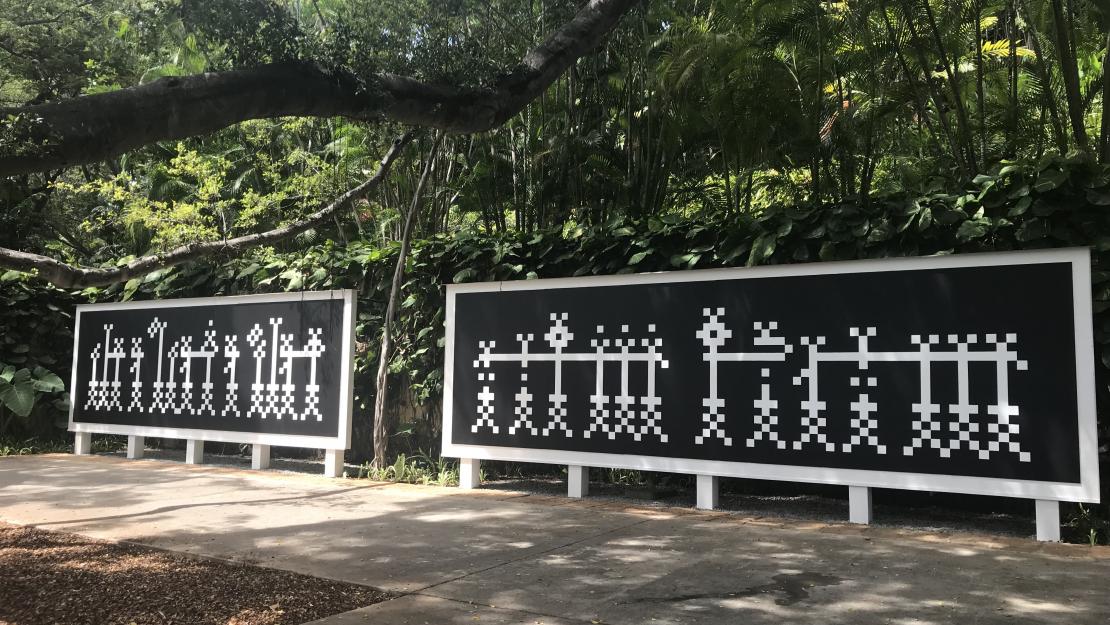 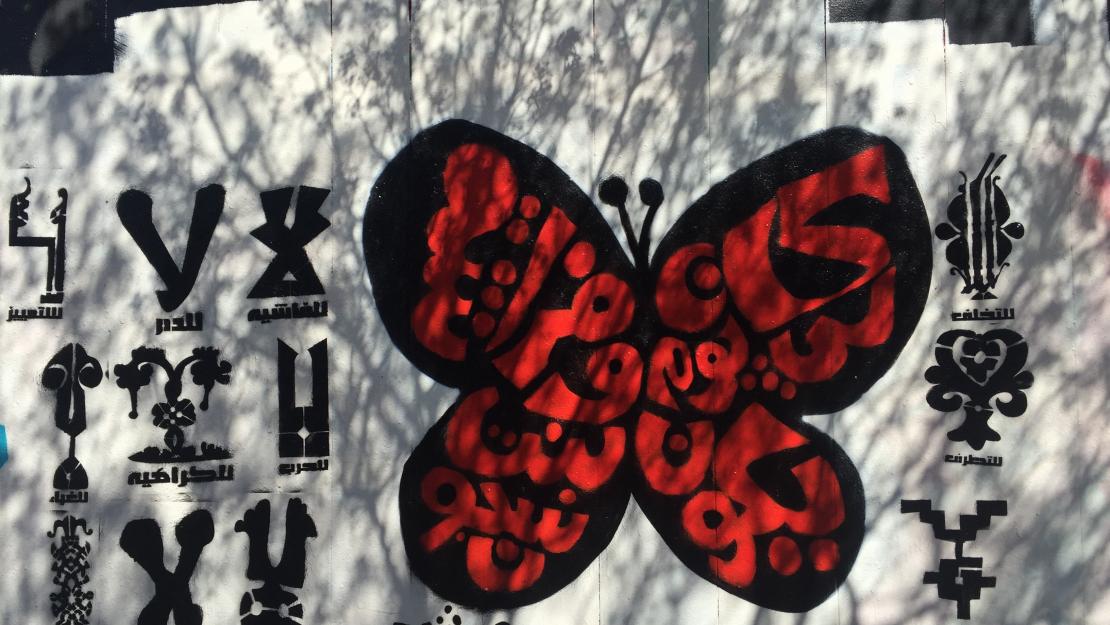 Shehab, Bahia. “I had a Day that will Come for my Butterfly Cocooned in Prisons.” Wall spray stencils. 207th Street and 10th Avenue, New York City, United States. March, 2016. 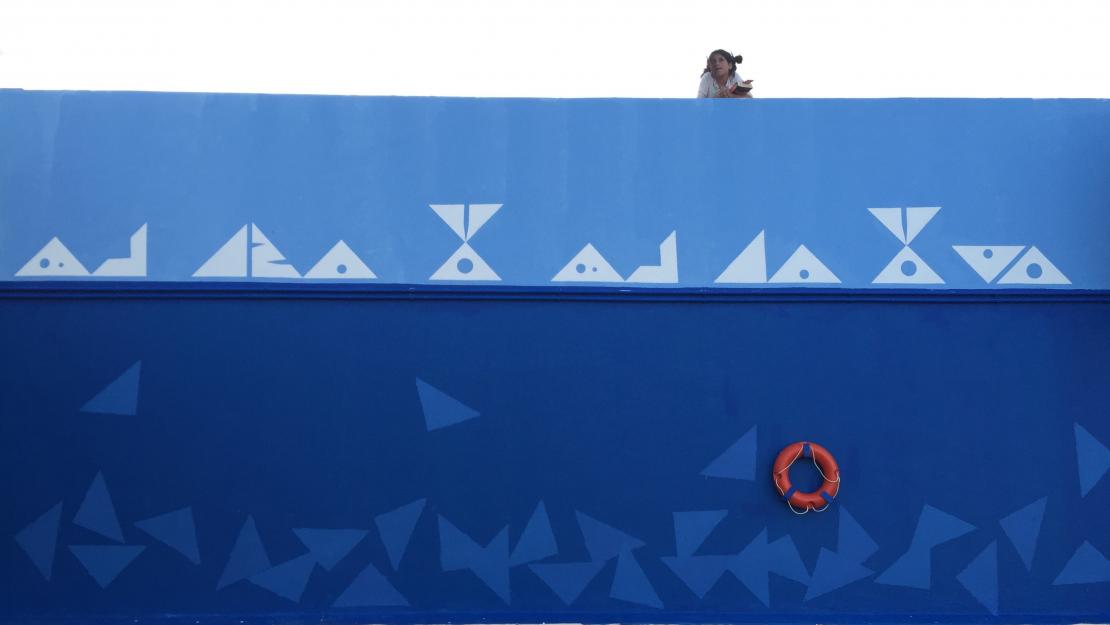 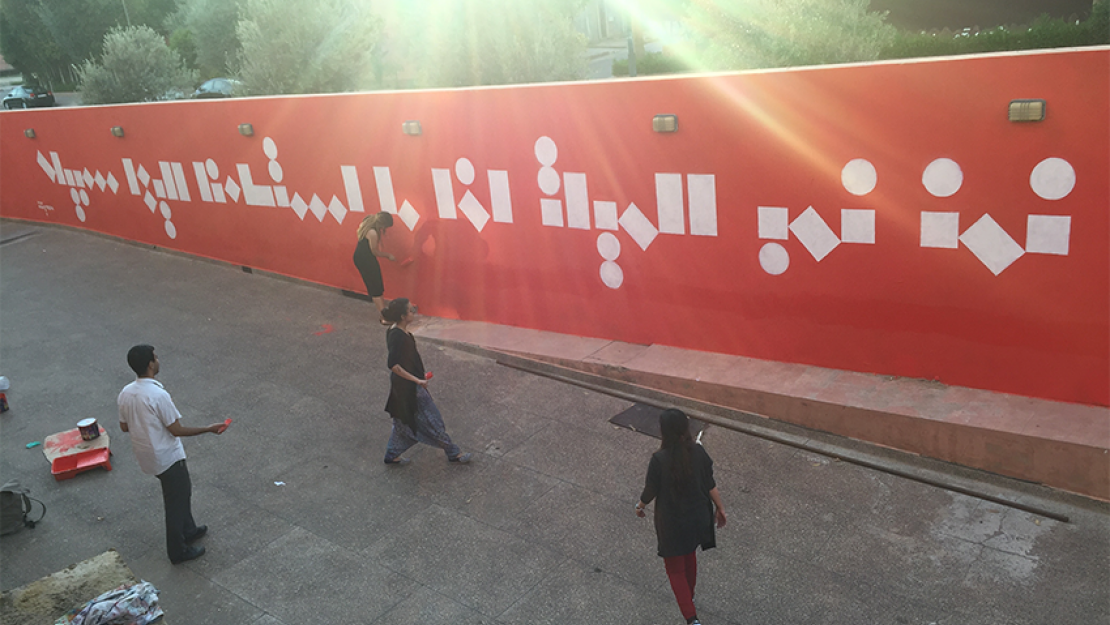 Shehab, Bahia. “One Day We will be Who we Want to be. The Journey has not Started and the Road has not Ended.” Wall spray stencil. Mediamatic. Amsterdam. The Netherlands. December, 2016. 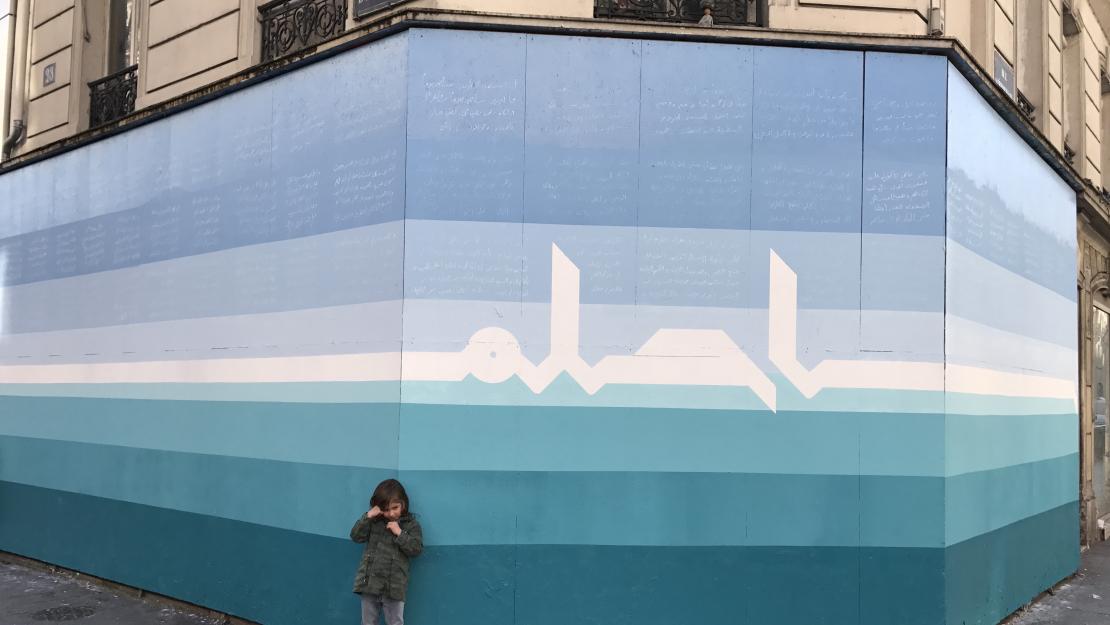 Shehab, Bahia. “Those Who Have no Land Have no Sea.” Wall spray stencil. Olympian Sports Complex. Cephalonia, Greece. August, 2016.
By
Tess Santorelli

Bahia Shehab, associate professor of design and founder of the graphic design program at AUC, recalls feeling "liberated" the first time she spray-painted a wall in Cairo.

“It was a beautiful moment,” Shehab said.

Shehab had just spent the previous year developing her calligraphy book, A Thousand Times NO: The Visual History of Lam-Alif which contained a series of graffiti images that were inspired by the thousands of ways the word “no” — written as 'لا' in stylized Arabic calligraphy. Shehab said she first took to the streets during the Egyptian uprisings and began spray painting “no” in response to the violence that was occurring around her.

“I wanted to get across how people were feeling in the square and what it felt like to be part of that event,” she said.

Shehab, who was named a TED Senior Fellow in 2016, said the attention she has received since the revolution is “unexpected.”

“I wasn't really seeking that kind of attention or wanting it necessarily, but I found myself in a position where I needed to communicate what was going on to the world,” she said.

Shehab explained that the message behind her work didn’t change during the uprisings, but rather the uprisings amplified her voice.

“It’s like when someone is whispering, and then they use a loudspeaker so you suddenly hear their voice,” Shehab said. “When you take the loudspeaker away they are still having the same conversation.”

After the revolution, Shehab took her graffiti to other cities around the world, painting the words of the Palestinian poet, Mahmoud Darwish, often relating them to the social issues related to the location of her art.

“Art can be used as space or a place to bridge cultures, and to bridge societies and to create more understanding between us as people living on this planet in a way that nothing else can,” said Shehab.

Though Shehab sees art as “a tool for social change,” she doesn’t consider herself an activist.

“I feel that artists are a mirror to their society. As an artist, it's the nature of my job,” said Shehab. “Whether I like it or not I am a cultural ambassador.”

The last wall Shehab painted was at the Doris Duke Museum for Islamic Art, Design and Culture in Hawaii, where she was the artist in residence. While studying Duke’s collection, she also installed an onsite mural called My People, that reads, “My people will return as light and air and water," a stanza from a poem by Darwish.

One of the many projects Shehab is currently working on is Project Light — a global art campaign by Peek Vision and Fine Acts that aims to increase public understanding, engagement and support for the right to sight. Another project is a visual database of the history of Arabic script that she is hoping to launch sometime next year.

Shehab started the database for Arabic designers interested in creating new fonts, which she realized was desperately lacking.

“If you look at Arabic type design, for the ten-thousand plus Latin scripts that are available on your computer, on any computer, we have maybe now five-hundred Arabic scripts — and only around 20 web designed ones that a designer can use,” explained Shehab. “It's like if you're missing the color red in a color palette.”

Shehab, who is the first Arab woman to receive the UNESCO-Sharjah Prize for Arab Culture, said out of everything she has accomplished, she is most proud of her students.

“They are the change I want to see in the world,” she said, smiling.

“My students and my teaching assistant tell me, ‘Bahia, I have never seen you so happy. Every time you walk into this class you are beaming and you are smiling.’ It's because I worked so hard for this course,” she said.

As for heroes, Shehab finds herself “burdened” with being her own.

“As an Arab woman, I didn't grow up with role models that I looked up to. I didn't identify with the models of the heroes that were being represented to me and I find myself responsible for being a role model now,” said Shehab. “I mean, our lawyers, our scientists? They exist, they were just never represented to me as a younger woman, and I would like to do that for coming generations.”

In Shehab’s TED Talk she closed with a line that spoke to the fire she brings into her daily life: "you can crush the flowers but you can't delay the spring."

In Shehab’s world, the spring is always on time.