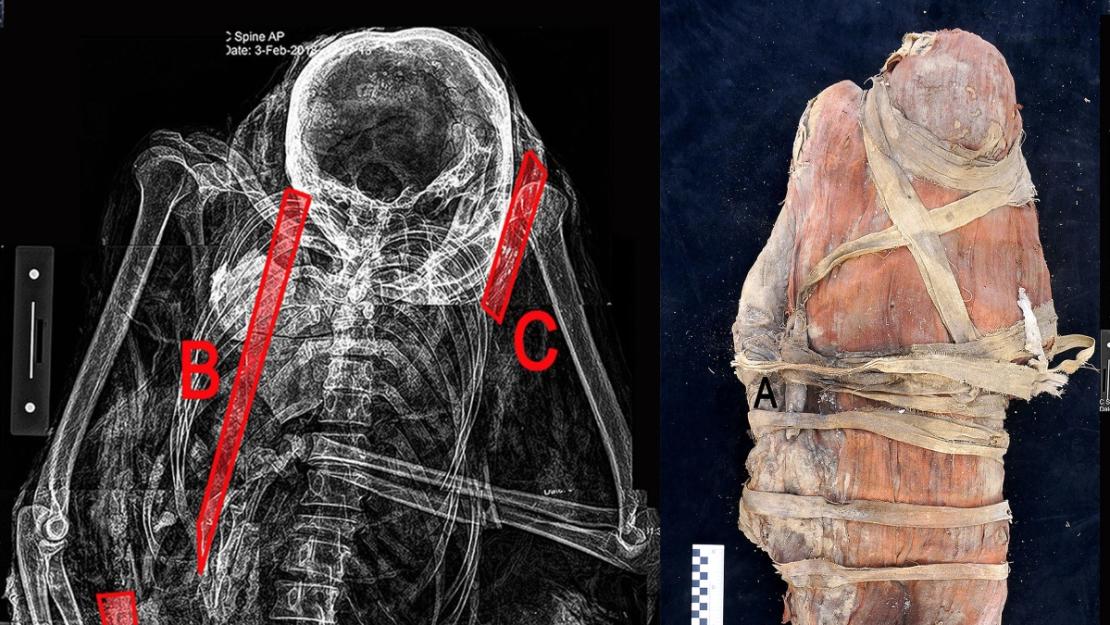 An international team of Egyptologists from the United States, Spain and Egypt, including AUC’s own Salima Ikram (YAB ’86), has discovered an ancient Egyptian female mummy who suffered a stroke — the oldest documented stroke case in the scientific medical literature.

Studied macroscopically and radiographically on site, the mummy was found to be aged 25-40 (probably closer to 40), belonging to a woman of the 25thDynasty who died some 2,700 years ago. She appears to have suffered a right cerebral stroke, causing brain damage, and left hemiplegia (paralysis on one side of the body). Radiological examination shows that the paralysis occurred once bone growth was completed, when the woman was 23 to 25 years old, but significantly before her death — which means that she lived with the disease for a long period of time while receiving care and support from those around her.

“This tells us that strokes have a long history and that even in antiquity, people survived them, especially as others cared for them to ensure their survival,” said Ikram.

The study, titled “A Possible Stroke Victim from Pharaonic Egypt,” records that the mummy was found in a position not reported before, with one arm extended and the other crossing over the chest with a contracted hand — a key clue to the diagnosis. Mummies during that period had their hands typically either lying alongside their bodies or in a crossed position on the chest. The mummy’s head was angled down, dramatically, with contracted shoulders, which is common with children’s mummies but not with adults. The position of the shoulders, head and flexed arm suggests that the woman was suffering from damage to the right hemisphere of the brain, and the face looking down is typical of strokes, the co-authors explain in the study.

An attempt was made during the mummification process to fix the position of the woman’s head and chest by including two sticks at her back, which gave her a permanent erect posture. She was also provided with a stick or a crutch, which she seemed to have used during her lifetime as a walking aid. The presence of a rare red linen fabric — found in only a few burials — covering the mummy’s head to knees, suggests a higher social status for this mummy.

The team is currently working on other mummies from the Dra Abu el-Naga area near Luxor to see if they suffered from diseases as well.

“We are learning about different diseases that ancient Egyptians suffered from and how they dealt with this both medically as well as in a sociocultural context,” said Ikram.