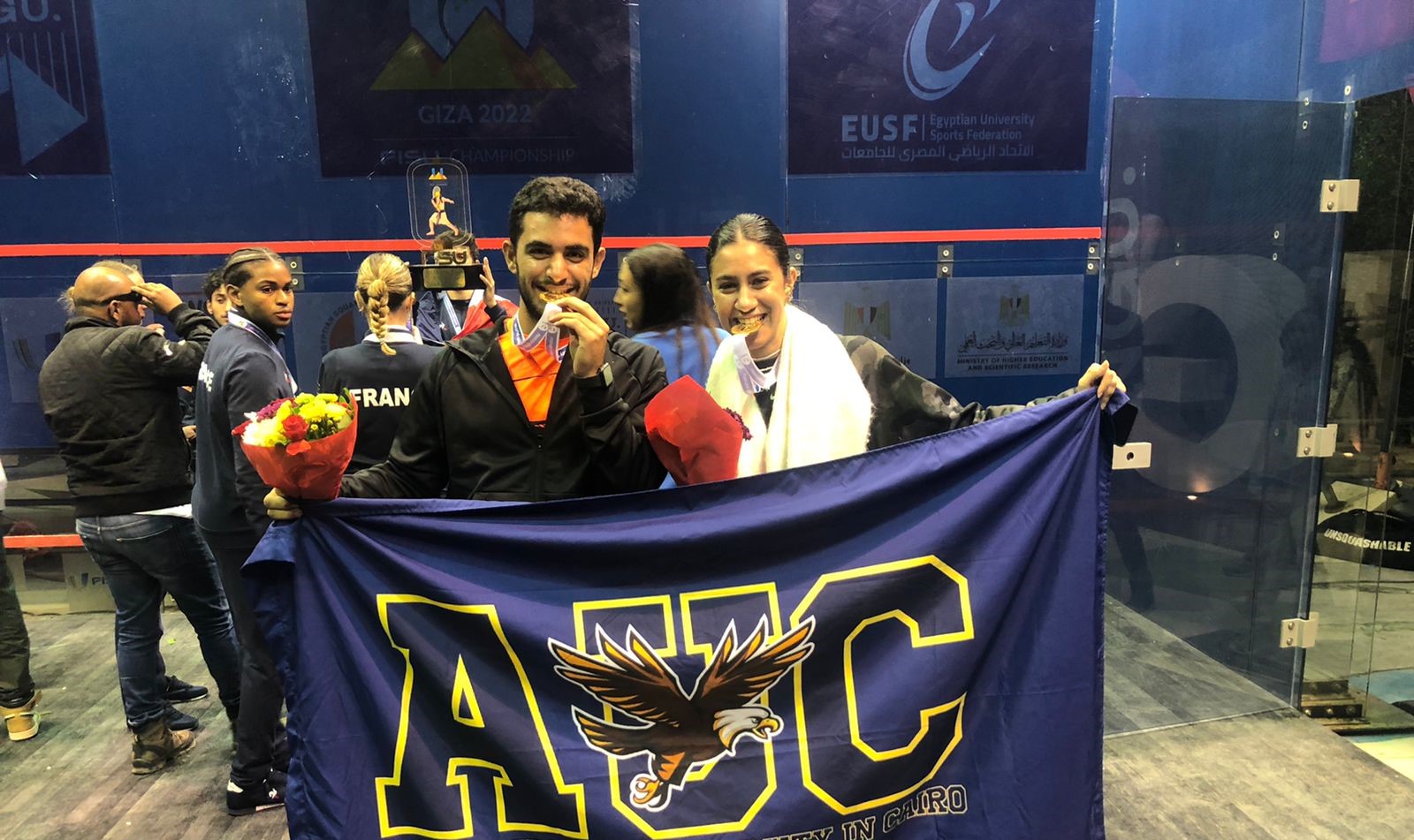 Student athletes at The American University in Cairo (AUC) won two gold and one bronze medals in the Squash World University Championship held in Egypt at New Giza courts. In AUC's first participation in the championship, Yahya El Nawasany and Jana Shiha competed against athletes from 12 countries, including Switzerland, South Korea, France and Japan. Elnawasany achieved two medals: a bronze medal (individual games) and a gold medal (team games), while Shiha achieved one gold medal for the team's games.

"I am very honored to not only be chosen to be part of the Egyptian team but also win the gold medal representing AUC," Shiha said. "AUC has always been helping me and supporting me with my athletic career in terms of absences and amendments. As a graduating senior, I want to thank AUC for all what it has done for me over the past three and a half years," she added.

Elnawasany also expressed his pride to be part of the team representing Egypt, which made this title very special for him. "I had a lot of support from the AUC athletics team and my professors, who helped me make up for all the classes and exams I missed," he added.

Elnawasany, ranked 40 worldwide, and Shiha, ranked 51, are planning to focus more on their professional career in Squash, win future world championships and be amongst the top 10 worldwide, representing Egypt and AUC.

According to Sharif El Erian, senior director of athletes at AUC, the University has a powerful Squash team that includes Hania EL Hammamy, who is now ranked second on the Squash World Ranking. "At AUC, we provide our athletes with very professional practices on campus, where they can come whenever they need to practice on their own. We also help them with their academics during their games; we coordinate with their professors for further class arrangements during their tournaments” he said.