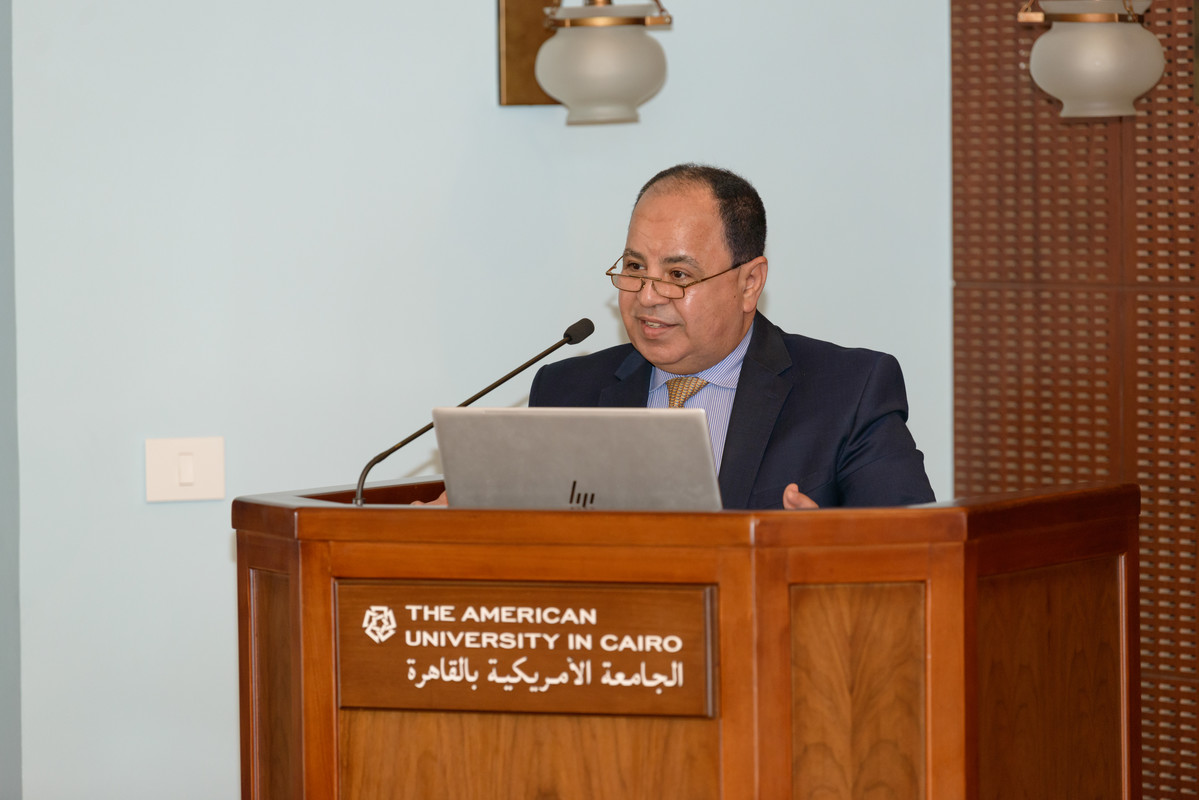 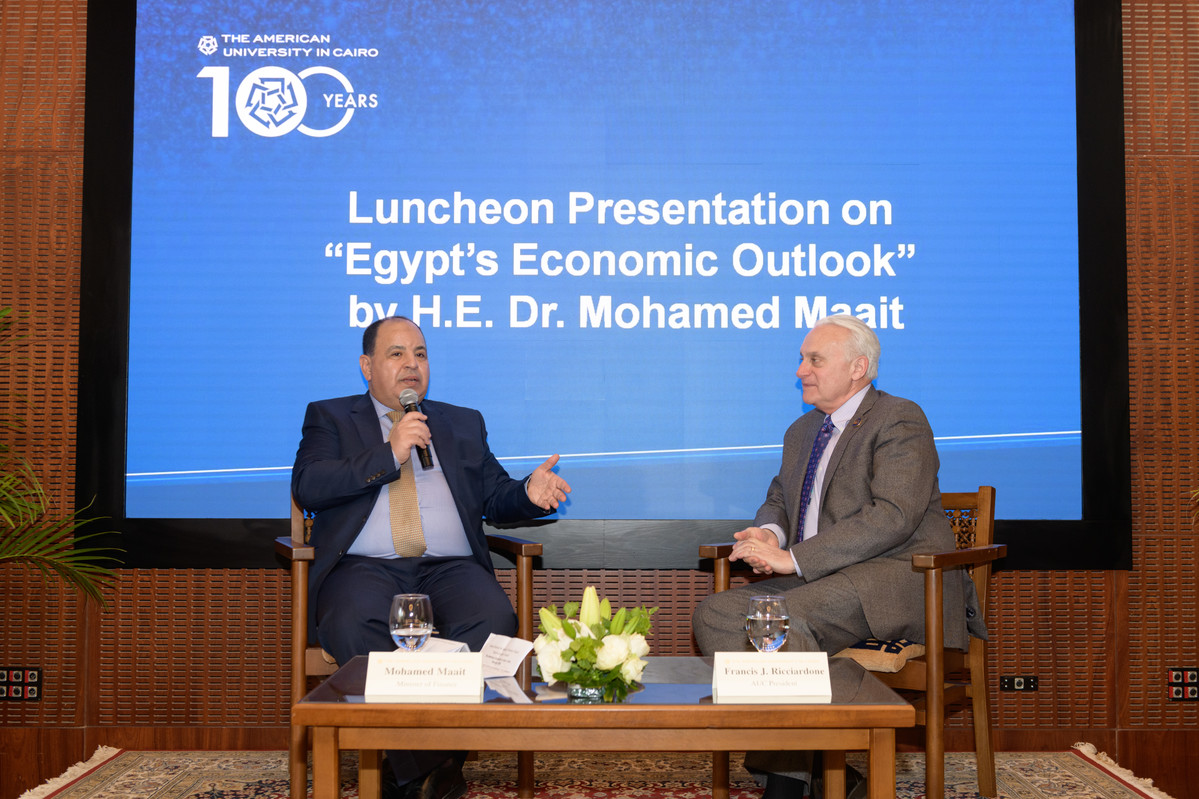 Egyptian Minister of Finance, Mohamed Maait, visited The American University in Cairo (AUC) yesterday to deliver a talk on the government’s economic reform program over the past few years and the positive outcomes as a result of this process.

Held at AUC’s New Cairo Campus, the talk was attended by AUC’s Board of Trustees and experts in the fields of economy, business and education. The talk started off with opening remarks from AUC President Francis Ricciardone, who said: “As we step into AUC’s second century, we not only celebrate our past achievements, but we look forward to the next 100 years, reaffirming our commitment to serving Egypt,” he said. “AUC continues to graduate students who are equipped with the skills and knowledge needed to advance the development and economic prosperity of their country.”

During his talk, Maait shared facts and figures showing the effects of the economic reforms and the progress of the Egyptian economy.

“The aim was to achieve private led, sustainable and inclusive growth, job creation, fiscal discipline and social justice,” he said. “Consequently, as a result of the rigorous implementation of reforms, the Egyptian economy has shown significant signs of improvements.”

Maait said that the Egyptian economy grew 5.6% in 2018/2019, making it one of the top growth performers amongst emerging markets in the region.

He also pointed out that “Improved growth in the upcoming period is expected to increase on the back of increased private consumption and private investments.” Moreover, he added that the realized growth has been well diversified across all sectors of the economy, including manufacturing, tourism, construction, trade and oil and gas, generating new job opportunities, which has driven unemployment downward to reach 7.5% in June 2019, down from 12% in 2016/2017.

The government has already started introducing laws that aim to create an environment that would foster private sector participation in the economy, such as industrial licensing and procurement laws, he said.

After highlighting the increased investment in the country’s infrastructure, the government’s efforts at fiscal consolidation and different strategies aimed at reducing debt, Maait noted that the impacts of these reforms on middle and lower income populations in Egypt has not gone unnoticed.

“We have introduced Takaful and Karama, we increased food subsidies and every year we have increased pension payments and salaries,” he said. “And while all of that is still not enough, I believe it is most important we invest more in human capital development, health, education and public utilities in order to reduce the burden on the people.”

Following his talk, the Minister sat with Ricciardone for a Q&A session during which he discussed the ministry’s plans to further appreciate the Egyptian Pound and the importance of investing in education and healthcare the most in the upcoming years.

“We appreciate the vision Minister of Finance Mohamed Maait shared with us,” Ricciardone said, “we remain keen to take part in Egypt’s bold plans for development and economic growth.”