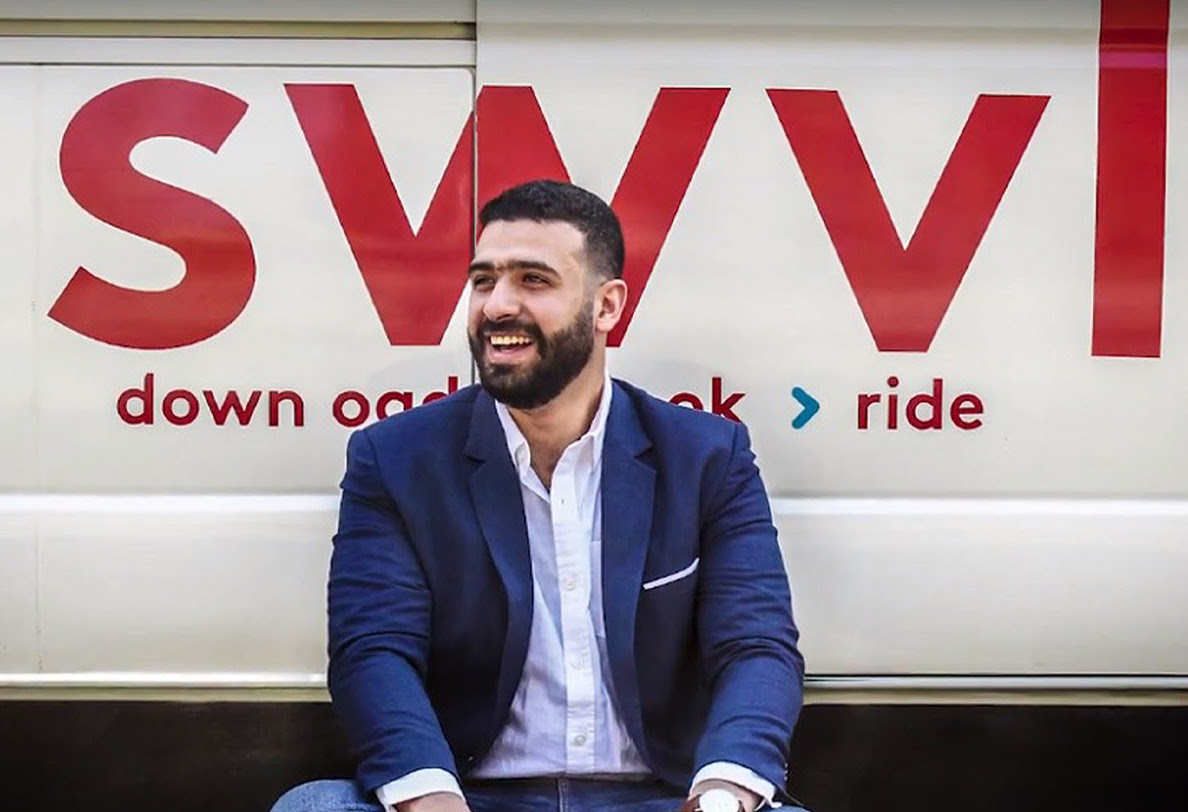 Accelerated at The American University in Cairo (AUC) Venture Lab, Swvl is now the first $1 billion-plus Middle East unicorn to list on Nasdaq and the largest African unicorn debut on any U.S.-listed exchange. In 2017, Mostafa Kandil ’15 co-founded Swvl, an app that organized a convenient and customized public transportation alternative in Egypt, alongside Mahmoud Nouh and Ahmed Sabbah. Kandil started his studies as a petroleum engineering student at AUC but sought a more dynamic path as he was always keen on exploring the business world. In 2017, Swvl joined AUC Venture Lab, Egypt’s first University-based accelerator, which offers acceleration programs to high-growth, innovation-driven tech startups. Accelerated by the V-Lab in Cycle 8, the team was able to launch the application before graduating from the cycle. The startup has seen impressive growth since its launch, crossing Egypt’s borders and establishing roots abroad. Kandil was named — along with co-founders Nouh and Sabbah — among Forbes Middle East’s Top Arab 30 under 30 in 2018.

Now, four years later at the age of 28, Mostafa’s vision has grown to establish a $1.5 billion mass transit company headquartered in Dubai, making it the first unicorn to list on Nasdaq US, the largest African unicorn debut on any US-listed exchange, and the second Middle Eastern company to take the SPAC route to public markets.

“‘Today, I celebrate my graduation — an end to a journey of hard work and sleepless nights and a start to another great one filled with success and achievements.’ This was my Facebook status on my graduation day. I’m proud to say that being an AUC student was the start of the journey that brought me to this moment in my life,” said Kandil.

Ayman Ismail ’95, ’97, the Abdul Latif Jameel Endowed Chair in Entrepreneurship and director of the AUC Venture Lab, said: “We are extremely proud of what the Swvl team has managed to build over the years. Their dedication and hard work have paid off as they built an international tech unicorn that provides millions with a well-needed service. We have always believed in Swvl founders’ abilities to revolutionize the Egyptian transportation sector, and today we see them creating many firsts for the region.”

While this is considered AUC Venture Lab’s first startup exit, the same week witnessed great news for the accelerator as two of its graduates announced closing investment deals and regional expansion.