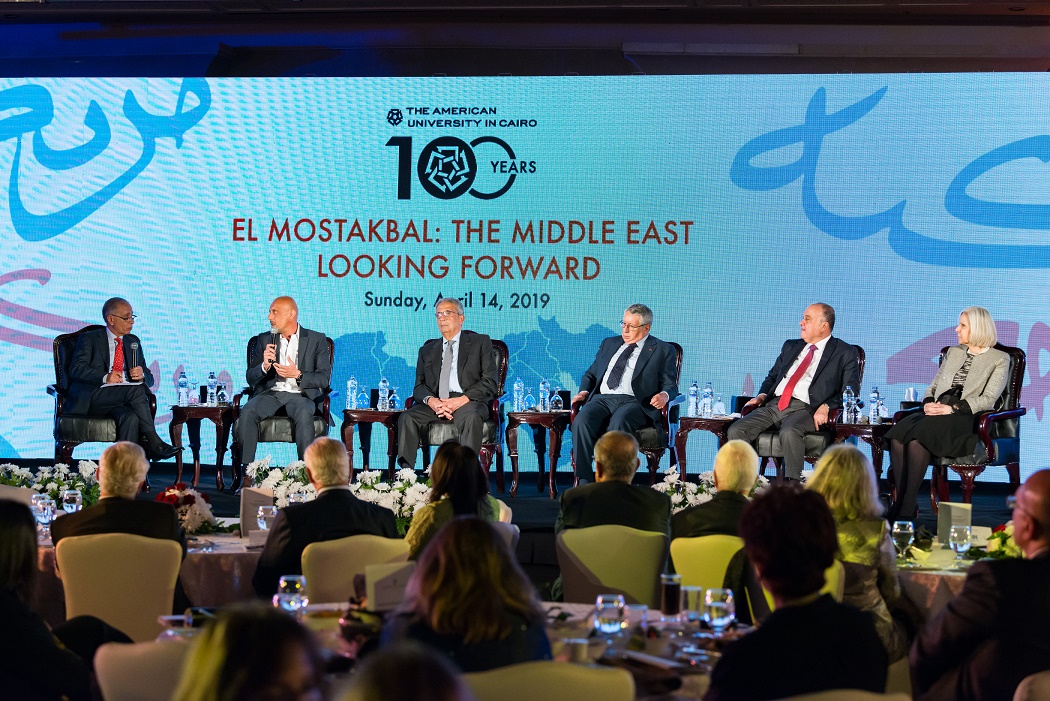 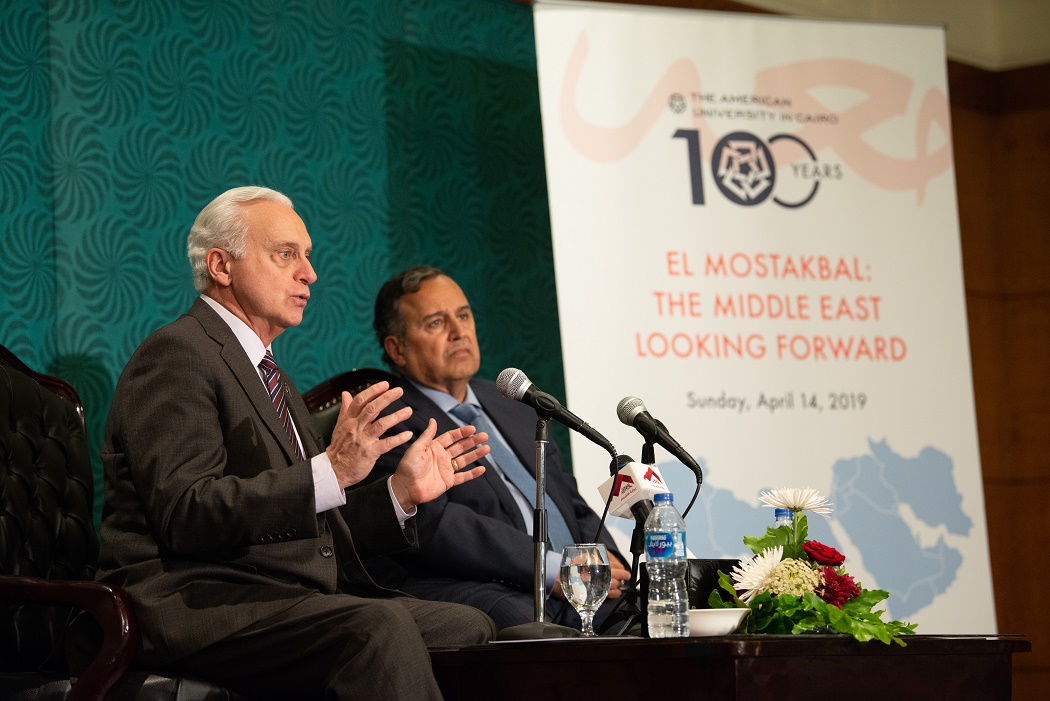 As part of AUC’s Centennial Campaign, The American University in Cairo (AUC) launched yesterday El Mostakbal, The Middle East Looking Forward initiative. The initiative is a three-year project that aims at examining the paramount socio-economic, political and security issues in the Arab world and the Middle East region. Through this initiative, The School of Global Affairs and Public Policy will lead an ambitious research and policy program that includes a multi-track series of workshops, conferences and publications that assess the challenges and opportunities facing the Arab world and offer concrete policy recommendations that touch every aspect of life in our region. “In the 21st century, the international community is in a transformative stage and it is challenged to create more equitable global order respecting nation states, regional global perspectives, as well as individual rights and freedoms. The Middle East, over the last decade, has seen unprecedented change – both good and bad. Today, it stands at a crossroads determining a future of opportunity, or one even more tumultuous than its recent past. With a global outlook from the center of the Middle East and a commitment to youth, enlightenment and constructive engagement, The American University in Cairo is embarking on the in-depth, multiyear project El Mostakbal: The Middle East Looking Forward,” said Dean of the School of Global Affairs and Public Policy, Nabil Fahmy.

A press conference was held to discuss the background of the initiative and AUC’s role in leading this ambitious research and policy program. Speakers at the press conference were AUC President, Francis Ricciardone and Dean Fahmy.

“Last February, AUC started its year-long centennial campaign celebrations, welcoming a new century of impact based on our five main pillars; global experience, centennial scholarships, creative incubator, the power of giving, and a vision for MENA; which El Mostakbal Initiative is a part of,” said Ricciardone. He added: “For many years, AUC, Egypt’s global university, has assumed a leadership role in exploring and practically addressing both local and regional challenges, and applying its intellectual and creative capabilities to find potential solutions. El Mostakbal: The Middle East Looking Forward Initiative, which is led and hosted by AUC, is an ambitious research and policy program that charts a way forward for the Middle East and North Africa.”

The launch also included a panel that gathered renowned scholars, current and former government officials and senior experts from Egypt, the region and around the world to examine and discuss the opportunities and challenges facing the Arab world and the Middle East from now until the year 2030.

The panel was moderated by Ibrahim Awad, director, Center for Migration and Refugee Studies, AUC.

The Regional Conflicts and Security Working Group (RCSWG) of the Al-Mostaqbal will convene in an inaugural meeting today and tomorrow to discuss the scope of work of the working group for the coming year. The main key questions that the working group will address are: Where is the Arab region going with respect to its overall regional security and conflict environment? And what corrective policies would be beneficial for all?

The RCSWG is mandated with assessing the trajectory of the regional security situation as it affects the Arab world, with respect to the region’s escalating conflicts, and formulating suggested policy measures that can chart an envisioned alternative future for the region. The RCSWG brings a distinguished group of Arab statesmen, intellectuals, and academics to thoroughly assess the regional security challenges and opportunities that the Arab world is expected to face through 2025, and offer a set of concrete policy recommendations as a means to enhance the region’s overall security.