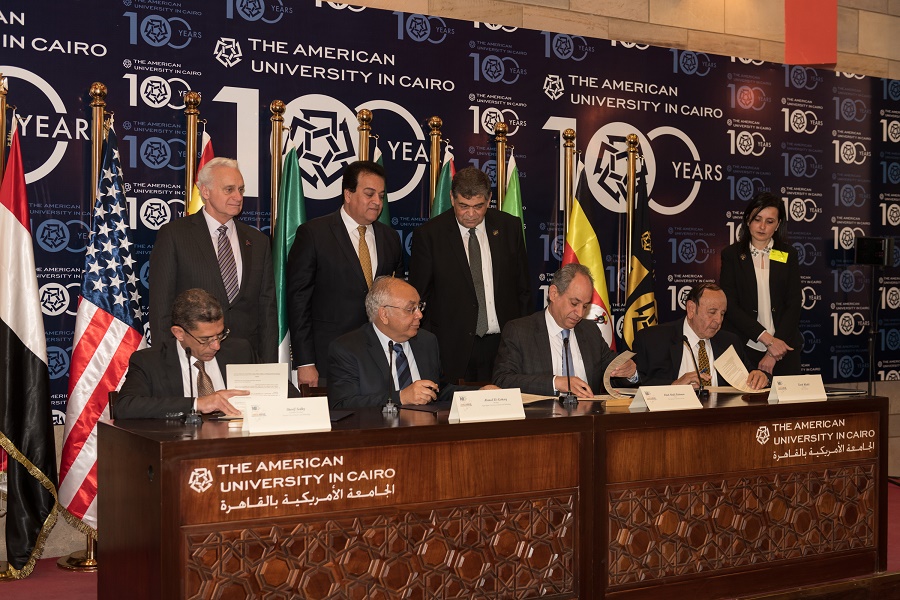 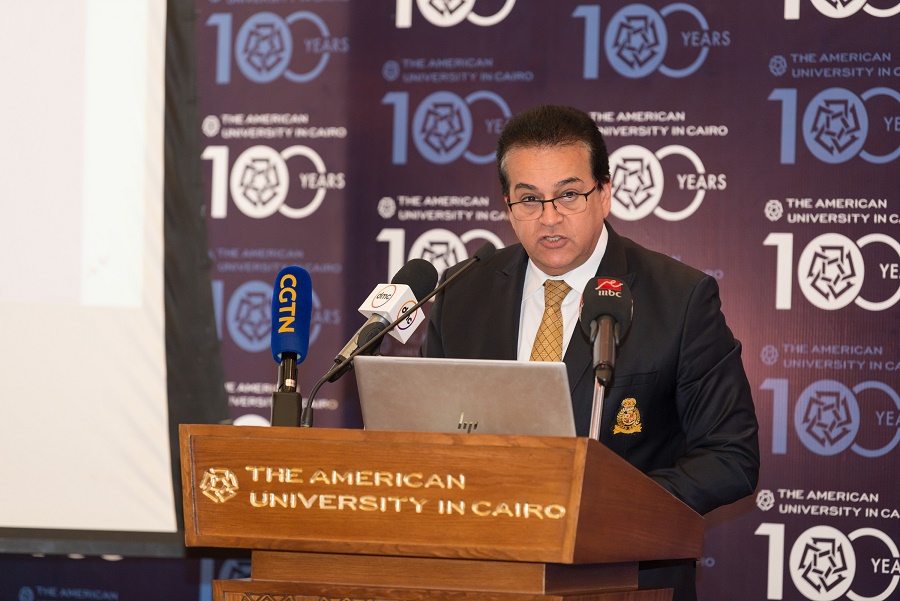 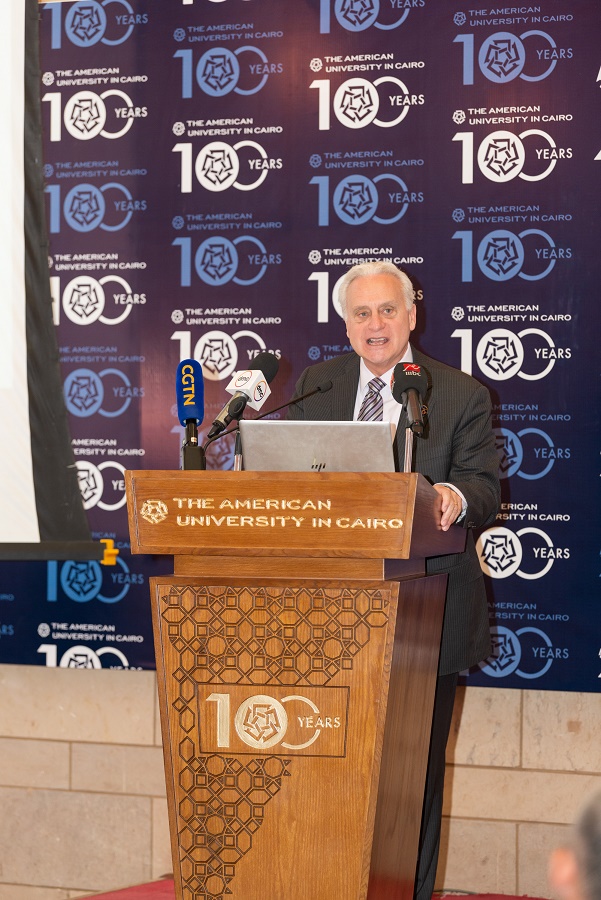 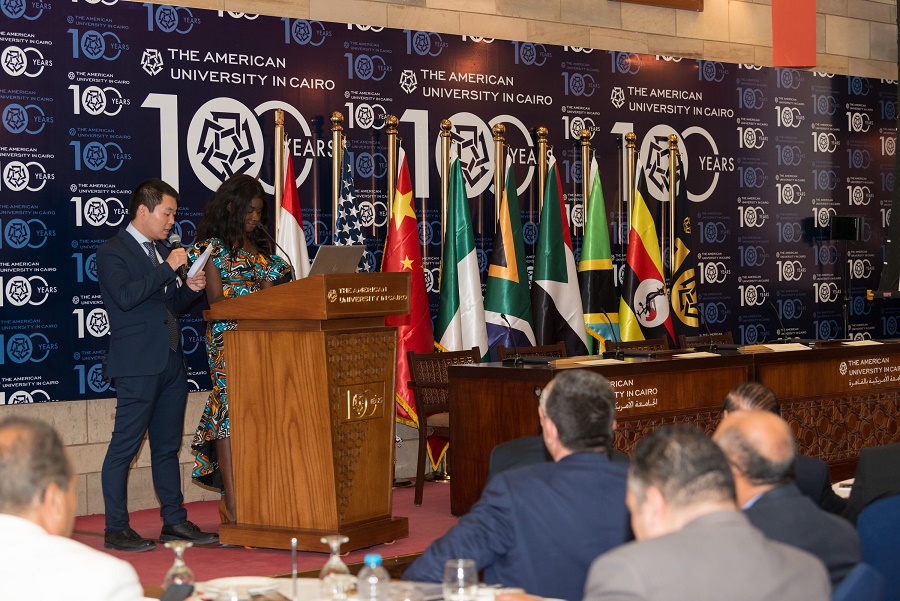 The American University in Cairo (AUC) hosted the Chinese-African Higher Education Forum yesterday as part of its yearlong centennial celebrations and in light of the Year of Education initiative in Egypt and the country’s presidency of the African Union. The two-day forum aims to focus on the strategic priorities for higher education in China and Africa in order to identify areas for collaboration between their universities. Collaborations include science and technology, innovation, student exchanges, mobility of researches, culture and other fields of education.

"I'd like to congratulate AUC for celebrating 100 years in Egypt — a century of education and of supporting the government of Egypt in generating qualified and skilled graduates,” said Abdel Ghaffar. “It is also a good opportunity to hold this celebration in coordination with the Chinese and African Universities, which is a very good sign for the strong relations between Africa and China. It also reaffirms our roots to the continent of Africa. We recognize the significant importance of education and its critical role to build skilled-human capital and promote sustainable development. Therefore Egypt is investing nearly four per cent of the GDP in education and nearly one per cent on science, technology and innovation.”

In his opening remarks, Ricciardone emphasized that Egypt and AUC welcome and want to attract more African, Chinese and Asian students. He added: “We have 100 years of history as serving Egypt, the region and the world as Egypt’s global university, as a crossroad and a forum for ideas, for people who do research, study and learn together, not only for the sake of learning but to address the problems of the world.”

The forum is attended by 200 notable guests from leading Egyptian educational institutions, as well as Chinese and African universities' presidents, leaders and specialists. The discussions include partnerships and bilateral relations, strategic cooperation based on the One Belt One Road initiative, Chinese - African joint research and exchange plan, internationalization of higher education locally and internationally, cultural diversity, mutual recognition of academic qualifications, opportunities and challenges of higher education in the digital era, role of Chinese - African high education partnership in sustainability and the universities’ approaches to implement the 2030 Agenda.

During the event, a memorandum of understanding was signed between AUC, Egyptian-Japanese University for Science and Technology (E-JUST), Nile University (NU), and Zewail City for Science and Technology (ZCST) to begin the Coalition of University Research Excellence in Egypt (CUREE). Alaa El Din Adris, associate provost for research, innovation and creativity, said: “AUC initiated this coalition to provide a healthy research platform, through which all universities that are research-focused can share not only their experiences and research but their facilities as well.”

The coalition was initiated by agreement among the academic leadership of the four universities in order to enhance the quality and the level of integration in academic research between them. It allows all members the availability of research facilities, under a shared access agreement. It also strengthens their research output by activating synergies among research groups, and building their capabilities to attract major research endeavors through national and international funding of global research priorities.

At the forum, AUC announced new scholarships for 50 Egyptian students and 50 African students, funded by Moataz Al Alfi, long-time supporter of AUC, Chairman of Egypt Kuwait Holding Company and a member of the University’s Board of Trustees. Al Alfi, said at the Forum: “I am committed to development in Africa and Egypt.”

Ricciardone stressed on the important role that donors play in supporting the University, saying: “We rely on the generosity, vision and commitment of our private donors...” He thanked Al Alfi, saying, he is “one of our most visionary donors over the years and a also trustee..He hasn’t been only a supporter of AUC but of Egypt and comes of a family that has supported Egypt in the fields of education and development over the decades.”