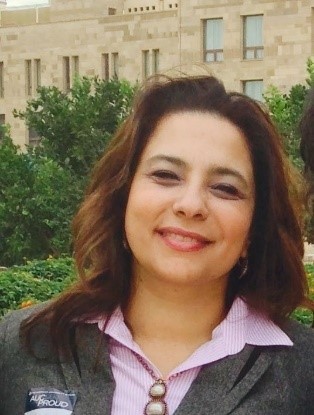 Mona Said is currently associate professor of economics at The American University of Cairo (AUC), Egypt. She earned her BA and MA degrees in Economics from AUC and her MPhil and PhD degrees in Economics from University of Cambridge, United Kingdom, where her doctoral research was on the political economy and econometrics of labor market segmentation and institutional change in Egypt.

She previously held the position of Regional Economic Consultant on the South Eastern Mediterranean (SEMED) Region, in the Office of the Chief Economist of the European Bank for Reconstruction and Development (EBRD) London, United Kingdom, and was Economic Consultant to various International European and Euro-Med Institutions (UN Women, ILO, European Training Federation and FEMISE). She was also previously lecturer in Economics and assistant professor with reference to the Middle East at the Economics Department of the School of Oriental and African studies (SOAS), London University. She also held operational positions at the Middle East and North Africa Department of the World Bank and Policy Development and Review Department of the International Monetary Fund. Said is currently academic affiliate of the London Middle East Institute (LMEI), SOAS, London, board member of FEMISE (the Euro-Mediterranean Forum of Institutes of Economic Sciences) France and active Research Fellow of the Economic Research Forum for Arab Countries, Iran and Turkey.