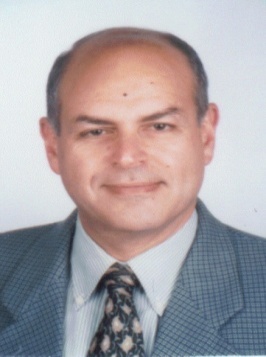 Right after graduation, he was appointed teaching assistant in the department, received his MSc in April 1973,  and remained there until he joined the Department of Mechanical Engineering (Heat Transfer section) at the Imperial College for Science and Technology (IC) in October 1973, to pursue his studies under the direct supervision of  the late Prof. Brian Spalding(DSc), globally recognized as the father of CFD(Computational Fluid Dynamics). Serag-Eldin was granted a Ph.D. from IC in 1977, and after some short post-doctoral research at the Atomic Energy labs in Harwell, UK, he returned to Cairo University to resume his academic career, where he was appointed as an Assistant Professor in November 1997,  then promoted to an associate professor in 1983, and finally to a full professor in 1988.

Serag Eldin remained affiliated with Cairo University until joining AUC in 1996.  However, from 1983 to 1987, he was seconded to IBM's WTC research center in Egypt, where he first joined as a scientist and later promoted to project leader, and finally to projects coordinator. His main task during this period was to develop new computer-intensive applications in CFD

From 1988 to 1996, Serag-Eldin founded and supervised the Higher Institute for Energy in Aswan as acting dean, while still carrying a full academic load at Cairo University. This institute was the result of joint collaboration between the Ministries of Higher-Education and Energy and was the first institute to be accredited by the Supreme Council of Higher Universities. It is currently affiliated to the University of the Southern Valley as the Faculty of  Energy Engineering.

Serag-Eldin joined AUC in Fall 1996, as a full-time faculty in the then Mechanical Engineering Unit of the Engineering department, where he taught Thermo-fluids and Computational Analysis courses. In Fall 1997, he was selected Unit head and occupied that position until the unit expanded to a full department in Fall 2000. He then chaired the newly founded department for the following six years, i.e. from 2000 to 2006.

ENGR 312, Engineering Analysis and Computation I