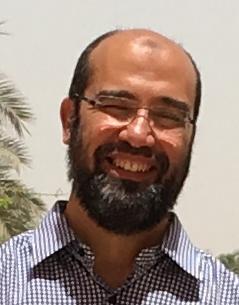 Mohamed Moustafa received his PhD in electrical engineering from the City University of New York in 2001. Even before graduation, he joined a startup company, Visionics Corp., NewYork, USA as a research scientist in 1998 where he conducted research in specific aspects of computer vision algorithms for human facial recognition, including face detection at a distance, tracking, pose estimation and pose compensation. He continued growing with the company, which is now known as IDEMIA; one of the largest biometrics companies in the world. Moustafa served in IDEMIA in many capacities, until 2017, including senior reseach scientist, and R&D group leader in USA, Germany and France. He led multiple projects, including embedded face detection into major Japanese manufacturer digital cameras, invented an efficient way to estimate the face pose angle from a face image and built a 3D face model from a single 2D input face image. Since 2017,  Moustafa has been principal research scientist with VKANSEE Tech, NY, USA; a startup company applying his AI and computer vision research in the area of embedded finger/palm print recognition.

In addition to  Moustafa's industrial career, he has passion for academia. In 2011, he joined the American university in Cairo as an associate professor with the computer science and engineering department, where he teaches AI, computer vision, and machine learning related courses. Additionally, he enjoys supervising research projects with his magnificient pool of students applying deep learning methods in autonomous driving, human action recognition, and medical diagnosis among others.

He holds four issued US patents in the field of biometrics and computer vision. He has co-authored more than 50 research papers published in international journals and conferences. He is a member of the IEEE, the IEEE Computational Intelligence Society, the IEEE technical committee on multimedia computing, and the IEEE technical committee on pattern analysis and machine intelligence.

For more details, refer to his profile at this link