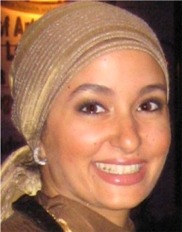 Motawy is an educator, translator, reviewer, scholar, mentor and editor for children’s literature. Her doctoral and post-doctoral research has been on ideology and discourse in Arab children's media and literature.

Motawy has been involved in the promotion of reading in the Arab world and the revival of the Egyptian section of IBBY from 2012 to 2018 and was associate editor of the Routledge Companion to International Children’s Literature, and has served on the 2016 and 2018 Hans Christian Andersen Award Jury.