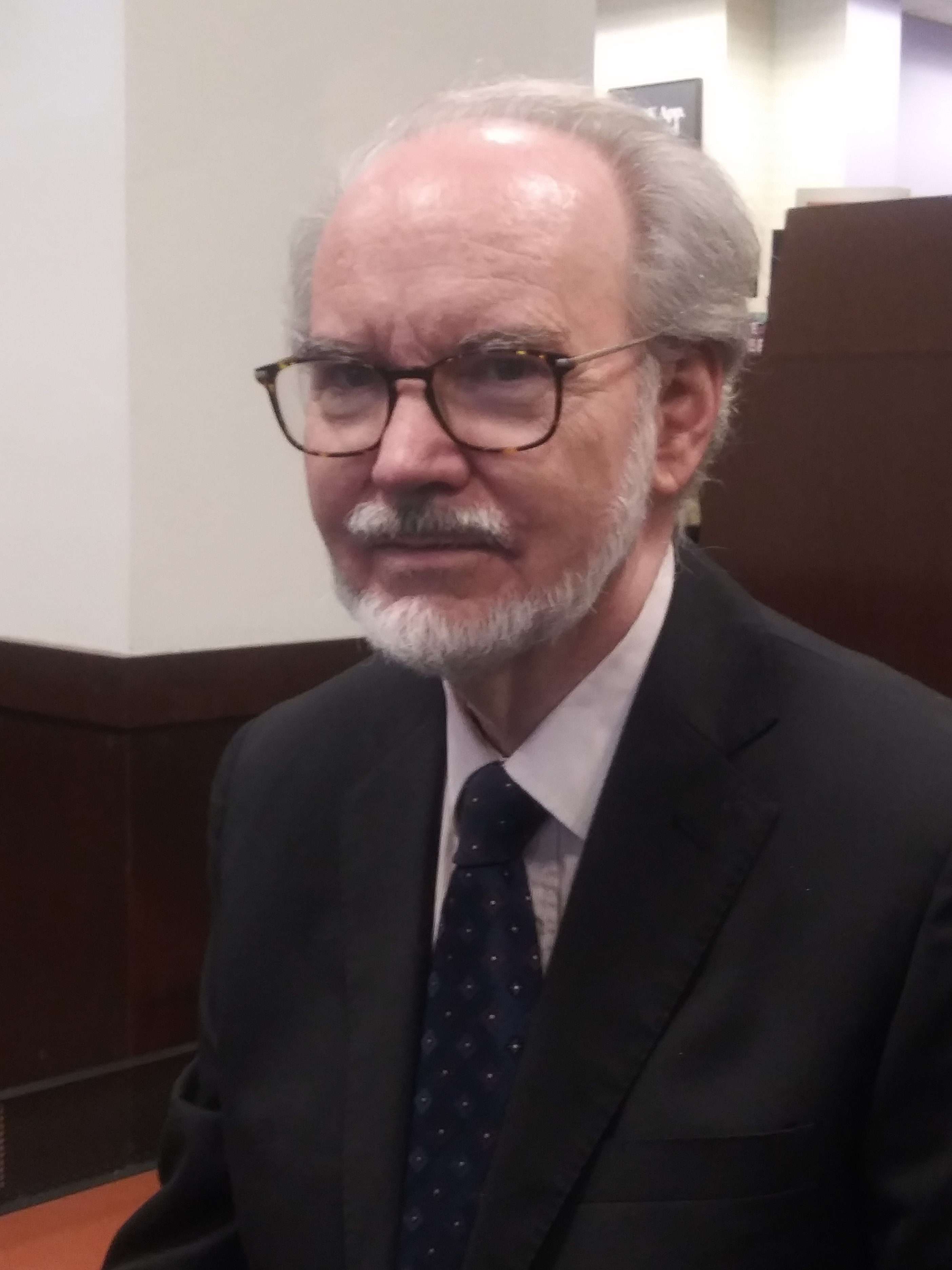 William D. Melaney is a professor at the Department of English and Comparative Literature at The American University in Cairo. He holds an MA in English from the University of Chicago and a PhD in comparative literature from Stony Brook University in New York. Melaney served as department chair from fall 2004 to Spring 2006 and again in spring 2012. His current teaching fields include eighteenth-century literature, European Romanticism, the history of literary criticism, hermeneutics, and recent work in aesthetics. During the spring term, he has offered “Quests for the Absolute,” “The Origins of Drama,” “Foucault and Cultural History” and “Spectres of the Other” through the literature/philosophy interface. He is currently active in the department’s program for graduate studies.

Melaney has published more than 40 articles in the fields of literary criticism and modern philosophy. His work has appeared in New Literary History, Connecticut Review,  Journal of the Kafka Society of America, Journal of Speculative Philosophy, Journal of the History of Philosophy, International Studies in Philosophy, and The American Journal of Semiotics, among other publications. He has published three books on modernism as a literary and philosophical concept: After Ontology: Literary Theory and Modernist Poetics (SUNY Press, 2001); Material Difference: Modernism and the Allegories of Discourse (Amsterdam and New York: Rodopi Press, 2012); and Alterity and Criticism: Tracing Time in Modern Literature (London and New York: Rowman and Littlefield International, 2017).

Melaney has also published the book, Figural Space: Semiotics and the Aesthetic Imaginary (London and New York: Rowman and Littlefield, 2021), which explores a new approach to literature in adopting Julia Kristeva’s semiotics as the starting point for reinterpreting Freud and Hegel. A major claim of the book is that Hegel can be read hermeneutically as an aesthetic thinker whose approach to time, language, and the imagination needs to be revisited. The poetry of Spenser, Wordsworth, and Shelley as well as the novels of Proust, Jean Rhys, and Kazuo Ishiguro are explored on the basis of this special method.

Why does philosophical aesthetics so often implicate us in historical reflection? Melaney’s current research project focuses on this interdisciplinary question. It will begin with a discussion of Kant’s aesthetics and then engage the different approaches of Hegel and Nietzsche to discuss the attempt to reintegrate aesthetics and life. Heidegger, Ricoeur and Foucault seem to be resistant to aesthetic models of cultural experience; however, all three at least partially overcome this resistance in their later work. Finally, Rancière’s ‘return’ to aesthetics will be shown to reclaim historicity in a way that builds on the achievements of predecessors. The outcome of this inquiry will be a new theory of cultural practices.