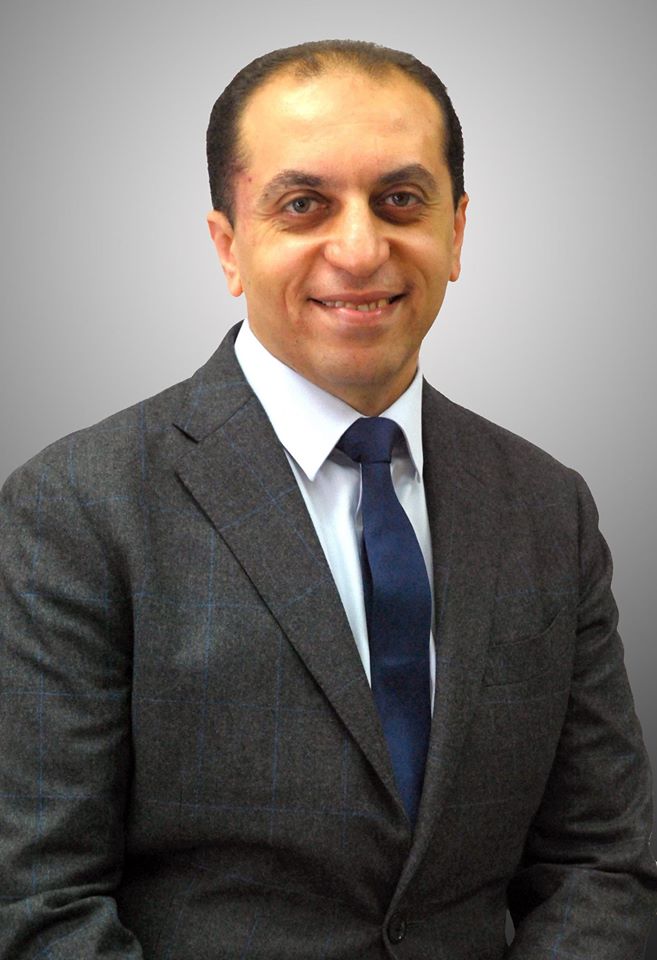 He participated in extracurricular research with highly ranked institutes in the UK, such as the Space Syntax laboratory, Bartlett School of Architecture and the Bartlett School of Environment, Energy and Resources, University College London between 2007 and 2015, and Dyson School of Design Engineering, Imperial College London in 2017. His area of research focuses on design thinking and cognition, creativity and innovation, design computing and digitally mediated environments, descriptive and prescriptive models, BIM applications in architecture practice, parametric and generative design, syntactic methods, graph theory, linkography and network analysis. He has had publications in international conferences and symposia, chaired workshops and was invited as a key speaker in prestigious international venues.

He received an honorary nomination as a finalist for the Entrepreneurial Award, organized by Britain Embassy in Egypt and British Council, hosted by His Excellency HMA John Casson, Britain ambassador in Egypt in March 2017, and was shortlisted for the RIBA President's Award for Research 2016 for the best doctoral dissertation category, organized by the Royal Insitute of British Architects in October 2016.

Tamer has a varied enterprise in architectural design having contributed in various multi-disciplinary projects with British architectural firms in a variety of rewarding projects – i.e. Magistrates’ high courts, Westminster, London. He specializes in design concept development and detailing, BIM and technicalities. He is a national award-winning architect with a broad spectrum of knowledge in various architectural domains and awareness of the British and Egyptian building regulations.

He is a trainee in Neuro Linguistic Programming NLP and Continuous Professional Development.

PhD Doctorate of Philosophy in Architecture and the Built Environment

Thesis: Images’ Significances in the Architecture of Contemporary Mosque

El-Khouly, T. (2015b) Insights into what it means to think and design as a creative architect. EU-Korea Conference On Science and Technology (Strasbourg: July, 25th, 2015)

El-Khouly, T. (2014b) Is Design a Hierarchical or a Transformative Process? EU-Korea Conference On Science and Technology (Vienna: July, 25th, 2014)

El-Khouly, T (2014a) Is Design 'Hierarchical' or 'Transformative' Process? The Bartlett PhD Conference 2014.

El-Khouly, T and Penn, A (2013) Directed Linkography and Syntactic Analysis: Comparing Synchronous and Diachronic Effects of Sudden Emergence of Creative Insights on the Structure of the Design Process. In Proceedings of 9th Space Syntax Symposium (SSS9 2013), Soul, Korea, 31 Oct ~ 3 Nov 2013.

El-Khouly, T (2013) The structure of reasoning and emergence of creative insights in architectural design process. In digital proceedings of the Fifth International Congress of International Association of Societies of Design Research (IASDR 2013), Tokyo, Japan, 26-30 August 2013.

El-Khouly, T and Penn, A (2012b) On An Integrated Analytical Approach to Describe Quality Design Process in Light of Deterministic Information Theory. In Proceedings of the 5th International Conference on Design Computing and Cognition (DCC’12), College Station – Texas, 5-9 June, 2012.