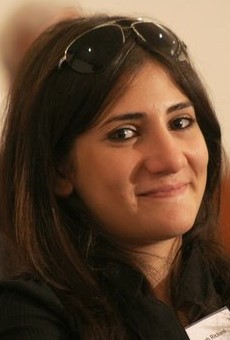 Sarah El-Richani is Assistant Professor of Mass Communications at The American University in Cairo. She was visiting fellow and academic visitor at the Centre for Lebanese Studies and St. Antony’s College, University of Oxford during the academic year 2016-2017. She completed her doctoral studies in 2015 in the field of International Communication and Comparative Media Studies at the University of Erfurt, Germany and courtesy of a DAAD Scholarship. Sarah obtained her MA from the University of Westminster courtesy of the Quintin Hogg Scholarship and her BA from the American University of Beirut, Lebanon where she received the Penrose Award. She has previously lectured at Qatar University and has carried out consultancies for a number of media development organizations including BBC Media Action, MICT Berlin and the London-based Article 19, among others. Her monograph, Lebanon: anatomy of a media system in perpetual crisis was published by Palgrave Macmillan in 2016. Sarah is on Twitter (@srichani) where she tweets on Middle-Eastern politics, media and most else.