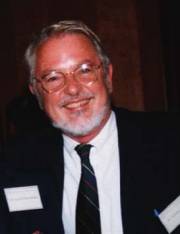 Nicholas Hopkins received his PhD from the University of Chicago. He conducted his fieldwork in Mali (West Africa), where he studied local politics and development in the small town of Kita. This formed the basis for his Popular Government in an African Town: Kita, Mali (1972) as well as several articles, including most recently “Memories of Griots” in Alif 1997.

Hopkins taught at New York University (1967-1975). During this time he developed a new research interest in Tunisia, where he spent two research years in 1969-1970 and 1972-1973. This resulted in a series of articles and a 1983 book on agrarian and social change in Testour, a small town in northern Tunisia. Testour ou la transformation des champagnes maghrébines was published in Tunis in French and was for many years assigned to sociology students at the University of Tunis.

In 1975, Hopkins left New York University and came to the American University in Cairo. Shortly afterwards, he turned his attention to issues of development and social change in Egypt. In 1980-1981, he conducted research in a large village outside Asyut in Upper Egypt; this was published as Agrarian Transformation in Egypt (1987). Subsequently, he was involved in a series of other research projects, mostly in conjunction with the Social Research Center of AUC. These dealt with agricultural mechanization, irrigation, agricultural marketing, and the social response to environmental change and pollution. In addition to writing or co-authoring many articles, books, and reports based on this research, he is the co-editor, in conjunction with Saad Eddin Ibrahim and other colleagues, of Arab Society, the required text for Anthropology-Sociology 210, Arab Society. Three versions of this have been published, most recently in 1997.

In 1990-1991, Hopkins spent half a year in India looking into the Indian experience of rural development, reading the analyses of Indian and other scholars and visiting rural development projects around India.