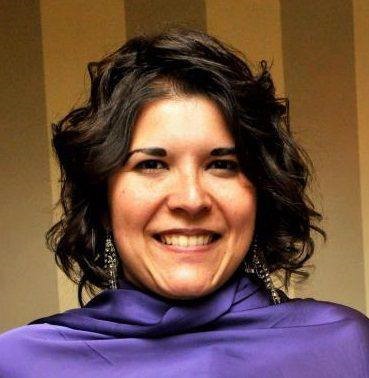 Nadine Abdalla is a Visiting Assistant Professor at The American University in Cairo (AUC), department of Sociology, Egyptology and Anthopology (SEA), Sociology Unit. In 2015/2016, she was a EUME Post-Doctoral Fellow at the Center for Middle Eastern and North African Politics at the Freie Universitat of Berlin. In 2014, she got her PhD from Sciences-Po Grenoble with highest honors and in 2006, her MA from Sciences-Po Paris in France.

She has received several prestigious awards and fellowships such as “Europe in the Middle East and the Middle East in Europe” (EUME) and The Center of Economics, Juridical and Social Studies (CEDEJ) post-doctoral fellowships; The German Institute for International and Security Affairs and The Swiss Confederation doctoral fellowships; and The Eiffel Master’s scholarship of excellence. She has worked for Egyptian and European Research Centers such as Al Ahram Center for Political and Strategic Studies (ACPSS) in Cairo and The German Institute for International and Security Affairs (Stiftung Wissenschaft und Politik -SWP) in Berlin. Abdalla also participates actively in the research activities of The Euro-Mediterranean Study Commission (EuroMeSCo) based in Barcelona (ranked 7th best think tank network worldwide, according to the University of Pennsylvania’s 2014 “Global Go to Think Tanks Ranking”) and is member of The Arab German Academy for Sciences and Humanities (AGYA), based in Berlin.

Her research papers and articles have been published by both distinguished academic journals, such as Mediterranean Politics and well renowned policy outlets, such as the Middle East Institute (MEI) in Washington, The European Institute of the Mediterranean (IEMed) in Barcelona and the German Institute for International and Security Affairs (SWP) in Berlin. Abdalla also writes a weekly column for the Egyptian daily Al-Masry Al-Youm and has several articles published in other Egyptian newspapers. Currently, she is working on her book manuscript based on her PhD thesis named : Labor against the State- Workers Mobilizations under Egypt’s Mubarak (2004-2011).