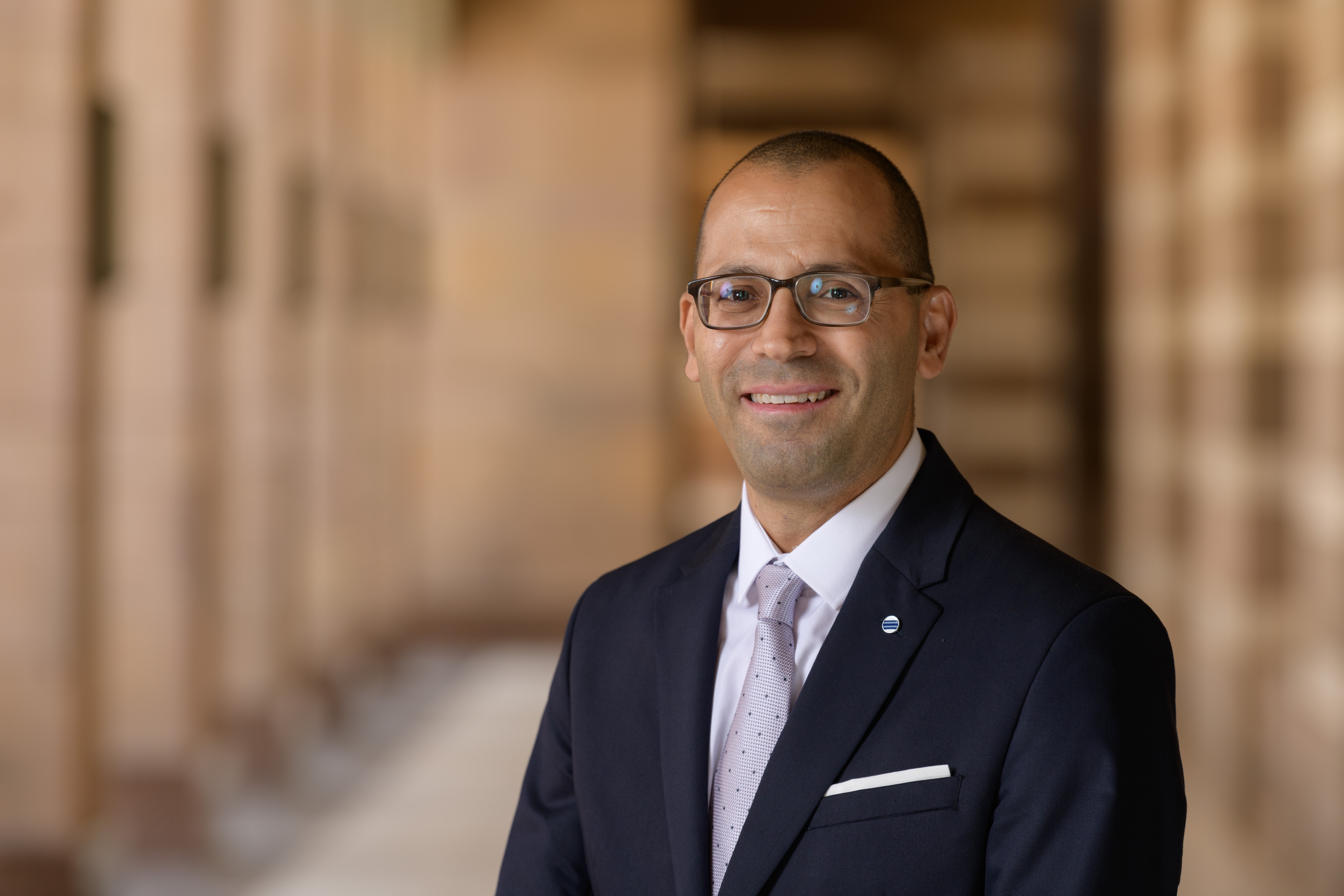 Professor Mustafa Arafa is a professor of mechanical engineering at The American University in Cairo. He received his BSc and MSc, both in mechanical engineering, from Cairo University in 1994 and 1997, respectively. He obtained his PhD in mechanical engineering from the University of Maryland in 2002. Dr. Arafa’s research interests lie in the broad fields of design and dynamics, including energy harvesting, vibration-based damage identification and liquid sloshing. In addition to his academic activities, Dr. Arafa is engaged in several industrial projects and consultations in the areas of vibration analysis and control. Dr. Arafa received the Egyptian National Award in Engineering Sciences in 2008 and 2015. This award is granted annually by the Egyptian Academy of Scientific Research and Technology in recognition of outstanding research achievements nationwide.