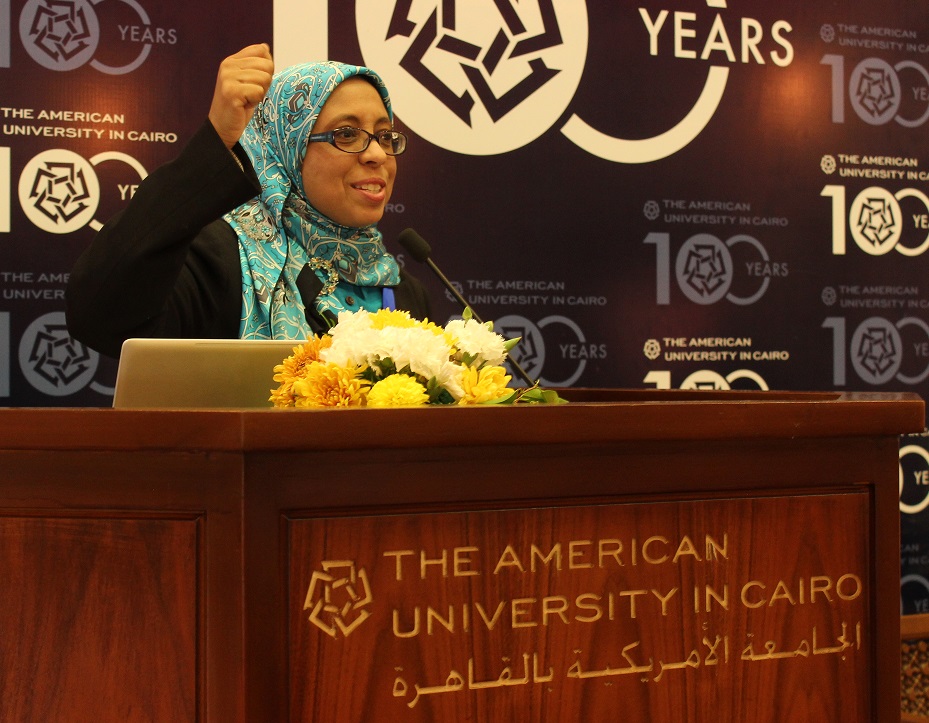 Mona Amer is a professor of psychology and founding chair of the Department of Psychology at The American University in Cairo (AUC). She received the University’s Excellence in Academic Service Award in 2018 and the Excellence in Teaching Award in 2011. She was also awarded the Best Faculty-NGO Partnership Award and an Innovative Teaching Award by the AUC's Center for Learning and Teaching.

Amer’s clinical, research, and policy interests are in minority mental health, specializing in the Arab and Muslim American minorities. She has around 50 publications, including two papers in American Psychologist: The flagship journal of the American Psychological Association (APA), and two landmark books focused on counseling Muslims and Arab American psychology. In 2016 her co-edited book Handbook of Arab American Psychology received the Evelyn Shakir Non-Fiction Award at the Annual American Book Awards by the Arab American National Museum (a Smithsonian affiliate). In 2019 she received a national Scopus Award in Psychology, representing Egypt's highest-impact scholarship in psychology. In 2020 she was honored with the Award for Distinguished Contribution to Psychological Scholarship by the American Arab, Middle Eastern, and North African Psychological Association. Amer has been a keynote speaker at professional conferences in many countries, including US, UK, Malta, and Italy.

Amer received her PhD in clinical psychology from the University of Toledo, Ohio, in 2005. She completed her pre-doctoral internship at the Connecticut Mental Health Center and The Consultation Center at the Department of Psychiatry, Yale University School of Medicine. In 2006, she was awarded the annual American Psychological Association’s Award for Distinguished Graduate Students in Professional Psychology for her outstanding and innovative leadership in addressing the mental health needs of Muslim and Arab Americans. She then pursued a two-year postdoctoral specialization in ethnic/racial behavioral health disparities at the Program for Recovery and Community Health, also housed at the Yale Department of Psychiatry. This was as the sole recipient of the 2005-7 APA Minority Fellowship program’s Postdoctoral Fellowship in Mental Health and Substance Abuse Services. She taught as an adjunct professor for the community psychology master’s program at the University of New Haven. This was followed by an assistant clinical professor position at the Yale Department of Psychiatry that overlapped with her arrival at AUC in 2007. Amer is a licensed psychologist in the state of Connecticut.

Amer’s primary research program focuses on minority mental health in the US, particularly racial/ethnic disparities in behavioral health. Disparities include poorer mental health status, reduced service access, poorer quality of care, and poorer service outcomes for minority groups. She is interested in how immigration experiences, acculturation stressors, discrimination/ stigma, and minority status contribute to these disparities and the roles of culturally competent services and community-based programming in eliminating the inequalities. Within this framework, her specialization is in the much-ignored Muslim American and Arab American populations, particularly in the hostile post-9/11 socio-political context. From 2007 to 2010, she served as the editor-in-chief for the Taylor and Francis Journal of Muslim Mental Health. Moreover, due to the paucity of psychometrically sound instruments for use in minority research, she developed an interest in measure development, particularly Rasch rating scale analysis.

Amer is interested in research applications to clinical work, community interventions, and mental health policy. She has worked on developing cultural competence training programs for practitioners serving Muslim clients that have been administered in the US and the UK. She previously served as a Steward Group Member of the National Network to Eliminate Disparities, US Substance Abuse and Mental Health Services Administration (SAMHSA). Before that, she served as a member of the Connecticut State’s Mental Health Transformation Workgroup focused on identifying and eliminating disparities in mental health services. She also participated in a listening session by the US Department of Health and Human Services/SAMSHA focused on Arab American and American Muslim Youth Behavioral Health and Well-being.

In addition to the above, she is interested in community psychology, including research on civic engagement among university students and faculty. She previously served as the associate editor of APA Division 27’s The Community Psychologist and Chair of the International Committee.