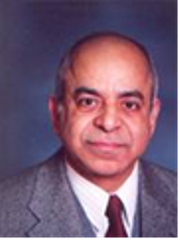 Maher Younan received his BSc and MSc in mechanical engineering from Cairo University (1969, 1972 respectively), and his PhD in engineering mechanics from the University of Tennessee, (1975). His dissertation was titled, "Fracture Mechanics of Weldments using Finite Element Analysis."

He has taught undergraduate and graduate courses in the areas of mechanics of materials, stress analysis, machine design, finite elements, design of pressure vessels and piping systems, quality by design, a design of engineering systems, and advanced stress analysis. He is also the coordinator of the American Society for Mechanical Engineers ASME-AUC program, a collaboration in which AUC has been authorized by ASME to deliver their courses in Egypt and the Middle East. Younan has been the principal investigator in several externally funded research projects and consultation work.

Younan is an ASME Fellow and has been a member of the American Society of Mechanical Engineers (ASME)-Pressure Vessels and Piping Division (PVPD) since 2011. In 2017, he was the Chair of the ASME-PVP 2017 conference held in Hawaii. He is currently the chair of the PVP division.