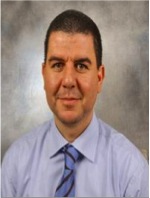 Nassar has taught and conducted research on a number of areas ranging from simulation applications, computing in design and construction, quantitative methods in construction management and technology as well as visualization. He has published over 100 refereed journal and conference papers in top journals in the field with several best paper awards and advised many master and PhD students on topics ranging from data mining applications to simulation of onshore wind farm construction. Furthermore, he participated in research grants worth in excess of one and half million dollars with projects funded by the Illinois Department of Transportation (IDOT), Caterpillar Inc, National Science Foundation (NSF), the European Union (EU) as well as several others.

Nassar has received many awards, including the Caterpillar fellowship, the Hauser Award, as well as a number of best teacher and best paper awards. In addition to his academic work, he has practiced professionally in the United States and various countries in the Middle East in the Architecture, Engineering and Construction (AEC) industry and consulted on a number of projects around the world. He has also provided professional training on a number of topics to various design firms including some fortune 500 companies.