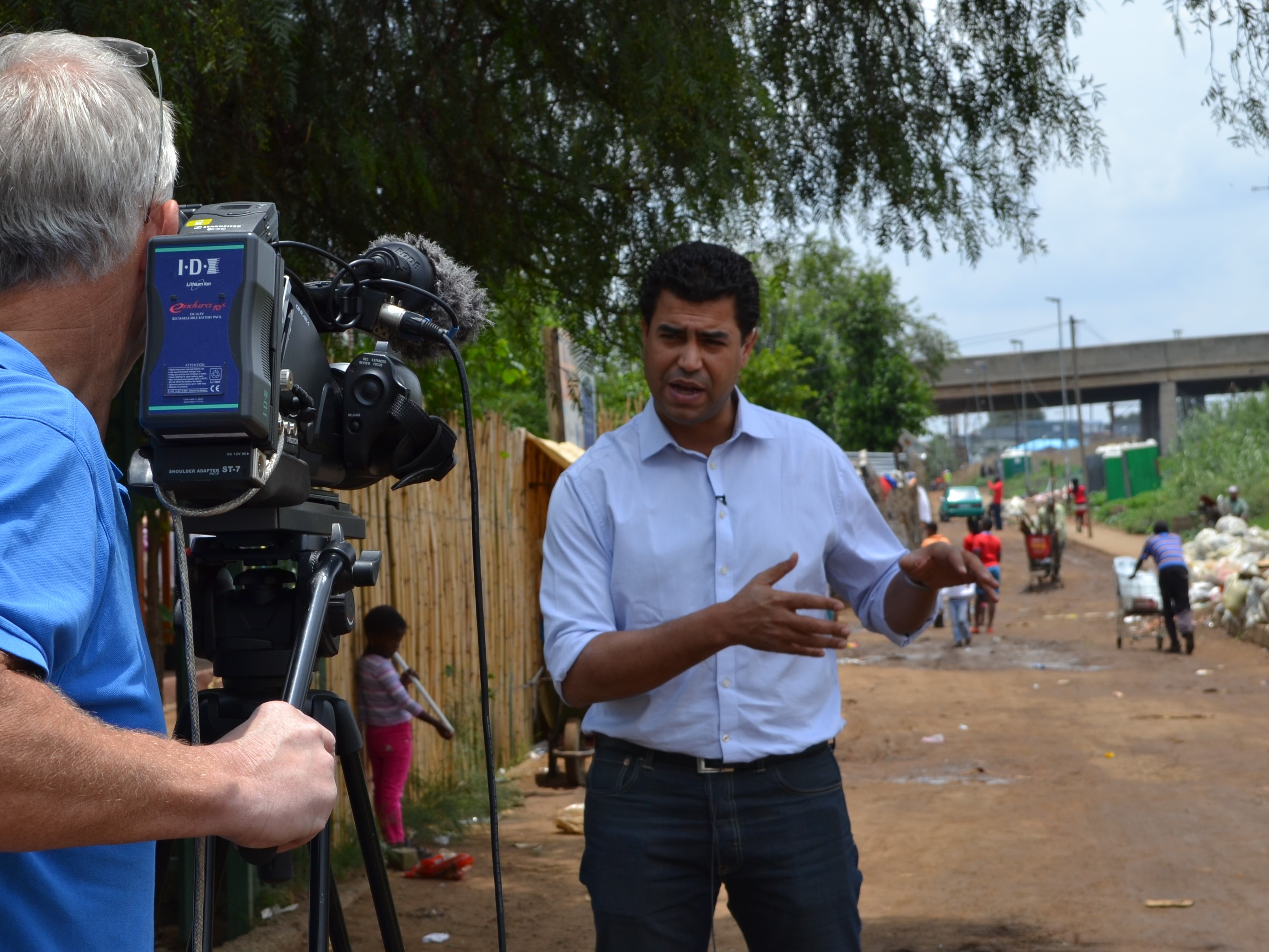 Khaled Ezzelarab is a Middle East based journalist who has been covering major stories in the region at international and pan-Arab news organizations since 2003. As a correspondent for BBC World service, he covered internal strife and war in Gaza (2007 and 2012), the Houthi insurgency in Yemen (2009), the Egyptian uprising and its aftermath (2011 – 2013), the Syrian crisis (2012), as well as numerous stories about the social and economic developments shaping the region. He presented special programs in the run-up for the Egyptian 2012 presidential elections, as well as a weekly discussion program on BBC Arabic. In 2014 he was recruited by Thomson Reuters Foundation to lead its Cairo-based news website Aswat Masriya, where he introduced a new strategy focusing on digital storytelling of Egypt’s socio-economic issues leading to doubling traffic figures within six months. The following year he moved to Sky News Arabia in Abu Dhabi as a Senior News Editor, where he led with his colleagues the channel’s team of reporters and newsgathering producers. His work, particularly long form documentaries, won a number of awards in Egypt and the UK.