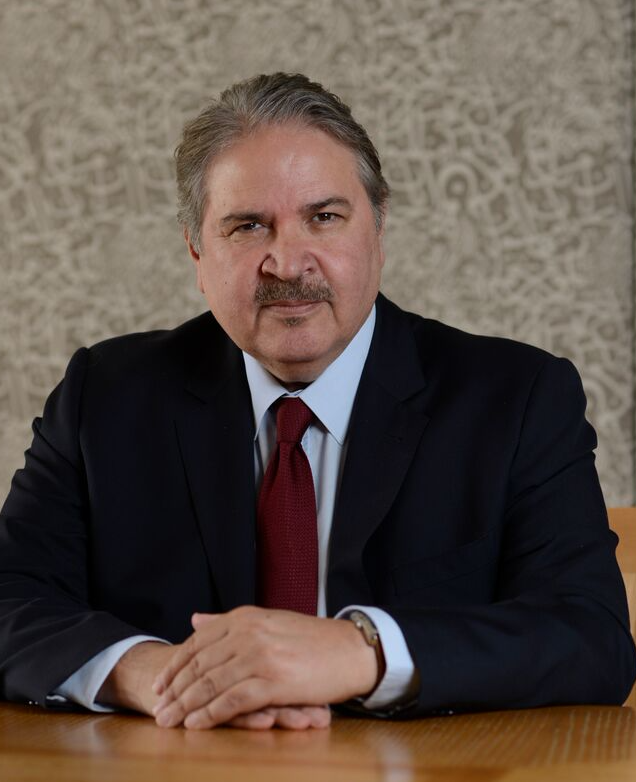 Hussein Amin is the director of the Kamal Adham Center for Television and Digital Journalism and professor in the Department of Journalism and Mass Communication at the School of Global Affairs and Public Policy, The American University in Cairo. He earned a PhD degree from the Ohio State University. He has been an invited lecturer to many universities around the world and has presented keynote addresses to different international media organizations and communication associations. Amin is an active contributor to an extensive list of communication journals and internationally recognized media publications. In addition to his academic work, he has been recognized for his media projects and professional work. Amin has also received numerous awards in recognition for his contributions to the field. Amin’s research is mainly focused on global media systems with an emphasis on media law, regulations and policies in the Middle East.

Amin is a founding member of the specialized Nilesat Television Networks (now NTN) and on the National Committee on Media Monitoring during the Egyptian presidential and parliamentary elections. He is on a number of other boards including: The Board of Advisors for the Arab Thought Foundation (Lebanon), the Board of Trustees of the International Academy for Media and Engineering Sciences, the board of experts for the Global Influence Initiative(GII), United States. He also serves as chairman of the Advisory Board of the Arab Defense League, and the International Media Institute (IMI).

Amin has served as a reviewer for The Journal of Communication (JC), The Journal of Broadcast and Electronic Media, and The Journal of European Communication, the Highway Africa conference, The Binational Fulbright Commission, the Commission for Educational and Cultural Exchange between the United States and Egypt, the Kuwaiti Scientific Establishment (Al Moa'sasah Al Almeih), and The American University in Cairo press. He has has developed media strategies for organizations and governments in the Middle East, including Egypt’s Media City, Nilesat, The Arab League Arab Women’s Media Strategy, the Arab Satellite Charter, Media Assessment in Egypt, The International Academy for Engineering and Media Science

His writings and cited research in both English and Arabic have been widely published in books and academic journals in the United States, Europe, Africa and the Middle East. Amin’s book on "Civic Discourse and Digital Age Communication in the Middle East” is considered a reference for many mass communication scholars in this area of study. Amin is the author of numerous book chapters, several monographs, and many research articles in English and in Arabic and has supervised MA theses and PhD dissertations in many parts of the world. Amin has presented papers to more than a hundred international academic conferences.

Amin is in high demand as a speaker, with over twenty keynote addresses to international European, American, and African academic and professional associations conferences including the European Parliament, IAMCR, Article 19, Global Fusion, AUSACE, Trading Culture (Sheffield-United Kingdom), the European Union, UNESCO and the Freedom Forum. He is a frequent guest expert on television and radio programs in Egypt, the Arab World, Europe, and the United States. He has appeared as a media expert on NHK, CNN, NBC, MBC, Aljazeera, MSNBC, Nile TV, BBC, RAI, and other networks throughout the Arab World as well as China, Japan, and Australia.

Amin has received numerous awards in recognition for his contributions to the field including the Stephen H. Coltrin Award for Excellence in Communication Theory from the International Radio and Television Society (IRTS), the Medallion of Honor from both the Nilesat organization and the Egyptian Media City, and other associations in the field of journalism and mass communication.