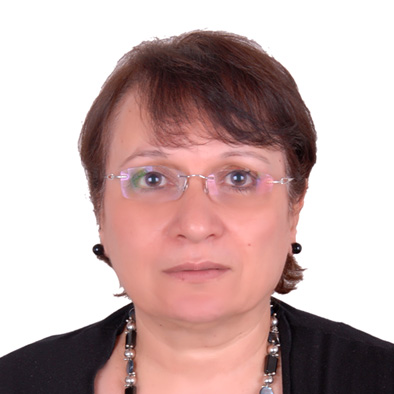 Hoda Rashad is a professor and director of the Social Research Center of The American University in Cairo (AUC). She holds a doctorate in population studies from the University of London. Previously, Rashad worked as chief technical advisor of the United Nations (1993-1995), an associate of the International Population Council (1989-1993), and a faculty member at the Institute of Statistical Studies and Research, Cairo University (1991-1995).

Current responsibilities include active participation in research and directing the substantive program of the Social Research Center (SRC), fundraising, and overseeing the execution of SRC grants (A typical cycle of 3 years, will include an average of 30 grants with a budget of around $4 million). Personal research interests are in the areas of social policies for development, health equity and social determinants of health, gender issues, demographic analysis. She is a resource person and consultant to a number of national and international organizations. Currently ( during 2021), she serves as a member of the Arab States Office of UNFPA Research Advisory Group (2021 -2025), member of the Policy Advisory Group of WHO international report on ‘Social Determinants of Health Equity(2021- present), member of the international advisory group of Institute of Global Health and Development (IGHD) of Aga Khan University (2021- present). Previously, she served as a member of three high-level Commissions established by WHO: Eastern Mediterranean Commission on Social Determinants of Health (2019-2020), Commission on Ending Childhood Obesity (2014-2016), Commission on Social Determinants of Health ( 2005-2008).

Rashad also served as a member of the Technical Advisory Committee to the Regional Director of WHO/EMRO (2013-2016). Member of the Advisory Committee of the WHO Center for Health Development (ACWKC) in Kobe, Japan, for the period of three years (2012-2014). Member of the Regional External Advisory Panel for UNFPA Arab States Regional Office (2009-2010). Vice-Chairman of the Dutch Development Assistance Research Council (RAWOO). The Council advised the Dutch government on policy for development-related research, The Netherlands. (2002-2007). Member of the governing body of Global Development Network (GDN). A network launched in 1999 to support and link research and policy institutes involved in development. (2001-2004).

In Egypt,  Rashad served as a member of the National Council for Women, a council that aims to improve the situation of women and their participation in the development of Egypt (2000-2011); a member of the Senate (Shura Council), one of the two parliamentary bodies in Egypt (2004 - 2011); member of the Social, Humanity and Population Science Council, the Egyptian Academy of Scientific Research and Technology (2009-2012). She has published a large number of scientific papers and has contributed to a number of reports whose recommendations were endorsed in resolutions adopted by the World Health Assembly of WHO, and to reports co-published jointly by SRC and other UN organizations.