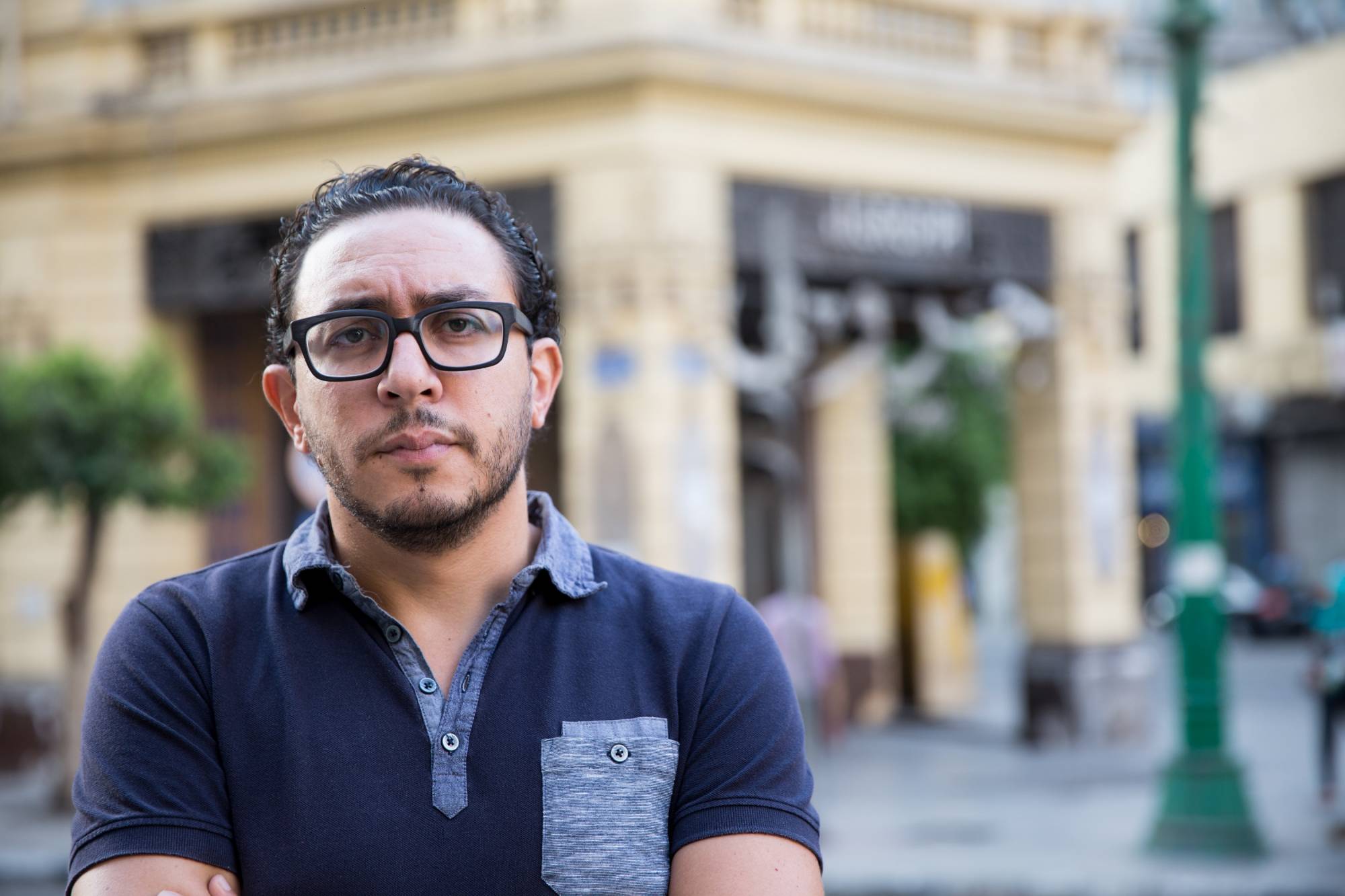 Haytham Nawar is a practicing artist and designer, as well as a scholar in the fields of art and design. He has built his professional and academic career over the past two decades simultaneously fulfilling the different roles.

Nawar’s extensive experience spans continents as he worked at the Ionian Centre for Art and Culture in Kefalonia, Greece, and taught at the School of Design in Hong Kong, in the Department of Communication Design, Polytechnic University. In 2014, he pursued his academic career as an Assistant Professor of Design at the American University in Cairo (AUC), where he served as Director of the Graphic Design Program from 2016 to 2019 before holding the post of Chair of the Department of the Arts at AUC since 2019.

Besides his academic career, Nawar is the founding director of Cairotronica, Cairo International Electronic and New Media Arts Festival, Egypt. Cairotronica is a biannual festival that takes place in Cairo since 2016.

A History of Arab Graphic Design, co-authored with Bahia Shehab and published by the American University in Cairo Press, Egypt, 2020.

Nawar has also participated in several international exhibitions, biennales, and triennials since 1999. Most importantly, in 2015, he took part in The Seven Days, The Heavens and The Earth, In the Eye of Thunderstorm Exhibition at the 56th Venice Biennale, Italy.

In 2016, Khotout West El Balad, a project in which a team of six designers explored Arabic typography of Downtown Cairo, and as a result, designed and generated six Arabic fonts. This project documents the letterforms of Downtown Cairo and recreates them as a restoration and preservation of the old neighborhood and its revival in contemporary times. The project captures letterforms from different eras, their various uses, and how they integrated into the daily lives of the societies they addressed.

In 2018, Nawar’s work was on display in the exhibition titled Collective Bread Diaries: A Taste of Protest at the Art|Sci Gallery, UCLA CNSI CENTER, Los Angeles, USA. Collective bread diaries: cultural identities in an artificial intelligence framework is a project that explores the meaning of the bread and what it signifies to people from all over the world. It came to be as an interactive art project, employing the artificial intelligence of the MTurk platform in its investigation of “bread” as one’s peculiar voice and political statement.

Nawar is researching, writing, and publishing in the field of design History and practices with a focus on the Arab World and Africa. In general, Nawar is interested in multiscriptual design, Arabic type design, and typography. Nawar is also interested in pictographic communication systems as well as the notions of trans-culturalism and posthumanism. His engagement in the new media art community lead him to seek projects that challenge the boundaries between humans and machines in design and art. At present, Nawar is carrying an ongoing project about Designing a Generative Pictographic Language that utilizes machine learning with the goal of producing a unique investigation of the existing, yet unconsciously neglected, relations among the diverse cultures of many civilizations. In addition, he is currently working on two research projects: one that investigates and reflects on multiscriptual communication in Egypt and its important role in defining the Egyptian visual cultural identity, and the second about design and visual cultures in Africa that are barely acknowledged and recorded.