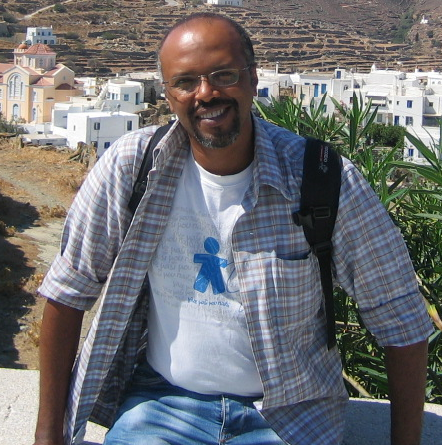 Essam Mohamed is an assistant professor at the Institute of Global Health and Human Ecology (IGHHE) - The Center for Applied Research on the Environment and Sustainability (CARES) at The American University in Cairo.

Mohamed has obtained his MSc and PhD from the Laboratory of Agricultural Engineering, Department of Natural Resources Management and Agricultural Engineering – Agricultural University of Athens – Greece (AUA), in cooperation with the laboratory of solar and other energy systems, Institute of Nuclear Technology – Radiation Protection, National Center of Scientific Research - NCSR “Demokritos” where he examined, with extensive experiments and dynamic models the interaction between renewable energy, energy recovery, water economics in reverse osmosis desalination units for possible application in rural isolated areas.

Since 2002, Mohamed has been active in several R&D projects financed by national and European Union funds. These projects were mainly related to the development of rural areas with regards to bioenergy, fresh water production, water pumping, utilization of renewable energy sources, sea and brackish water desalination, as well as energy efficiency. Mohamed has an extensive experience as project manager in several private companies, universities and research institutions. He has been working as a research and teaching fellow in several European and Egyptian universities. Mohamed is a short-term energy and water expert and consultant at the German GIZ and Cypriot HCL LTD, consultancy companies where he is helping the government of the Kingdom of Lesotho and the Cypriot Ministry of Agriculture in rural development and energy efficiency in Agriculture.