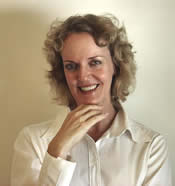 Diana Van Bogaert is director of the law department’s Legal English Training Unit (LETU). She provides academic support to students in both the IHRL and LLM programs in addition to teaching Law 5200 Legal Research and Writing. Her work focuses on the needs of first semester students and continuing students whose language, research and study skills profit from ongoing support. She also accompanies, on occasion, AUC law student teams participating in the African Moot Court Competition organized by the University of Pretoria. She most recently returned from the October 2015 competition held in Zambia.

Van Bogaert has served as director of the LETU since January 2004. From 2004 to 2006, Diana also served as the legal English coordinator of The American University in Cairo’s International Human Rights Law Outreach Project which provided advocacy training support to individuals working in the field of human rights.

During her time in Egypt, Diana has been involved, both professionally and as a volunteer, in a range of language programs which have focused on members of the judiciary and civil servants, as well as individuals from the human rights and refugee communities. She is also a former member of the U.S. Peace Corps and served as a rural agriculture volunteer in Burkina Faso West Africa from 1985 to 1987.

Van Bogaert has a BA in anthropology with a concentration in archeology from Southern Illinois University and received the Outstanding Student in Anthropology award in 1980. She also holds an MA TEFL and MBA from The American University in Cairo.

Diana contributed to the development of American-Mideast Educational & Training Services’ (Amideast) Portfolio of English for Human Rights and Portfolio for Law and Legal Rights English-language publications.