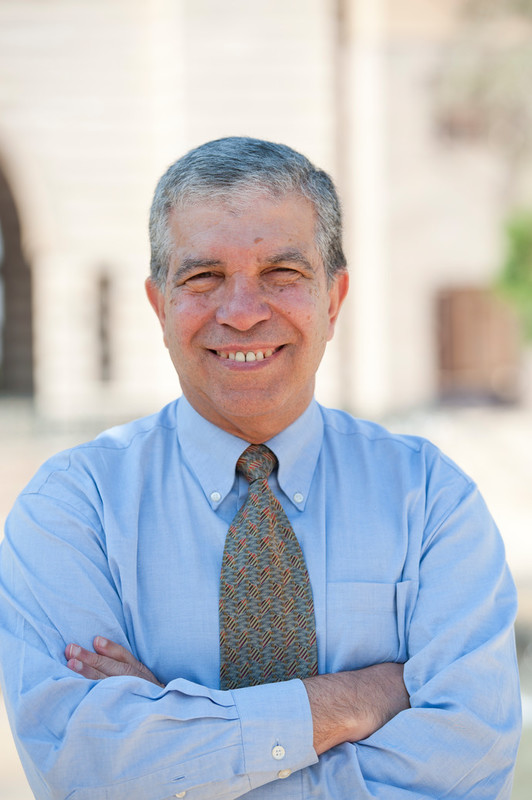 ​Bahgat Korany is the Director of AUC Forum and also a professor of international relations and political economy at The American University in Cairo (AUC). He is an honorary professor at the University of Montreal and, since 1994, has been an elected member of Canada’s Royal Society. He is the first political scientist not born in Canada to be elected to that position. He has also been a visiting professor at various universities, from Sciences Po (Paris) and Oxford to Harvard and Algiers.

In addition to media activity and public talks, at places including the British Parliament ( January 2013) and European Parliament ( April 2017), Korany has published more than 100  book chapters/articles in specialized periodicals from Revue Francaise de Sciences Politiques to World Politics, some of which have been translated into Spanish, Italian, Chinese and Japanese. He has also published twelve books in English, or French. His first book, Social Change, Charisma and International Behavior, was awarded the Hauchman Prize in Switzerland. His 2010 book, The Changing Middle East, has been noted by CNN in 2011 as indicating the “Arab Spring” a year before it happened. He was or is on the editorial board of such periodicals as the European Journal of International Relations, International Studies Quarterly, International Political Science Review, El-Siassa El-Dawliyya, Mediterranean Politics, and Oxford Encyclopedia of Political Science. He was also lead author of the 10th anniversary special volume of the UNDP’s Arab Human Development Report during 2010 to 2013. In 2014, he was voted by the International Studies Association for the award, Distinguished Global South Scholar, for his life achievements. He was the first to receive it from the Arab world and succeeded the dean of African studies the late Ali Mazrui.