You, W-Ana Too: Exploring Sexual Harassment from Multiple Perspectives 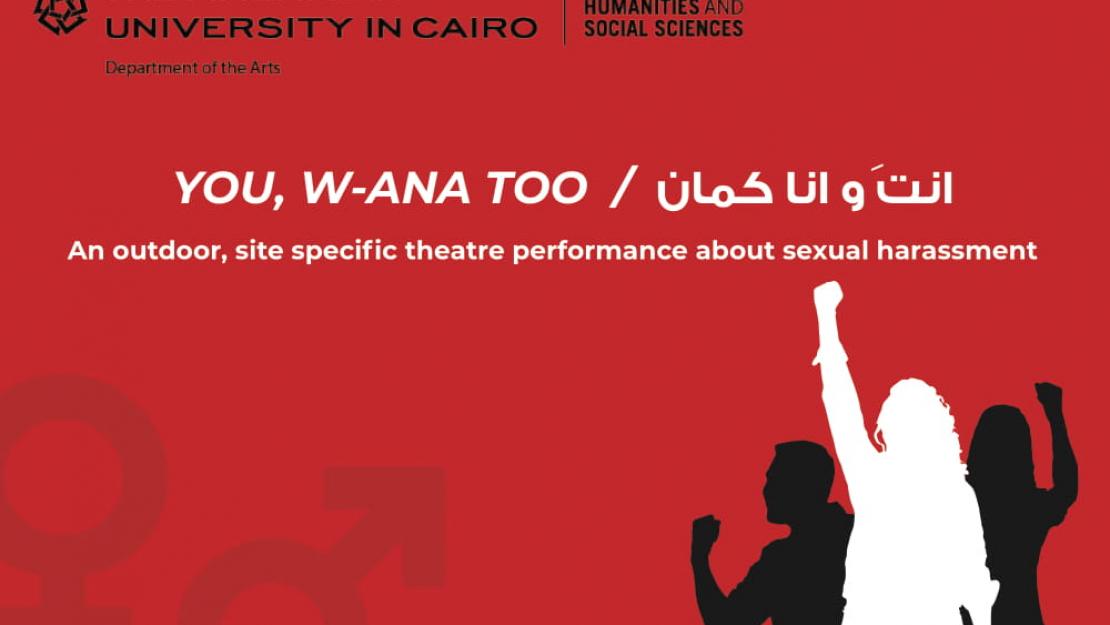 AUC’s Theatre Program is looking to cast actors for the upcoming production, You W-Ana Too, a play that explores the issue of sexual harassment from various perspectives, including family and couple, bystander, victim and perpetrator, male and female, power and incapacity.

Co-creators of the play Jillian Campana, professor of theatre and associate dean of the School of Humanities and Social Sciences, along with Dina Amin, head of the Theatre Program and associate professor of theatre, are encouraging people to try out in order to experience the joy of taking part in a one-of-a-kind production like this one that tackles some of society’s most pressing issues. Auditions will take place on December 3, with callbacks on December 5. The play creators are also looking for stage managers, designers and student guides who help audiences get from one play to the next. Credit is available for those involved.

“Aside from caring about the issue and being interested in promoting conversation, participants will have the joy of being involved in a play,” Campana said. “There is something truly magical about bringing a story to life, embodying another person and working with collaborators to make a story meaningful and resonate. We learn so much about ourselves by studying others in this way.”

The idea for the play draws inspiration from a 2018 Washington Post article, “In Egypt, a #MeToo complaint can land a woman in jail.”

“I remember reading that article, which discusses Amal Fathy and other women who were targeted precisely because they were making or supporting accusations of sexual harassment. I decided then that one of my next AUC productions would be about this issue,” Campana said.

With the events that unfolded this past summer in Egypt and the movement around sexual harassment awareness gaining unprecedented traction, Campana had known that this sort of production would gain support and interest.

For her, exploring different perspectives is essential to understanding why sexual harassment happens, how it happens and what happens in the aftermath. This play, she said, can hopefully encourage conversations that increase awareness.

““Sexual harassment and sexual assault happen everywhere, in every country in the world and most of us have experienced it in some way,” she said. "Change can happen in big and small ways. If just a few people see this performance and think more critically about sexual harassment and make a change as a result of their observations and thoughts, it will be a huge success.”

The play takes a unique format: Split into five different parts, each one takes place outdoors and simultaneously, with audience members moving from one play to the next.

“This allows for discussion in between performances — an unpacking and reflection about the theme and characters and events depicted,” Campana said.

You can find instructions on how to sign up for auditions below. The play will premier in March at the New Cairo campus.