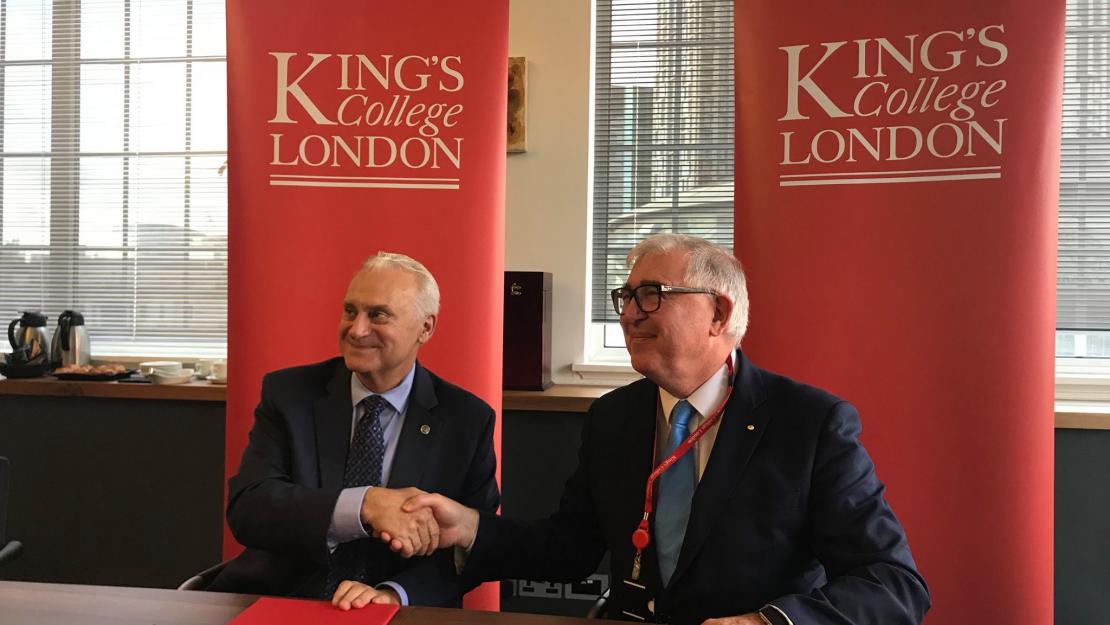 AUC has recently signed a three-year agreement with King’s College London, ranked among the top 25 universities worldwide, for a student summer exchange program as well as academic and research collaboration.

“King’s College is one of the most prominent universities worldwide,” said Ahmed Tolba ’97, ’01, associate provost for strategic enrollment management.” King’s College is very selective with its partnerships, so this agreement is a reinforcement of AUC’s image as a top-quality University.”

The student summer exchange program will be highly competitive, explained Tolba. “It is going to be challenging, as we only have four slots for the King’s College exchange program,” he said, adding that the agreement may extend to a faculty exchange program as well. “A committee will select the students, just like our full-semester exchange programs.” Student selection criteria are similar to all AUC’s exchange programs: having declared a major, maintaining a minimum GPA of 3.2 and completing all English course requirements.

Tolba noted that because UK universities have a different system of their own, unlike the United States or other European countries, partnering up with King’s College London is considered a major success. “The reason the agreement is only for summer exchange is because King’s College courses are on a yearly basis, not by semesters, so it’s not easy to send or receive exchange students during the fall or spring semesters,” he explained. “We are definitely aspiring to develop this agreement to include semester exchange as well, but this will require coordination with a certain school or department to specify some courses that suit the UK system. Until then, we have agreed with King’s College to start off with this summer exchange program.”

In line with AUC’s centennial strategic plan, AUC has been working on growing the number of international students on campus. “Internationalization of the student body maximizes intercultural exchange between students,” Said Tolba. “We want to maintain this as a core part of the AUC experience.”