A Day to Remember: 2018 Midyear Commencement 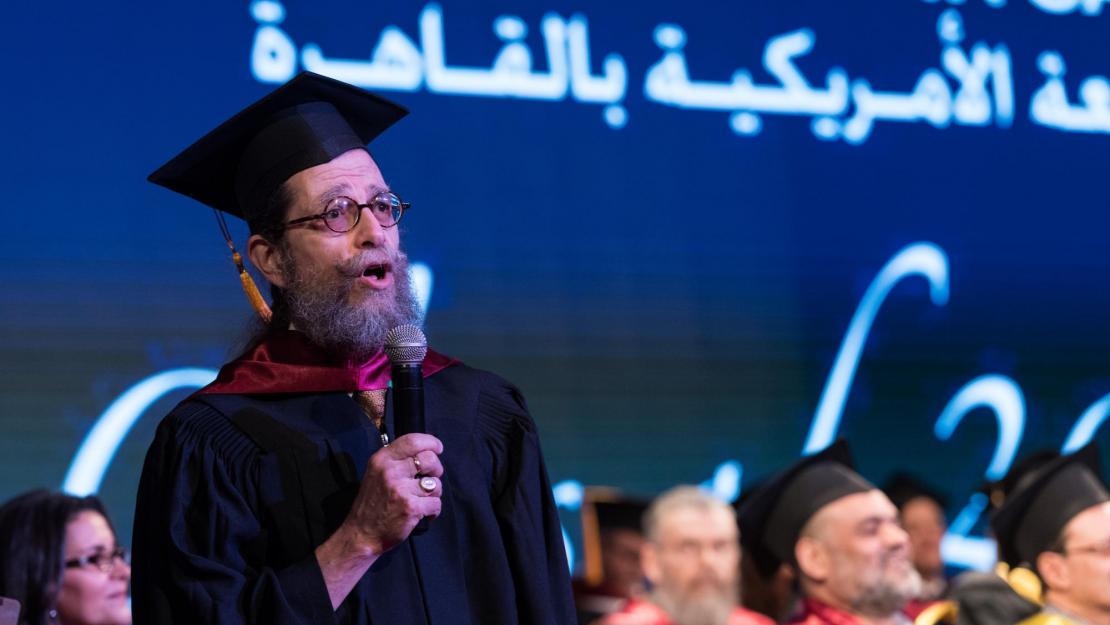 Marking a milestone in their lives, AUC graduates celebrated this momentous event. Follow Farida Khafaga '18, business administration graduate -- from the moment she stepped into her gown to the toss of her cap.

At the commencement ceremonies, students were awarded for their diverse achievements during their time at the University.

Graduating twins Haidy and Helen Saher Rizkalla were both awarded with the President’s Cup as well as the Mohamed El Beleidy Academic Award for achieving the highest grade point average. The two were also given the Mohammed Bin Abdulkarim A. Allehedan Award, recognizing them as the highest performing STEM students.

The Ahmed H. Zewail Prize for Excellence in the Sciences and Humanities  recognized Lobna Dawoud, an honors graduate who has demonstrated a commitment to scientific inquiry and humanistic values.

Omar Hassan Zaky was recognized with the Nadia Younes Award for Public Humanitarian Service for his commitment to community service through the Cairo International Model United Nations program.

The Dr. Abde Rahman El Sawy Award was given to the student with the highest grade point average in the engineering department who is a Public School Scholarship recipient, Mark Sameh Tadros.

The Parents Association Cup was awarded to Mohamed Nabil Heggi for his achievements and contributions to student activities.

The Omar Mohsen Athletic Achievement Cup was presented to Mohamed Mohab Morsi. This cup recognizes a student who wins a gold, silver or bronze medal representing AUC in national and international tournaments.

The Student Government Cup was given to Ahmed Khaled Etman and Rana Khaled Morsy, awarding them for being active leaders in student government.

Watch the undergraduate and graduate representatives address their fellow graduates: