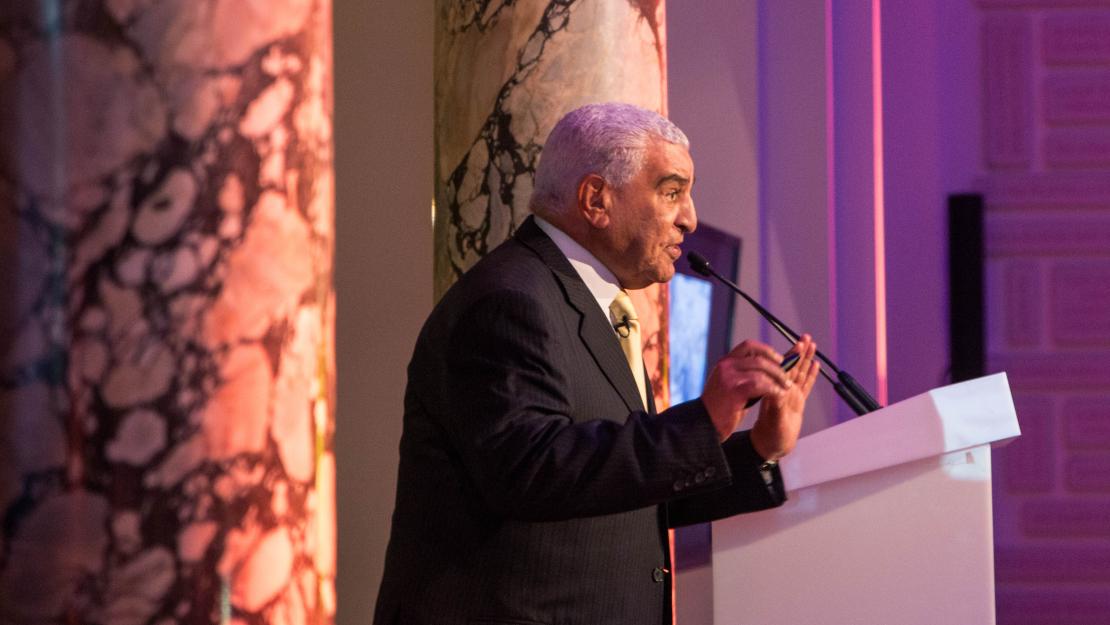 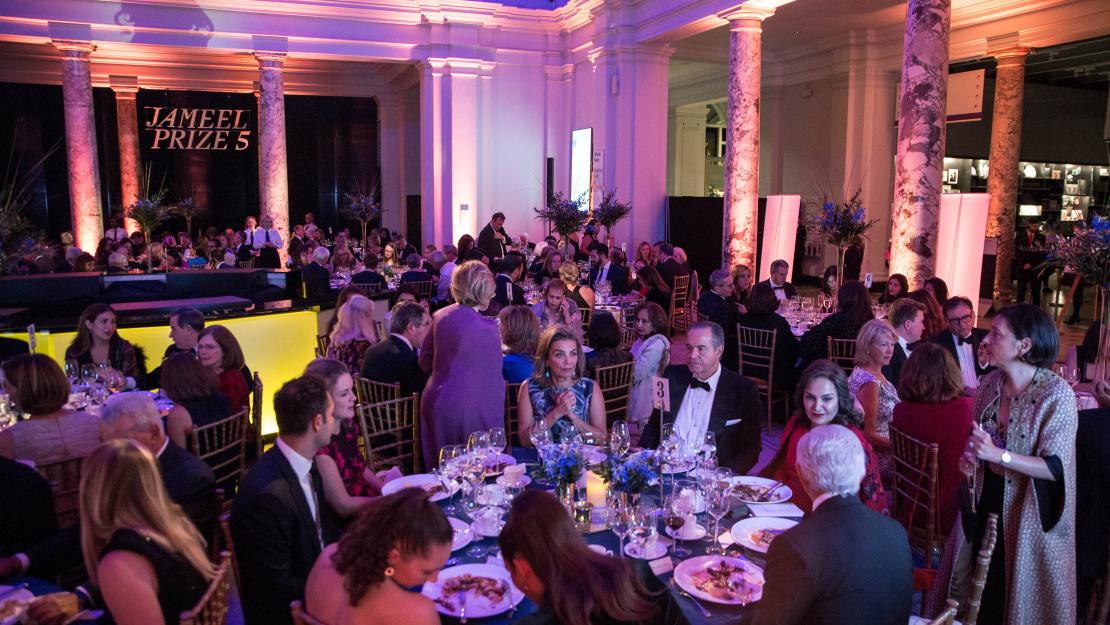 The gala raised more than over $208,000 for a pooled scholarship fund for talented students at AUC 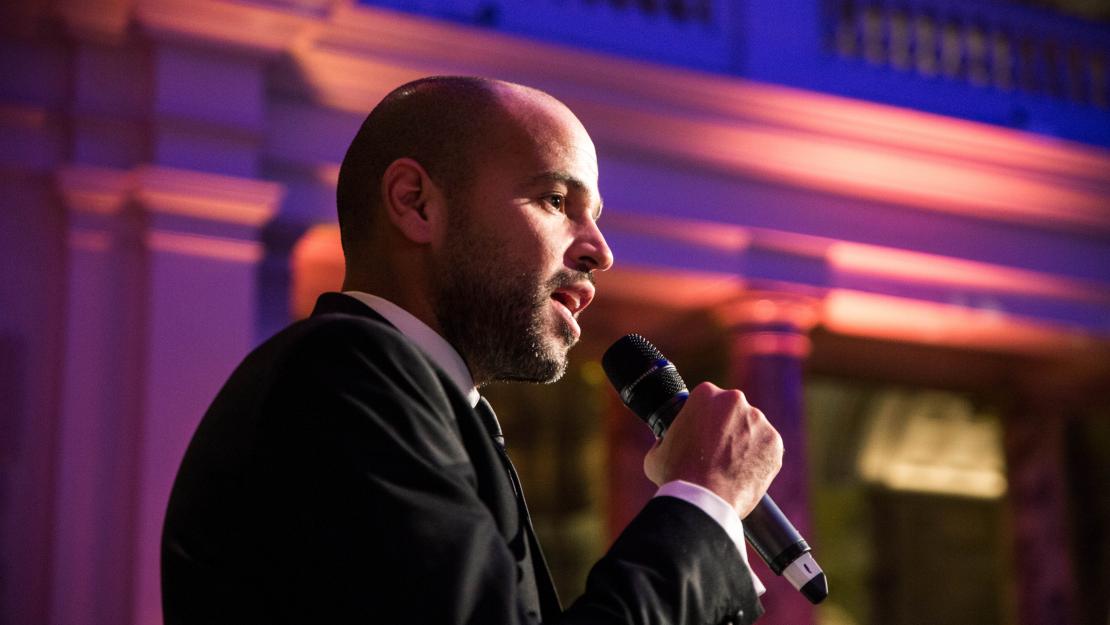 "AUC didn’t just give me an education, it gave me character," Abu '02 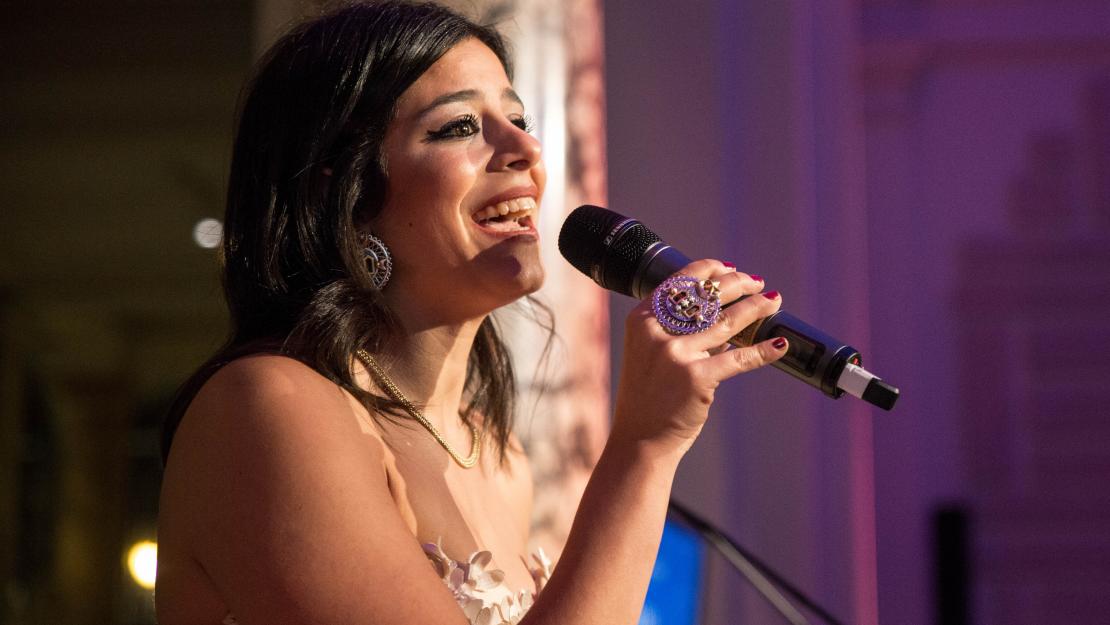 “Education is the most important and most valuable gift you can give to a person,” Dalia Farid '12 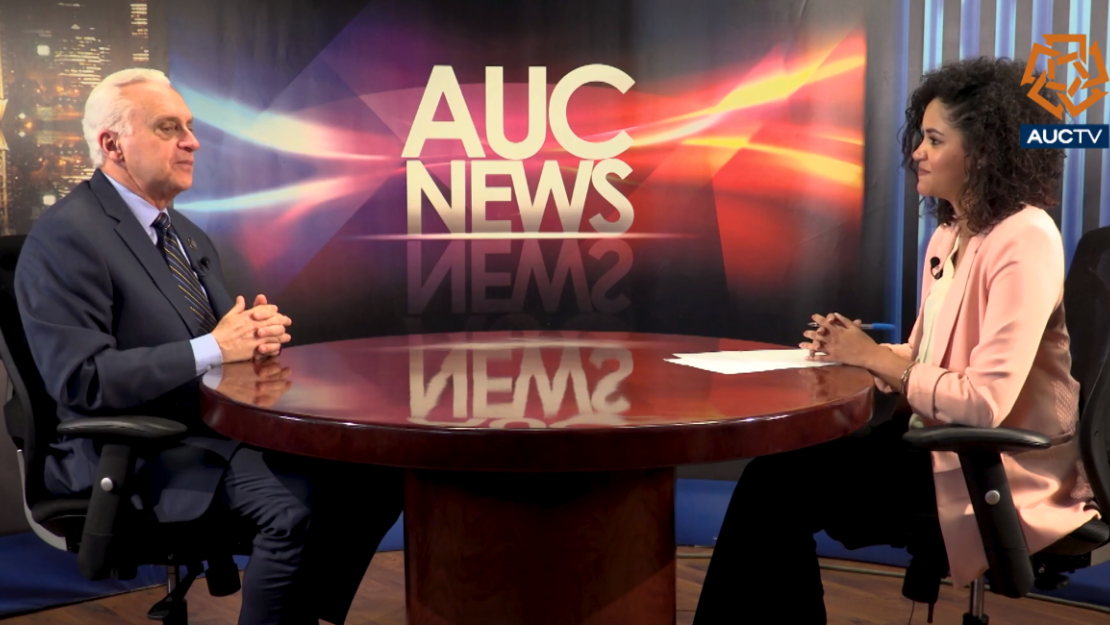 Hosted this month at the V&A Museum in the heart of London, the gala included a signature talk by former Egyptian Minister of Antiquities and world-renowned Egyptologist Zahi Hawass. Recognized for his work on the mummy of King Tutankhamun and his discoveries in the Valley of the Golden Mummies at Bahariya, Hawass emphasized the significance of education, expressing his belief that scholarships empower students to change the world for the better.

Hawass’s speech kicked off the night, with more entertainment provided by Injy El Mokkaddem ’97 as the Master of Ceremonies, and musical performances by star singers and AUC alumnae Dalia Farid ’12 and Abu ’02. Farid gave the audience some fun renditions of throwback songs from the 1940s, while Abu performed his hit song Talat Dakkat.

After his performance Abu said that he was very happy to be part of the event. “I have the honor to be a graduate of AUC. AUC didn’t just give me an education, it gave me character. I was really really lucky to be part of this amazing institution,” he exclaimed. “I believe that education is a gift for everyone, and AUC has been supporting many less privileged students who are now graduates and [have] big careers around the world,” he explained.

Farid also expressed her support for the gala’s cause. “Education is the most important and most valuable gift you can give to a person,” she affirmed.

With 200 AUC friends and partners at the event, including AUC’s Board of Trustees; Mohamed Mansour, Egyptian businessman and former minister; Sir Magdi Yacoub, professor of cardiothoracic surgery at the National Heart and Lung Institute, Imperial College London and founder of the Magdi Yacoub Heart Foundation; and Eng. Hesham Mekawi, engineer and regional president for BP North Africa –– the museum was a full house. During the gala, there was a silent and live auction with items up for bid such as experiential vacations, art creations and fashion pieces, including a handmade Sabry Marouf bag, a Noor Saab scarf and a designer bracelet by Azza Fahmy.

The same weekend, AUC hosted the alumni panel “Egypt’s Society and Economy: Forces of Potential,” at London’s Millennium Hotel. The event was open to all alumni living in London and included talks from Tarek Osman ’98, author; Tarek El Sherbini ’97, regional head of food and agribusiness at the European Bank for Reconstruction and Development; and Sherif Kamel ’88, ’90, ’13, dean of AUC’s School of Business.

These London initiatives highlight AUC’s dedication to expanding educational opportunities for new students, engaging with old students and investing in the future –– by supporting the students and alumni that will shape it.