The Buzz About HIVE 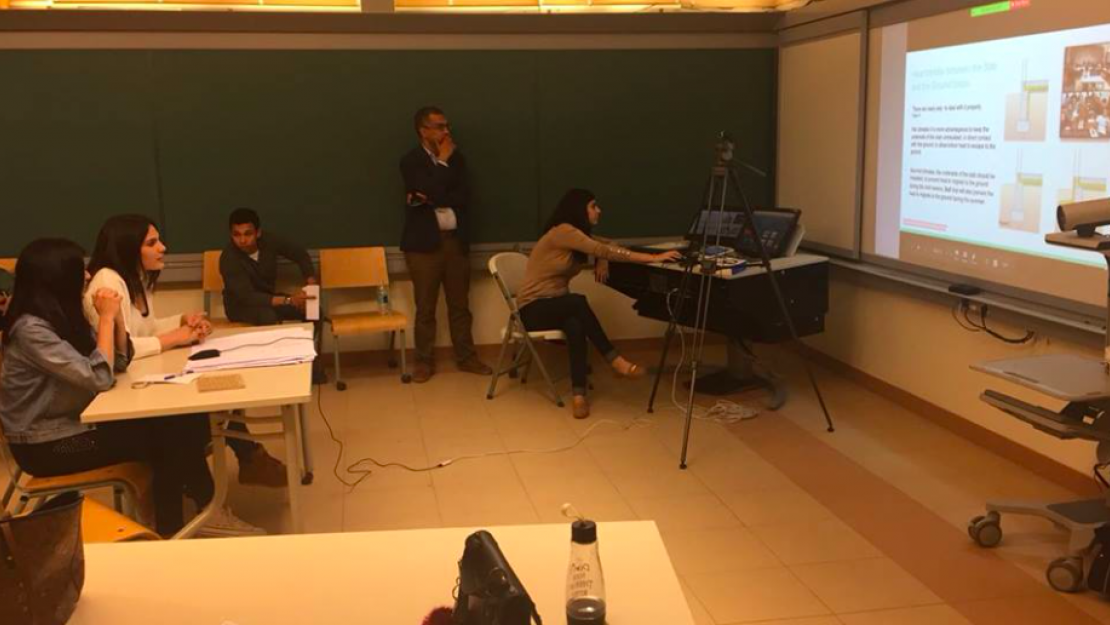 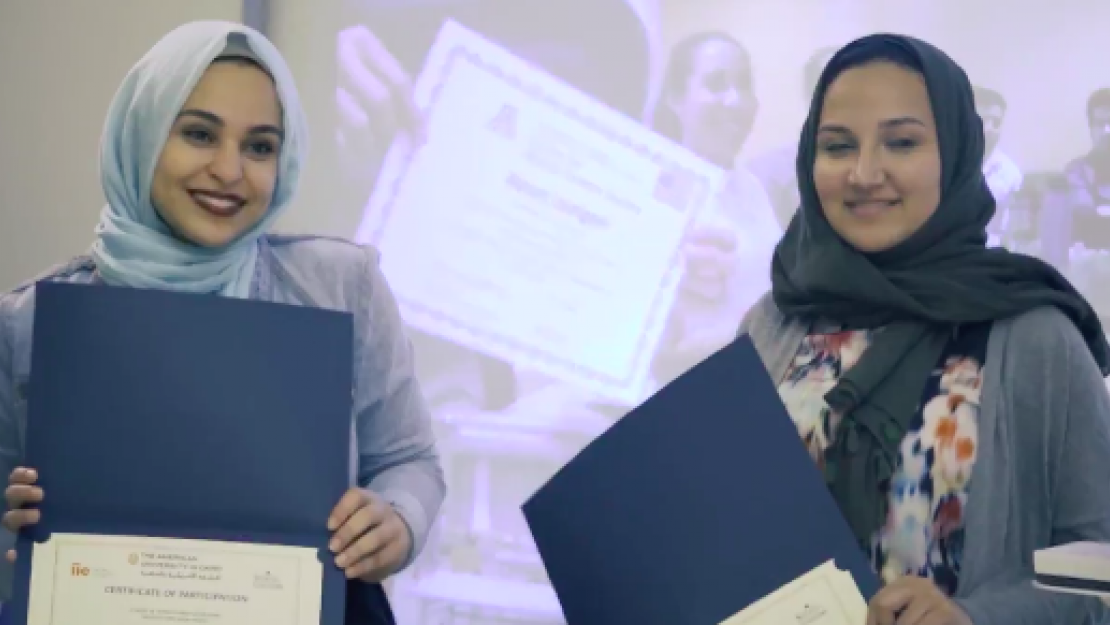 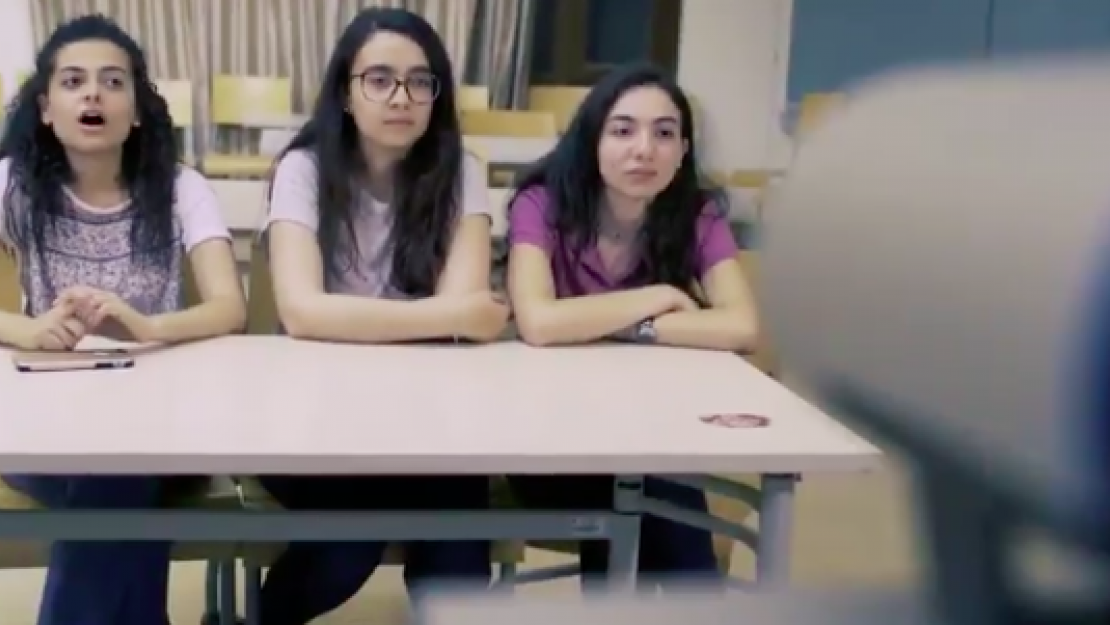 Students during a videoconference - photo courtesy of Stevens Initiative 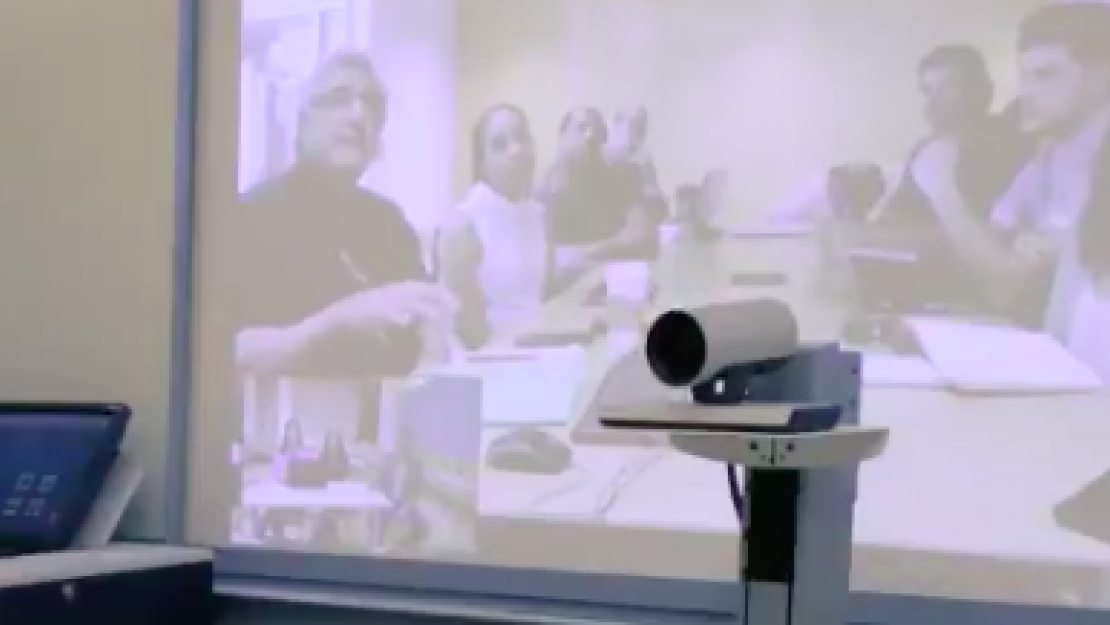 Last spring, a group of students presented their ideas on building an energy-efficient business center to their architecture class at AUC. Four group members were presenting, but only three were present. The fourth student joined them through a video conference call — not because she was sick — but she was in Arizona.

The HIVE Program, or Harnessing Innovation through Virtual Exchange launched with students from AUC and the University of Arizona (UA) to share a class through virtual exchange.

Khaled Tarabieh, professor at AUC’s Department of Architecture, was approached by Nader Chalfoun, professor of architecture and environmental sciences at UA, to join him in collaborating on the program, funded by the Institute of International Education, which distributed the award on behalf of the Stevens Initiative. Tarabieh and Chalfoun worked to design a four-week virtual exchange over the semester that involved a series of live video conferences with each other around a curriculum specially created to evaluate and enhance the energy efficiency of commercial buildings. The point of the collaboration was not only to experience virtual collaboration, but to work on the same material with students from different cultures and gain new perspectives.

Tarabieh said he had never experienced this type of classroom collaboration, but when presented with the opportunity, he jumped at the chance. “I always love experimenting, so if a new method comes my way, I will try it,” he said.

The virtual exchange was designed to be an addition to the particular architecture courses, meeting three hours at a time over four weeks. With the time difference, the UA students had to meet early in the morning, while AUC students met in the evening. In between their videoconferences, the students collaborated through FaceTime, Skype and email.

“It was strange in the beginning. How do you mix graduate and undergraduate students?” reflected Tarabieh. “Much of the material that came from Arizona’s side was designed for a graduate-level class — it requires fundamental knowledge for you to be able to learn these things, so I was impressed that the AUC students were able to digest the material.”

Mohamed Fahmy Menza, the HIVE program director representative at AUC and director of dialogue for the Core Curriculum, added that with the topics both classes explored, “there was a lot of room for benefit and overlap in terms of lessons learned.”

Clara Adly, a student in Tarabieh’s class, said while the time difference sometimes made it difficult, the cultural exposure she gained made it worth it. “The overall experience was honestly incredible,” said Adly. “I feel like being exposed to people of different cultures and collaborating with them like we did in class is something we can truly build on at AUC.”

Hania Elmahmoudy, also a student in Tarabieh’s class, said she appreciates the skills the class gave her for the future. “I think we will benefit from this experience in terms of time management and the strengths of having a team from different backgrounds when we work on international projects after we graduate,” she said.

Tarabieh noted that many students cited networking as one of the more valuable aspects of the exchange. “Many students said they never had international friends in their area of study,” he said. “To me, that was something I realized we in academia take for granted. I have counterparts everywhere in the world, but students don’t.”

Bringing It All Together

Both Tarabieh and Menza said they want to take this type of virtual exchange and scale it out.

“The Stevens Initiative has such a visionary outlook of bringing people together. I think this has planted a seed for future collaborations because it oriented us toward something that can actually be done, instead of theory,” said Tarabieh. “This model can be repeated with other universities. If it is, AUC could be the gateway for virtual exchanges.”

Menza noted that due to the success of Tarabieh’s class, HIVE and the Institute of International Education are starting to implement the collaboration in other areas at AUC. “There is so much that can be done,” said Menza. “Reaching universities with students who would not necessarily get the chance to interact with other cultures is quite important. It is not easy to implement work there, but I think it's worth the try, just because of the sheer outcome that can be generated from it."

Looking back on the accomplishments of the collaboration, Tarabieh recalled how the two classes celebrated the end of the course with the students receiving certificates and ordering food. Chalfoun’s class even ordered Middle Eastern food to show their appreciation for their AUC counterparts.

What did Tarabieh’s class celebrate with? “Pizza, of course,” he said, cracking a smile.