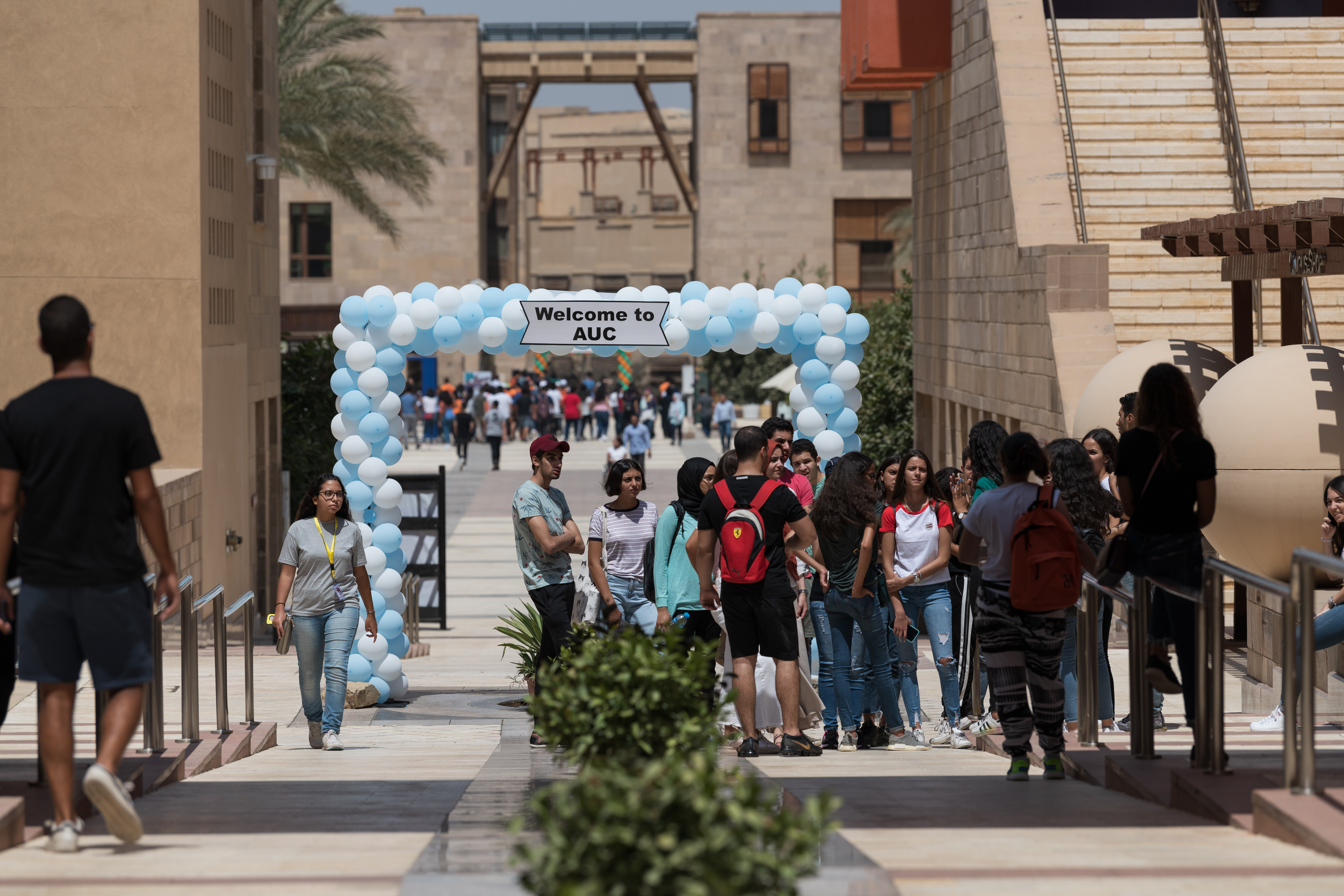 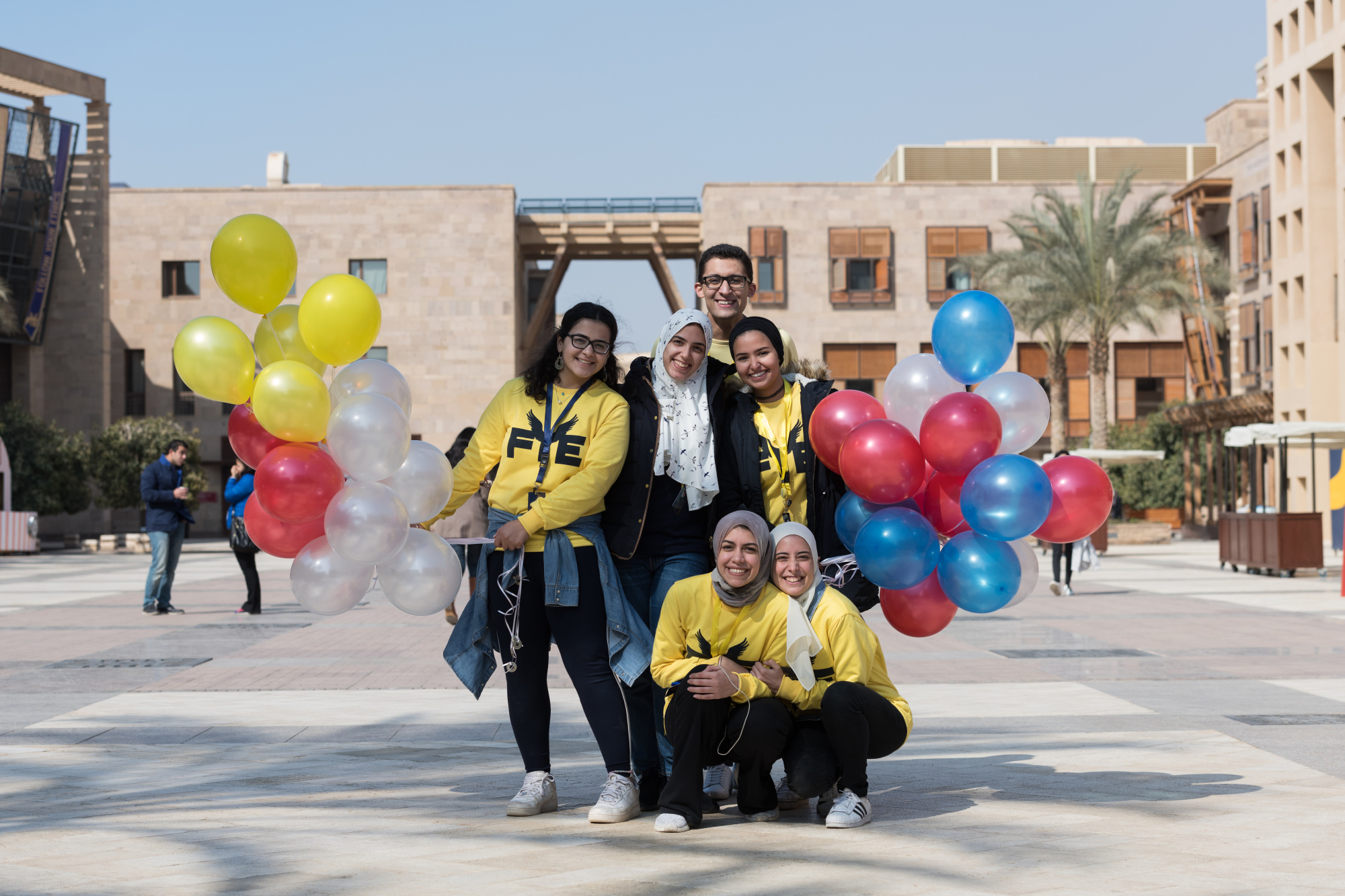 September 5, 2018, Cairo – The American University in Cairo (AUC) welcomed 1,110 students for the 2018 Fall semester this week. This year’s students are going to be a class to remember, as they will witness and take part in the University’s centennial celebrations coming up in February 2019. The fresh undergraduate class, so far, consists of a diverse international body coming in from the United States, Canada, Greece, Jordan, Palestine, Algeria, Sudan, Yemen, Somalia and Saudi Arabia for their full-time studies.

In addition, AUC keeps up its multicultural character as it welcomes one third of its national students from 23 governorates across Egypt. Approximately, over 150 new incoming students are receiving full and partial scholarships.

Moreover, AUC is opening its door for over 260 ambitious students pursuing their postgraduate studies.

Freshmen students were welcomed during orientation week and were engaged in several activities, from a majors fair, campus tours and peer-to-peer sessions and competitions. Zeyad Elzohiery, a freshman, explained that he chose AUC for the programs it offers, “The University is well-known for its programs. It’s triple-accredited, recognized worldwide, and has a high employment rate within the first year of graduation.” Another freshman Rawan Rashad said: “I was born and raised abroad and I wanted to study in my home country. I came here because I know it’s the number one university in Egypt.”

Sarah Mueller, a graduate student at The University of Tübingen, Germany, studying Comparative and Middle East Politics chose to study at AUC, “because it’s known as one of the best universities in the Middle East. Mueller, who came to AUC as part of her University’s semester abroad program, said: “My focus is on political science in the region, and it’s a good opportunity to study here. It’s been quite different from my German university, but it’s also been nice and interesting. AUC is even different from other universities I’ve seen in Cairo. I’d say that it’s been a good experience so far."

Rodolphe Janodet, an undergraduate student who studies business at the IÉSEG School of Management, France, who came to AUC as part of the year abroad program, said: “I wanted to go to a country with a culture different from what I know in Europe. It was between the Middle East and Asia. But I chose the Middle East. When I searched, I found AUC. I saw that it's a good university with many things to do. It has huge sports facilities, and I like sports. I also ended up choosing AUC because of its business program. So far, I like the campus, the weather and Egyptian history. It's been great visiting Islamic Cairo and the Great Pyramids — and meeting Egyptians and other international students outside of orientation week. Everyone is really friendly.”

Leontine Parssler, another graduate student from the University of Tübingen, Germany, studying comparative and Middle East Politics, chose to spend her semester abroad at AUC. “I am studying comparative politics, and this exchange is a crucial part of the program. I also wanted to improve my Arabic, and I believe that's only possible if you live in the region— and AUC is a good place. I like it so far; we've been welcomed very well."