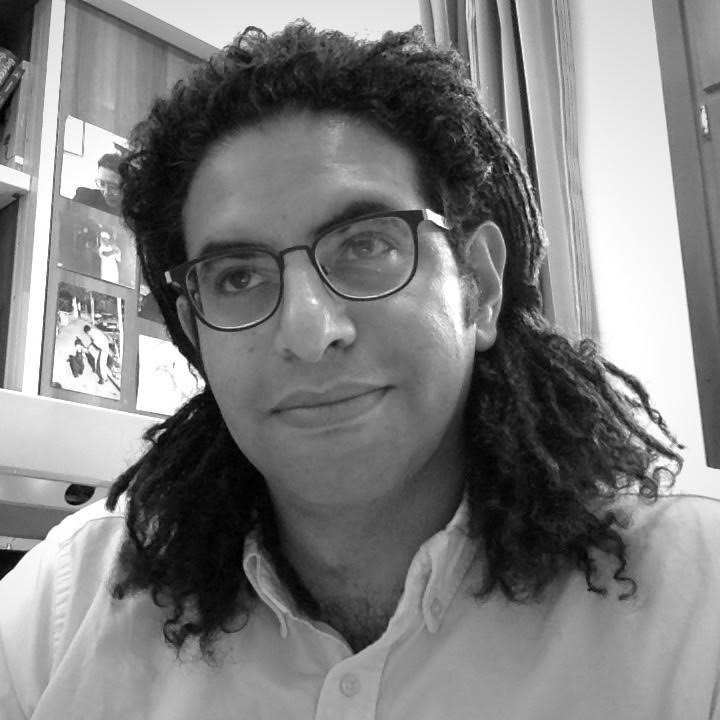 Ramy Aly joined the anthropology unit in 2013. Before coming to AUC he was a lecturer in anthropology at the University of Sussex (UK) where he received his PhD in social-anthropology in 2011. Ramy’s PhD research culminated in the publication of his first monograph "Becoming Arab in London: Performativity and the undoing of identity," in 2015 with Pluto Press as part of their celebrated ‘Anthropology, Culture and Society Series’. The book is the first ethnographic account of gender, race and class practices among British-born and raised Arabs in London and attempts to provide an account of the everyday experiences of Arabness in the British capital.

Aly also supports student activities at AUC, he is the co-chair of The Authors’ Challenge the biggest English language writing competition in Egypt, and the faculty advisor for the AUC Times.

Aswat Masria is a Thompson Reuters Foundation service that focuses on Egyptian news and current affairs. I provided most of the analysis for an article that looks at the way in which young Egyptians have embraced the game Pokemon-Go against a backdrop of a religious, security and societal moral panic about the game and its implications for ‘national security’.

Appearance on 'Thinking Aloud' award winning Science program on BBC Radio 4 l to discuss the release of my book 'Becoming Arab in London: performativity and the Undoing of Identity' Pluto Press

Discussion of my book, Becoming Arab in London: Performativity and the Undoing of Identity; in relation to the 10th anniversary of the 7/7 bombings in London

Discussion of the BBC World Service with Marie Gillespie (Open University) and Ramy Aly (AUC) where we discuss our book Diaspora and Diplomacy (2013), the role of diasporic broadcasters at the BBC World Service, and the BBC and British cultural diplomacy between 1932-2012.

Newsnight is a weekday BBC Television current affairs programme renowned for the quality of its analysis and robust cross-examination of senior politicians and decision makers. I contributed to a discussion of the ‘Arab Spring – One year on’ with Michal Husain (presenter), Sir Max Hastings and Rana Jawad.

I appear with Dr Marwan Bishara (presenter), the author Ahdaf Sweif and the actor Khalid Abdalla among others as we consider ‘The Perils of Revolution’ in Egypt.

In the early days of the Egyptian revolution I join Samah El-Shahat (presenter) and Sharif Al-Nashashibi (Arab Media Watch) in a retrospective on the documentary Blogging on the Nile as we consider the role of social media in the upheaval unfolding in Cairo and across the Arab world.