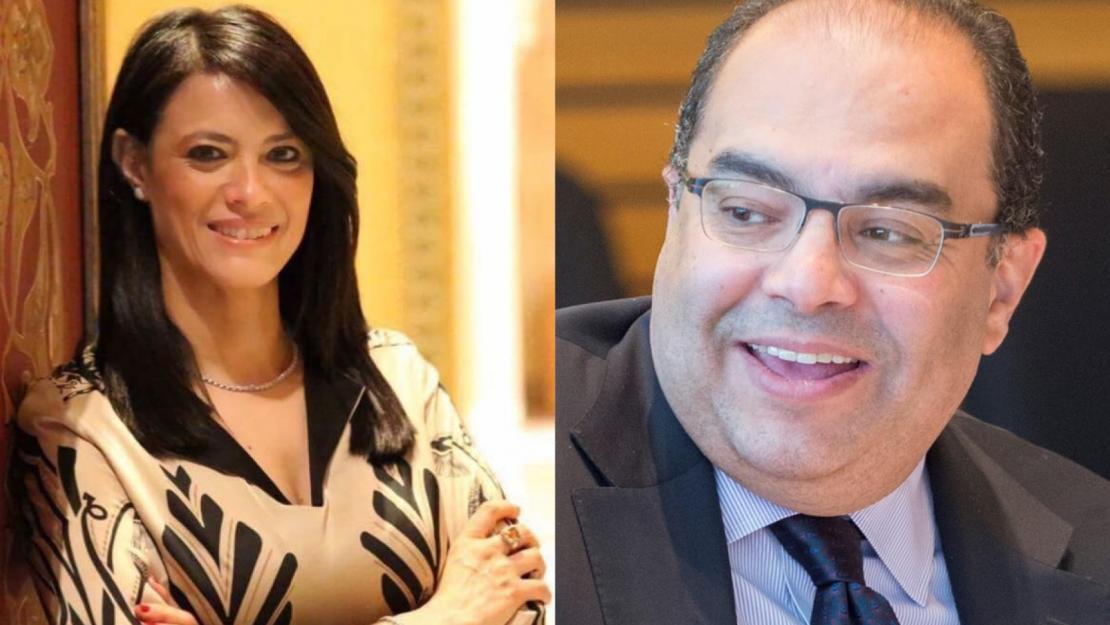 Senior Vice President for the 2030 Development Agenda at the World Bank Group Mahmoud Mohieldin and Egypt’s Minister of Tourism Rania Al-Mashat ’95 will be the keynote speakers at AUC’s upcoming undergraduate and graduate commencement ceremonies, respectively.

The first woman to head the Ministry of Tourism in Egypt, Al-Mashat, is well-known as a leading expert on monetary policy and international economics. As minister, Al-Mashat oversees various boards, including the Egyptian Tourism Promotion Board and the Tourism Development and Investment Board.

After obtaining her undergraduate degree in economics from AUC, Al-Mashat went on to pursue her MA and PhD in economics at the University of Maryland, College Park. She specialized in applied macroeconomics, international economics and monetary policy and also completed executive education certificates in leadership from Harvard and Oxford universities. For several years, Al-Mashat also served as an adjunct professor at AUC, teaching monetary policy and central banking.

Al-Mashat has worked with prominent financial institutions in Egypt and worldwide, including the International Monetary Fund (IMF), where she initially worked as a senior economist. In 2005, she joined the Central Bank of Egypt for 11 years, during which she worked to modernize and develop the bank as assistant sub-governor and head of the Monetary Policy Department. At the Central Bank, she acted as a liaison between the bank, sovereign rating agencies and the IMF. Before taking on her role as minister, Al-Mashat returned to the IMF, serving as adviser to the chief economist, Professor Maurice Obstfeld. In addition, she most recently contributed to the IMF’s latest book: Advancing the Frontiers of Monetary Policy.

Mohieldin has served as a leading public servant both in Egypt and internationally, making widespread impact through his promotion of economic development and inclusion.

Three years later, Mohieldin began his six-year term as minister of investment, during which he succeeded in advancing a number of reforms to spark growth and modernize and liberalize the Egyptian economy. Since his time as minister, Mohieldin has served in a number of positions at the World Bank. He was most recently appointed senior vice president for the 2030 Development Agenda, UN Relations and Partnerships. Through this role, Mohieldin has become the World Bank Group’s representative in the United Nations.

Additionally, Mohieldin has served on numerous boards of directors, including those of the Central Bank of Egypt, HSBC-Egypt, Telecom Egypt and the Egyptian Diplomatic Institute at the Ministry of Foreign Affairs. He was also previously adviser to the Egyptian Center for Economics Studies and adviser to the director of Cairo Economics and Finance Research Center. Given his vast experience and pioneering economic impact, Mohieldin has been recognized with a number of titles and awards over the years. In 2005, he was selected as a Young Global Leader by the World Economic Forum, and in 2012, he was appointed honorary professor and member of the School Advisory Board at Durham University School of Business. Most recently, he was recognized as honorary professor at United Arab Emirates University.