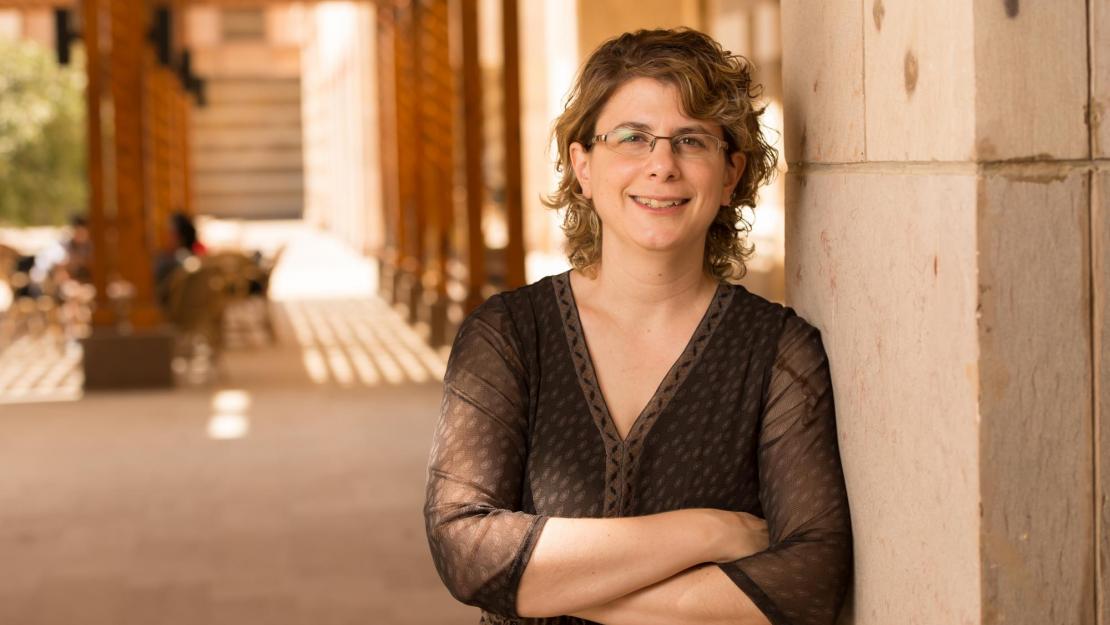 Through two projects focused on gender relations and gender-based violence in Egypt, Helen Rizzo, associate professor of sociology and chair of the Department of Sociology, Egyptology and Anthropology, is examining if masculinities can be redefined to engage men in anti-gender-based violence (GBV) initiatives without continuing to subvert women’s autonomy and independence.

“I’d like to show that masculinity is more complex than just either men as protectors or men as harassers. I have become fascinated with the idea of men as allies,” said Rizzo. “There are men who want to change ideas about masculinity and femininity.”

After taking a sabbatical to conduct in-depth interviews with Cairo youth and participants of anti-GBV initiatives in Egypt, Rizzo is now synthesizing collected data, exploring conceptions of masculinities and femininities in Egypt and evaluating some anti-GBV campaign appeals to men as protectors responsible for shielding women from harassment.

“I’m interested in how masculinities are being redefined and looking at anti-sexual harassment campaigns as a place where there are discussions about what it means to be a good man or not, and what men’s role in fighting harassment is,” said Rizzo.

Working with scholars outside of AUC on her second research project, Rizzo is similarly questioning conceptions of gender relationships in a second collaborative project. In this project, she and her partners hope to bring to light shifting youth perspectives on gender norms and GBV through an analysis of popular media and personal accounts by Cairo youth. She is particularly interested in how young men and women “negotiate the boundaries of their sexuality in the post-revolutionary Egyptian public sphere.”

Her team is keen on identifying a connection between media and young Egyptians’ understanding of their sexual culture and identities. Last June, during Ramadan, they were able to recruit nine people to keep a media diary of soap operas. “Hopefully, people will be interested to see that ideas about dating and appropriate relationships are changing,” noted Rizzo. “And if we can make this connection between media and everyday behavior, I think that’ll be very interesting. We want to see what messages of violence and gender are being portrayed in the media and how that’s influencing individuals.”

Rizzo has been dealing with research questions revolving around GBV for some time, first drawn to studying gender inequalities as sociology student at Baldwin-Wallace College in Ohio. Initially captivated by an introductory course, she has remained enveloped in her sociological work since, later obtaining a master’s and PhD in sociology from Ohio State University.

Her first glance into the Middle East and North Africa region was brought about by the opportunity to do field work in Kuwait in 1998. “There were questions at the time about Kuwaiti women not being able to vote or run for parliament,” she explained. “I was interested in the questions people were asking about attitudes toward women gaining more political rights. I focused on women’s organizations there, interviewing leaders and asking about their opinions and what kinds of activities they were doing to lobby government and society.”

Based on her interviews with members of different movements in Kuwait, Rizzo noted distinct divisions among groups in terms of the grounds provided to support women as political leaders, as well as interpretations that explained why women shouldn’t be active in the political sphere. “I found that there was a divide between organizations that were generally geared toward more professional working women – these had more secular orientations – and organizations that were more religious and service-oriented,” reflected Rizzo. “Secular groups focused on the human rights issues, while religious groups did or didn’t justify women’s political rights for religious reasons.”

Her interest and experience in Kuwait led her to publish several works on gender and women’s rights in Kuwait. This includes a book titled Islam, Democracy and the Status of Women: The Case of Kuwait.

After finishing her dissertation and applying for postgraduate positions, Rizzo’s love of field work and research brought her to AUC as a sociology faculty member in 2001. “I came here and, of course, became interested in Egypt, particularly the issue of public space sexual harassment,” said Rizzo. “I started giving presentations for international students on the sociological perspective behind harassment.”

While teaching, she continued to look into anti-sexual harassment campaigns emerging in Egypt, and eventually became involved with the Egyptian Center for Women’s Rights (ECWR) just as it was launching a new campaign. “I started following their campaign and writing about how they had been successful at a particular moment, taking advantage of events in Egypt,” said Rizzo. In addition to her volunteering work with ECWR, Rizzo worked as a research consultant with HarassMap, also contributing to an initiative to diminish the social acceptability of sexual harassment.

Throughout her time in Egypt, Rizzo has continued to learn about the dynamics of these anti-GBV groups, noticing the changing atmosphere for conversations on sexual harassment following a well-known case that took place in Downtown Cairo in 2005. “I was interested in how these groups organized and reacted to larger events, getting the media to talk about sexual harassment more,” she said. “After this case, there were more groups and independent initiatives. Since then, I’ve been interested in broadening who I look at and considering the men who were very active in these groups, asking why and addressing masculinity in different ways.”

With numerous questions and societal intricacies to explore, Rizzo is now set to sift through the loads of data that has been collected. She plans to compile the information collected and her observations in a book on anti-gender-based violence initiatives in Egypt, enhancing existing literature on sexual harassment with this added complexity of masculinity.