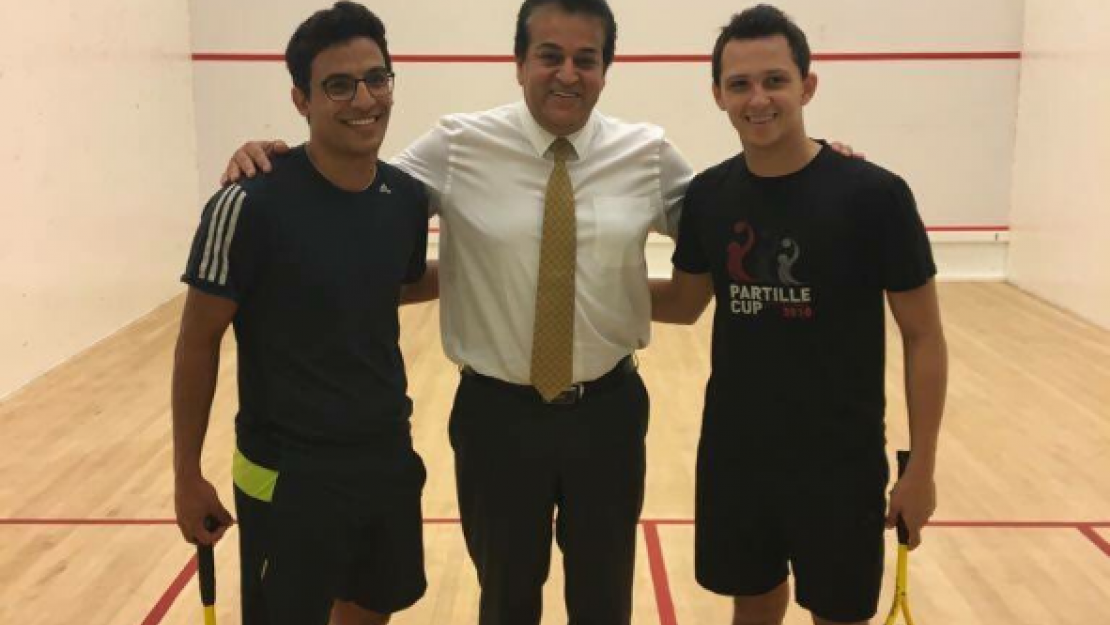 Egypt's Minister of Higher Education Khaled Abdel Ghaffar visited AUC New Cairo for the first time last Tuesday, where he toured the campus, visited the admissions office, discussed the importance of research and even squared off with some students for squash and table tennis at the AUC Sports Center.

“The level of knowledge and dedication shown by AUC students is a reflection of the University’s excellence and distinction,” Abdel Ghaffar said. “AUC encourages its students to think critically and innovatively, and that is an integral part of an effective higher education system. I look forward to collaborating with AUC to continue advancing education in Egypt.”

While touring the 40,000-km AUC Sports Center, Minister Abdel Ghaffar was impressed by the standard of athletic facilities at the University. He emphasized the importance of being active as a facet of everyday life and learning. To further the point, he rolled up his sleeves for games of squash and table tennis with students before departing.