A Third Encore for The Danish Experience Produced by AUC Alumni, Students 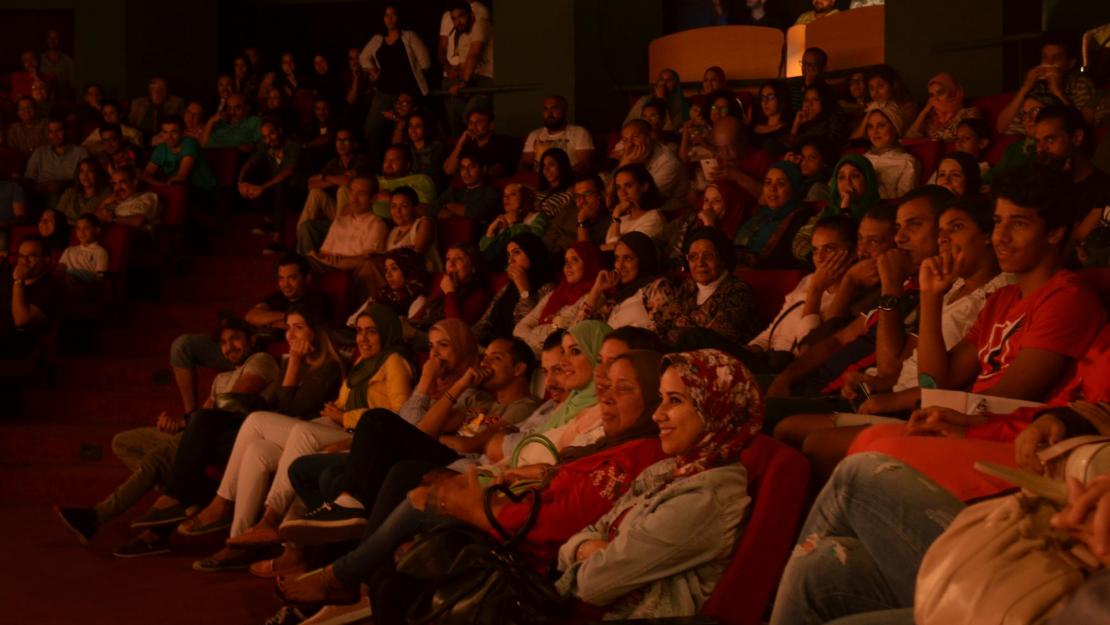 A production team of current and former AUCians made a triumphant debut with their involvement in The Danish Experience, a social comedy play embarking on its third round of performances.

The play, performed by 30 Faculty of Law students from Ain Shams University, ran twice in late August and early September, but received such high praise that the production company, A'lam Mowazy -- made up of four AUC alumni and one current student -- decided to bring it back. “We first did it for three nights, and it was a success," said Yomna Mohamed, an accounting junior at AUC and member of A'lam Mowazy. "We did it again for five nights, and it was a success. So, now we’re doing it for eight nights."

The Danish Experience is both a commentary on and a reprieve from certain stigmas in Egyptian society. It features an Egyptian boy facing pressure from his parents about his desire to pursue the arts. When the boy is cast as the lead role in Hamlet, his family becomes invested in the plot as they attempt to dissuade his ambition. “It’s a comedy, but it still includes all sorts of genres, so you laugh, but also get goosebumps and maybe even shed a tear at times,” Mohamed said. “And what’s great about this play is that so many people in Egyptian society can relate to it because parents can be very controlling of your career sometimes and what you choose to study.”

The Ain Shams troupe, which recently wrapped up its adaptation of The Forty Rules of Love, won second place in the Ain Shams University Competition for Theatrical Performance the first time they put on The Danish Experience. This is the first production for A’lam Mowazy, co-founded by AUC alumna Nancy Alam El-Deen '11.

“We are driven by passion to produce projects that are independent and different from what is available in the art scene today,” Mohamed said. She added that The Danish Experience fits this description because the cast and crew are “aiming for something that is pure art. Nowadays, most comedy plays have to include some kind of vulgarity in order to make people laugh.”

Mohamed and her colleagues have been working hard to sell tickets in advance of the show, partnering with the site e7gezly and offering home delivery to interested attendees. Guests can also buy tickets at the door.

The Danish Experience will be showing for the final time, starting Monday, October 23, through Tuesday, October 31, at 6 pm. On both Tuesdays, there will be a second showing at 8 pm. Visit the Facebook page for more information.