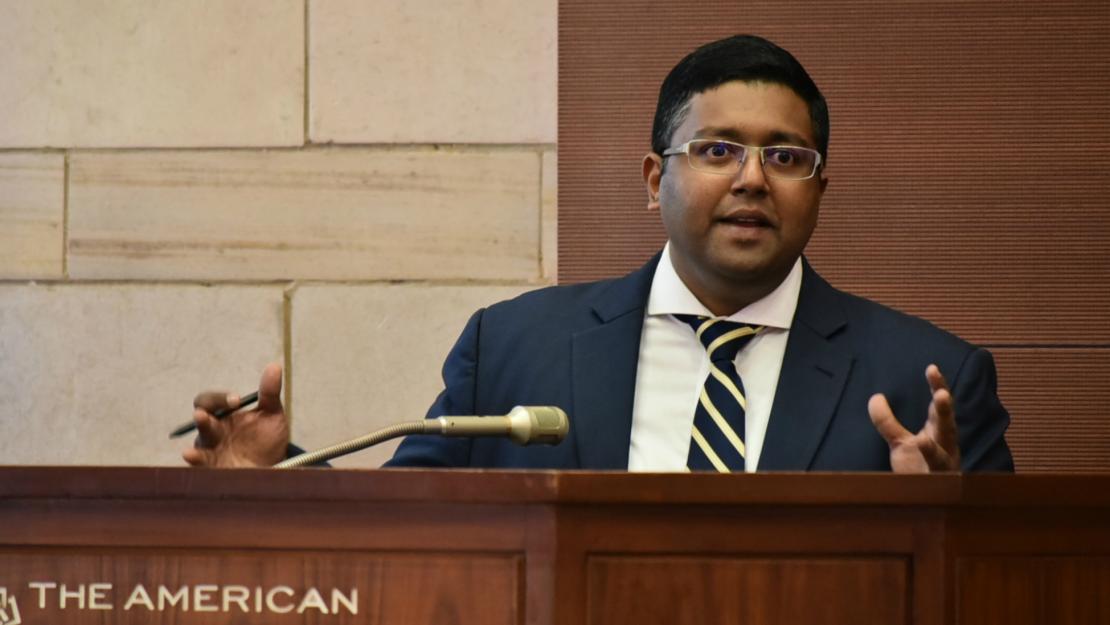 Fernandes at a recent lecture on campus.
By
Aliah Salih

Rankings are an effective way for prospective students to decide which universities to join, argued Ashwin Fernandes, regional director of QS Intelligence Unit for Middle East, North Africa and India, during a recent visit to campus. In an exclusive interview with News@AUC, Fernandes explained the process behind QS rankings and where AUC stands.

Why is QS considered one of the top three ranking systems worldwide?

QS rankings developed a niche in the market when it was established 14 years ago. We have since been producing annual ranking tables with credible and stable results. We have high engagement with government agencies and universities worldwide. Our methodology is also designed in a way that is relevant to students. When students make a choice of attending a university abroad, they need a trustworthy and reliable source to help them make this life-changing decision.

AUC has maintained a ranking in the 300 since 2012. What does this signify?

In terms of ranking, what is the primary step AUC can take to capitalize on its strengths?

There always needs to be a cohesive effort from everyone in the institution to achieve a higher recognition –– from faculty and administrators to those involved in research –– to work together toward advancing the institution’s reputation. With students, once they graduate, connecting back with the institution is important. The work they do will reflect well on the University. For example, if employers find AUC graduates to be competent and productive, that will have a positive effect in the employer surveys. The idea is not just to perform better in the ranking, but to sustain it as well –– especially now with so much competition emerging. Within Egypt, AUC should continue to work on fostering connections, enhancing networks and sharing resources. It is, after all, one of the best University in the country and a regional model.