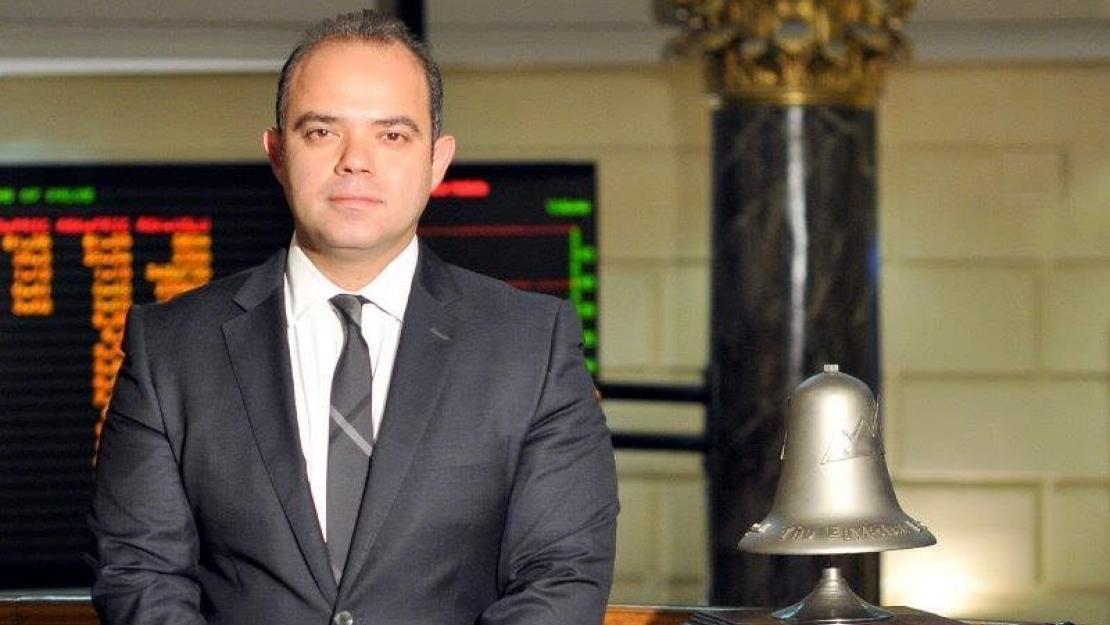 Not sure exactly what goes on in the stock market?

Farid, who was appointed by Prime Minister Sherif Ismail in August, said part of his plans to increase trading in the exchange include teaching financial literacy to young people. The market isn’t just about gambling, according to Farid. “People need to know that capital markets, in general, are a saving mechanism for them,” the chairman said.

With degrees in business, banking and finance from six universities in the United Kingdom, the United States and Egypt, Farid has spent a lifetime dealing in economics. He’s also been at the bourse before, as the vice chairman from 2010 to 2011. Prior to that, Farid worked for the Ministry of Economy and Foreign Trade and the Ministry of Investment. Between his stints at the Egyptian Exchange, he worked at a financial consulting company called Dcode Economic and Financial Consulting.

Students may best recognize Farid as a faculty member at AUC, where he’s been teaching financial markets, international finance and financial derivatives for the last six years. “I wanted to convey what I got to learn within my work and from my studies in the United Kingdom, and from my various specializations, to as many new, eager minds as possible, and hence I taught at AUC,” he said.

Out of the classroom and in the hot seat at the Egyptian Exchange (EGX) now, Farid is tasked with finding ways to increase trading volumes in the market and showing people that the exchange can be a responsible, rather than risky, financial investment -- even in hard economic times.

You’ve been at the Egyptian Exchange for a little more than a month and have already made some reforms. Are you seeing any immediate effects?

Starting in 1992, when the market was reinvigorated with the economic reform and stabilization program, we had a rule that, at that point in time, would have made some sense. Whenever a stock price changes by 5 percent or more, we used to halt trading for half an hour. So, one of the immediate decisions we made as the management and board of EGX was to reduce the halt time from 30 minutes to 15 minutes.

When you take into consideration as well that whenever we get to publish from companies sending us material information, we only do a trading halt for 10 minutes, you realize it was quite a long period to have a trading halt of 30 minutes. In addition, once we calculated the number of trading halts that we’d conducted on the exchange since the beginning of the year -- once I started my office here -- it was more than 2,500 trading halts. This is quite significant and hinders the liquidity in the market and the trading activity, which hinders the ultimate purpose of an exchange: to have a continuous trading platform for investors to trade in the market. We have seen the impact immediately on the volumes of trading. They almost doubled post this change.

So should Egyptians who are interested in trading or the investing in the stock exchange feel secure right now?

I believe that we need to continue making reforms. This period that we’re talking about is an opportune chance, I would say. We’ve just conducted some macroeconomic reforms, and some macroeconomic imbalances were partially resolved when it comes to monetary policy, foreign exchange policy and fiscal deficit. So we are working on it. The government is working on it very hard, when it comes to the investment environment, new investment laws and facilitating the process of establishing companies and the licensing of companies. Recently, the government instituted a new licensing law for factories. So, these macroeconomic reforms and the policy reforms are supporting investor sentiments.

What other reforms have you implemented?

One of the hurdles that researchers were facing at investment banks was that they were not capable of communicating easily with the listed companies. So, we worked on arranging -- every two weeks -- a meeting between the listed companies and the research houses so that they can ask the companies directly: What are your disclosed plans? Why are your financials this way? So this is improving the research quality that’s being published on companies. On the other hand, you have the demand side associated with marketing and financial literacy that we will be embarking on significantly during the coming period.

What are your plans going forward?

There is plenty of work that needs to be conducted in terms of introducing new financial instruments and trading mechanisms, such as short selling, facilitating or easing same-day trading a little bit, facilitating the margin trading, and introducing financial derivatives and commodity derivatives going forward. All of this would add to the depth of the market.

And there isn’t, I would say, a big bang that will fix it. It’s all about incremental reforms that you keep doing basically every time you can.

How do you increase financial literacy?

Through various approaches. One is short term, and one would have an impact in the long term. The short-term approach would include extensive training and prizes for stock market simulation activities that we’re going to conduct with the Ministry of Youth -- with the various youth clubs they have. So in this case, you’re raising awareness that the market is not just a place for gambling. By doing this, you’re adding more people who understand capital markets in general.

We’re going to introduce, in connection with the Ministry of Education's support, some sort of specialized education, starting early on in the school years to teach young people about economics, capital markets and investment. Ultimately, this is a skill that everyone should have. If I’m planning to save long term, where are the venues to save? If I’m planning to save short term, where are the venues to save, and how can I manage my money?  So basically, these are basic skills that everyone should know. And this financial literacy would result in financial inclusion.

They say the stock market is a mirror of the economy. If this is true, it must mean you stepped into this position at a difficult time in Egypt.

Well, first of all there has to be prerequisites for the stock market to be a mirror. I mean, it has to have sufficient size and magnitude to assume that the stock market is reflecting the economy. So you need to see market capitalization as a percent of GDP to be able to make the statement comfortably that the stock market is representing a significant portion of the economy. At this point in time, I don’t think that this statement is quite true 100 percent. We still have plenty of reforms that need to be conducted for this market to grow, and, once it grows to a significant size and scale, we can then assume that it is reflecting the economy.

Let's talk about education. You went to University of California, Berkeley and studied in the United Kingdom. What do you think is the benefit of having an international education?

Studying abroad or having an international education is not only about the education per se. It’s about ambiguity tolerance. When you’re studying in Egypt, the ambiguity is not that high; you get to see how you’re going to succeed. If you don’t do your homework, you’re going not to succeed that much. Going abroad adds to the personality of the person. It is about not knowing what you’re facing, dealing with this ambiguity significantly and trying to overcome any challenges associated with studying abroad. And the evaluation methods obviously are quite different. Also, it’s definitely about networking, gaining expertise and learning more from other cultures and people.

What would be your advice to a student who wanted to someday follow a path like yours in finance and get to a high position in Egypt or elsewhere?

Well first of all, you need to work hard, study hard and build yourself –– especially during the early years of your career. That’s a crucial point.

You don't have to see the materialization of your studying and hard work immediately. Sometimes it takes time and eventually it will pay off.

And seek out continuous education. Whenever any person assumes that he’s well-educated full stop, here starts the deterioration. So the concept of being continuously educated or well-studied is a very important point. Also, have clear targets. You need to have very clear targets when it comes to what you want. It doesn't have to mean that these targets cannot change. They might change.

What is the Egypt Exchange’s role in the UN Sustainable Development Goals (SDGs)?

Some of the SDGs are associated with the environment, women’s empowerment and poverty alleviation. Others are associated with improving access to finance to the various players in the market. By improving access when it comes to the listing of companies and the financial literacy access that I just mentioned, this would serve the SDGs. Part of women's empowerment, for example, is to make them understand that they have other means of investing and saving their money.

EGX has been issuing an index that covers companies with highest standards when it comes to the environment, social responsibility and governance. The aim of this index, published in 2007, is to increase the exposure of these companies to market participants.