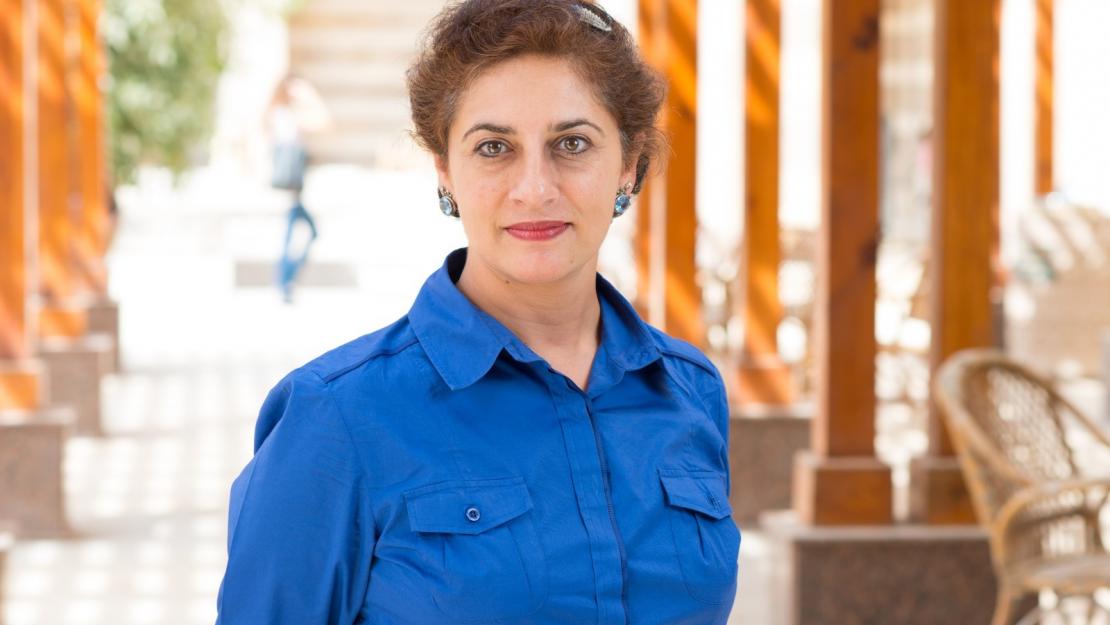 Salima Ikram, distinguished University professor of Egyptology and international archaeologist, was recently elected to the renowned American Academy of Arts and Sciences, whose fellows include more than 250 Nobel laureates and 60 Pulitzer Prize winners. As a foreign honorary member, Ikram joins a diverse network of expert fellows who have demonstrated their intellectual prowess.

“It is a great honor to be elected to the academy,” said Ikram. “I feel privileged to be among the likes of Benjamin Franklin, one of my greatest heroes. I am really looking forward to the chance to meet all sorts of amazing people and to learn about their work.”

This semester, Ikram is teaching two courses at Yale University as a visiting professor. “I am hoping to return to AUC refreshed and stimulated with new pedagogical ideas,” she shared. One of the courses she’ll be teaching is titled Food for the Pharaohs, which she hopes will push her to add to her own book on food and drink in ancient Egypt, a project she began several years ago. Part of the course entails attempting to reproduce ancient Egyptian food, while her other class on mummies and death will teach her students to write scholarly articles, presenting mummies held in the Peabody Museum’s collections.

Ikram has authored numerous books dealing with ancient Egypt and has contributed to several publications. Currently, she is working on two catalogs on animal mummies, specifically exploring collections at the Museo Egizio in Turin and the Smithsonian’s National Museum of Natural History in Washington, D.C. Additionally, she is finishing work on a book about the Kharga Oasis, where she is directing her own projects, along with the Valley of the Kings. She has also participated in several significant archaeological excavations, working with Spanish, American, Polish, Swiss, Swedish, Dutch, British and Egyptian missions on human and animal mummies throughout Egypt, and participated in the discovery of new tombs and sites in Egypt and Sudan.

From a young age, Ikram felt the pull of the ancient world and Egypt in particular. “When I was 8 years old, I was given the Time Life book on ancient Egypt, which fascinated me. Then, at 9 years old, I went to Cairo and fell in love after seeing the pyramids of Giza; the statues of the incredible couple, Rahotep and Nofre; and the Tutankhamun collection. That is when I decided I would study Egyptology.”

As an archaeologist and academic, Ikram has traveled to and worked in many countries throughout Europe as well as Turkey, Sudan and the United States, lecturing on her work and participating in projects. “It is wonderful to travel as a scholar, as there is such a vast network of contacts and friends all over the world,” she reflected. “It is a pleasure to meet with other scholars, visit museum collections, discuss issues of Egyptology and learn from them. Travel does indeed broaden the mind and allows one to take the best from each place and integrate it into one’s life.”

Even so, no matter where she wanders, Ikram’s travels continuously bring her back to Egypt. “The more I travel, the more I love Egypt,” she said.