Alumni Experts: No Need to Reinvent Wheel for Egypt's Economy to Grow 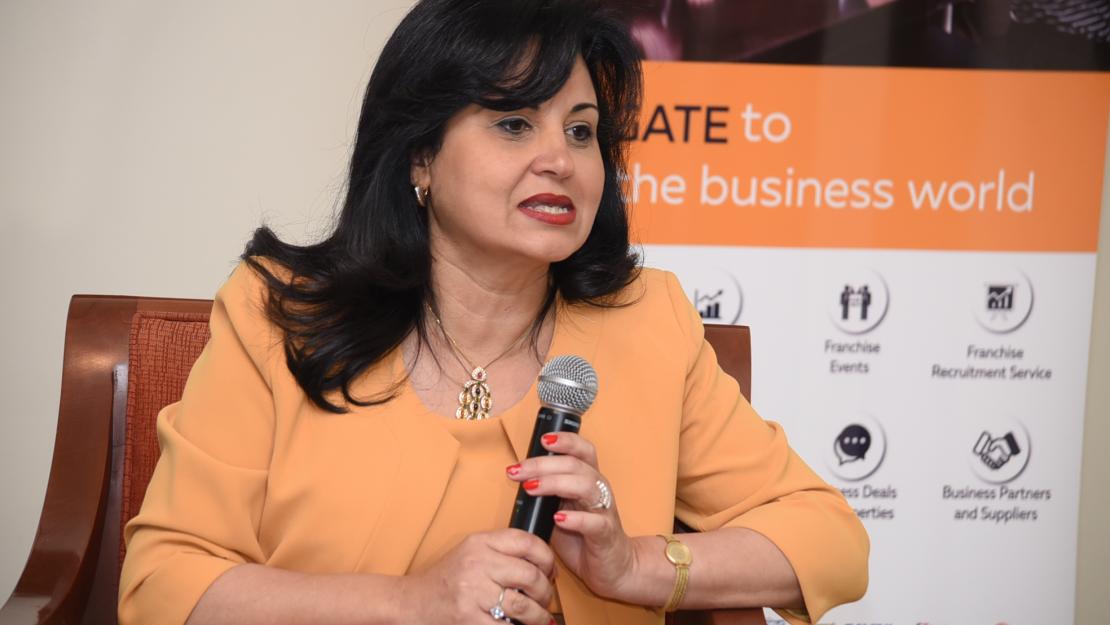 Noha Bakr ’87, 91’, adjunct faculty member in the Department of Political Science: "It might look bleak. However, there are also opportunities among all of [Egypt's economic] challenges

Wally, along with Noha Bakr ’87, ’91, adjunct faculty member in the Department of Political Science,  spoke at AUC’s third Alumni Networking Breakfast, featuring a talk on “How Can We Grow the Egyptian Economy Now?”

Bakr stressed the importance of human capacity in confronting  Egypt’s economic challenges and looked to AUC as a hub for research and future economic leaders. “This institution we’re in, AUC, has supported the society in Egypt and the economy,” Bakr said. “I look around and I see friends who are helping in different segments of society.”

Bakr illustrated the current political context, which has made it difficult for the Egyptian economy to strengthen in the face of inflation and deficit. “On the national level, we’re suffering, unfortunately, from security problems and this is resulting in less foreign direct investments and less tourism,” she explained.

She outlined some of the challenges Egypt is currently tackling:

However, Bakr noted that despite these recent setbacks, there is certainly room to grow. “It might look bleak. However, there are also opportunities among all of these challenges. The political will is there,” she affirmed.

Wally took a deep look into the current economic situation in Egypt. He outlined the major issues the economy is facing and drew international comparisons to evaluate where Egypt needs to make reforms in order for the economy to grow.

The main issues he outlined were:

How to Achieve Economic Growth

“In order to be able to spend on education, healthcare and public services, we need to grow our government revenues,” explained Wally.  With imports at a much higher level than exports, Wally stressed that the focus should be on increasing government revenue.

In comparison to other countries around the world, Wally noted that Egypt is also very behind with regard to exports and government revenues. He pointed to the growth of exports as the only sustainable way to remedy the trade budget deficit. Looking to other leading economies, he emphasized that Egypt should concentrate on increasing its industrial exports, in particular, in order to make more substantial strides in export growth.

Egypt’s market is too small to garner the amount of investments the country may want to attract, he said, emphasizing that for this reason, it is critical that the focus be on exports. “To grow our government revenues, we need to attract investments that are export-focused.”

Wally underlined that there is a need for a centralized execution plan, a clear target for exports and endorsement from the High Council for Investments in order to make the changes necessary to improve the current economic situation. It is critical that Egypt demonstrate “the full power of government behind investors,” he explained.

In a fruitful exchange of ideas between the speakers and the audience, made up of students, professors, staff and alumni, Wally looked to the future. “We have a lot of untapped potential and potential for management turn-around,” he said, explaining that the problem is concentrated with middle management and the need to recruit management of the best caliber. “We have many well-educated Egyptians who can make a difference,“ he asserted.

In comparison with other countries, Egypt’s has large potential for economic growth, both Bakr and Wally stressed. “We already have research centers at AUC that produce excellent work and produce reports with recommendations. We don’t want to reinvent the wheel,” Bakr said.