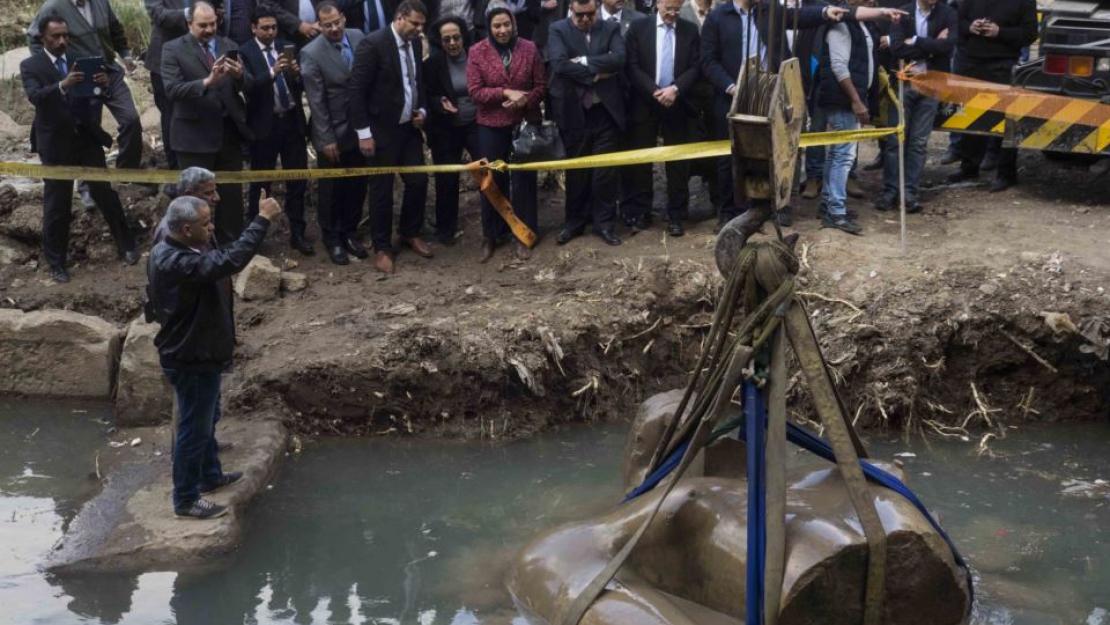 Salima Ikram, distinguished University professor and head of the Egyptology unit, and Louise Bertini, affiliate assistant professor of Egyptology, are members of the joint Egyptian-German expedition that is excavating one of the most important Pharaonic religious sites in Egypt. This expedition, taking place in Cairo’s Matariya area, has discovered a royal colossus statue that is now believed to be of Psamtik I, a pharaoh who ruled during the 26th dynasty.

So far, the expedition has excavated the statue’s head and torso, which have been sent for conservation and are on display in the garden of the Cairo Museum. The statue was identified by an inscription in its back.

“This site is one of the most important religious sites in Egypt, which is unique, as it spans the entire 3,000 plus years of ancient Egyptian history,” said Ikram. The expedition has so far discovered a series of previously unknown temples with decorative programs such as monumental sculptures from kings that have few statues attested to them, including Psamtik I.

“The expedition’s work underlines the religious importance of ancient Heliopolis to the Egyptians as a site of the creation of the world,” noted Ikram. Specifically, the site is considered one of the most important to the Pharaonic religion as it is thought to be the place where the sun god created the world.

Ikram and Bertini are working as the archaeozoologists to the joint Egyptian-German expedition, specializing in animal remains that are found during archaeological excavations. “Our focus is on the food and craft production area, as this part of the site has a considerably lower water table, making excavation relatively easier,” explained Bertini. “Specifically, we’ve been excavating in a particular area that consists of cow stables. We have identified numerous young cows, in addition to two adult cows that may have been buried in a deliberate grave and are still trying to figure that why that might have been the case. It’s quite interesting that we are getting to excavate this large structure, but also getting to look at the economy of the complex.”

As both Ikram and Bertini emphasized, this expedition is not without its challenges. “The work is a race against time, as the site --- parts of which belong to organizations other than the Ministry of Antiquities --- is being built on, has abandoned portions that are used as rubbish dumps up to 17 meters high and is suffering from rising groundwater,” said Ikram. The site has also been quarried for stone over time and the blocks used in subsequent buildings.