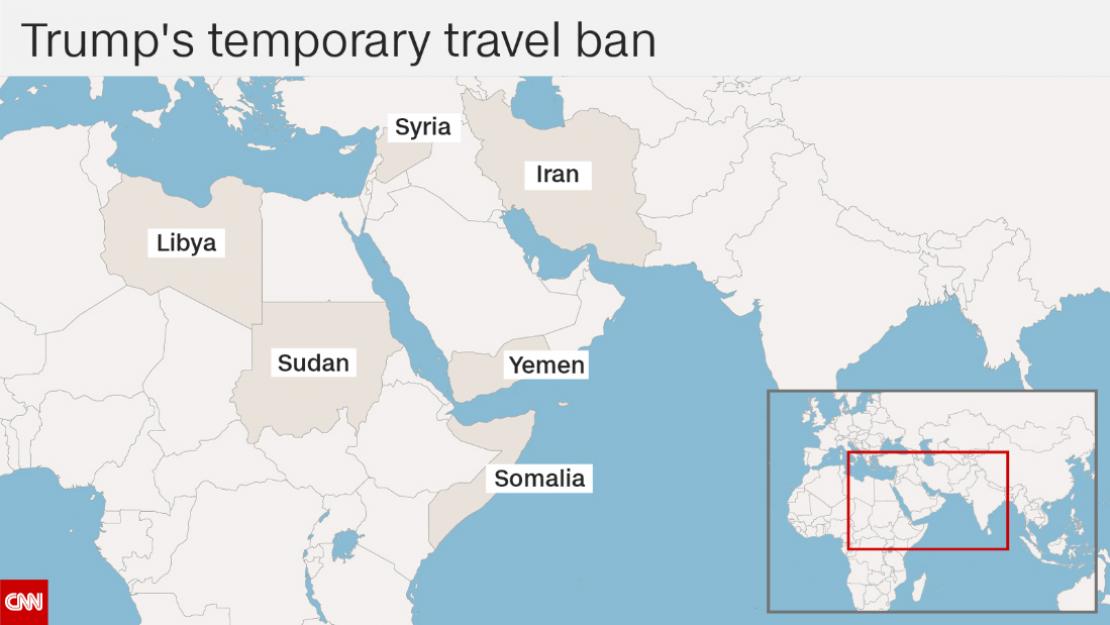 In light of U.S. President Donald Trump's recent executive order reinstating the travel ban on citizens from Libya, Syria, Sudan, Iran, Yemen and Somalia, and its being subsequently blocked, director of the Middle East Studies Center, Robert Mason, shared his thoughts on the Trump administration's actions, its image abroad and the order's impact moving forward.

How does Trump’s new executive order differ from the first travel ban blocked by Judge James Robart of Washington? How will this affect perceptions of the United States abroad?

The revised travel ban removed green card holders and Iraqi nationals, and addressed divisive language about religious minorities. It was blocked by Judge Derrick Watson, a federal judge in Hawaii, just hours before it was due to go into effect.

The reasons cited by the judge reflect:

a) Internal dissent against a broad sweeping policy that is still viewed as discriminatory in terms of religion and nationality and is, therefore, said to be unconstitutional in terms of violating the First Amendment, which protects people against religious discrimination.

b) The way that Trump's rhetoric during the campaign trail and that of his advisers has had an impact on perceptions of his motivations and intent.

c) Other negative aspects of the ban that would fundamentally undermine social linkages such as tourism and student exchange.

The growing frequency of tussles between the executive and judicial branches of the United States government undermines confidence in the Trump administration's policymaking process.

To what extent does this ban reflect U.S. foreign policy, and how will the executive order affect U.S. dealings with other countries with regard to issues such as the Syrian refugee crisis?

It will not define U.S. foreign policy, as there are many aspects involved. For example, Secretary of State Rex Tillerson is currently traveling Asia ­­–– in Japan, South Korea and China –– dealing with a range of issues such as North Korea's long-range missiles, China's policy in the South China Sea and trade.

In the Middle East and with regard to Syria, the ban could have had, and could still have, an effect on public opinion and on the logistics in terms of how the United States deals with the Syrian refugee crisis. After all, it is difficult to ask that a state act in a certain way if your own credibility on hosting refugees has been compromised.

How might this move affect U.S. relations with Egypt in particular?

It hasn’t in so far, as it is unlikely to be added to the list of states affected by a possible travel ban. Bilateral relations are likely to remain quite positive. However, some Egyptians may feel that the United States is no longer as welcoming to new waves of refugees and migrants as it once was. Some may feel that U.S. democracy is under threat, as is a general domestic and global concern. When viewed adjacent to other aspects of U.S. Middle East policy, it may signify an increasingly unbalanced view of the Arab world.