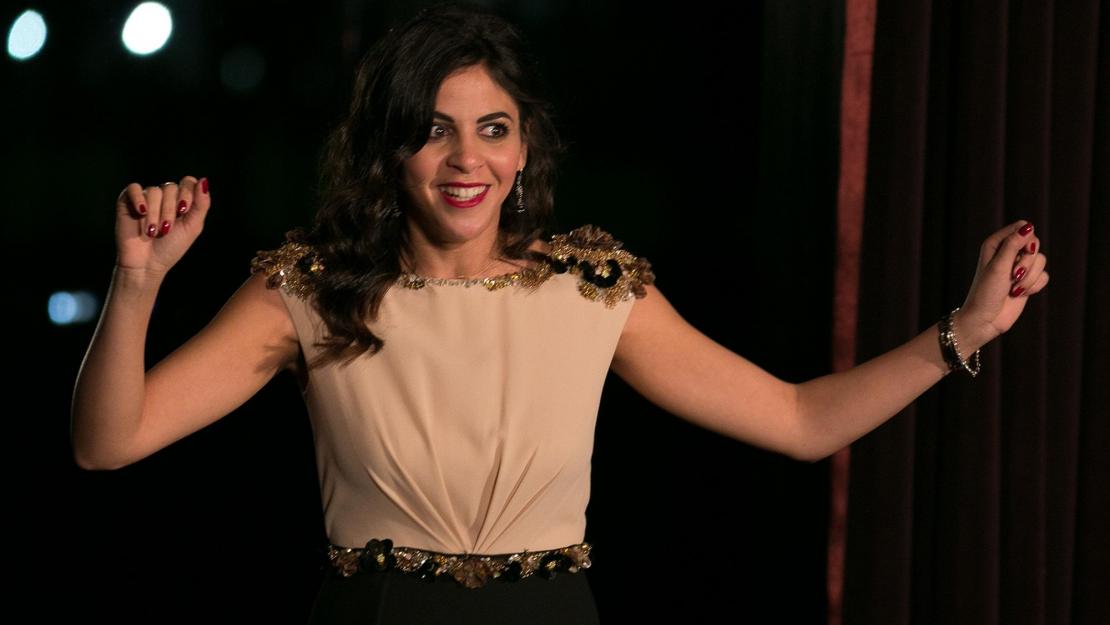 The sixth annual AUC Benefit Dinner, themed Investing in the Future: A Celebration of Philanthropy, took place last week in New York City, raising more than $ 671,000 to support scholarships for students. At the event, AUC honored Suad Al-Husseini Juffali, advisory trustee and chair of the Ahmed Juffali Foundation, presenting her with the Global Impact Award for her leadership in philanthropy.

President Francis J. Ricciardone greeted guests, highlighting the event as “a celebration of philanthropy as an investment in our shared future.”

Atef Eltoukhy ’74, the first Egyptian-American and first alumnus to serve as chair of the Board of Trustees, welcomed attendees, ruminating on the significance of this year’s theme and the “immense value of investing in education for the future of Egypt, the region and the world.” He emphasized the importance of education in creating opportunities and changing the lives of individuals, pointing to AUC as a “beacon of enlightenment and hope in the Middle East, teaching critical thinking and skills, and a broad outlook that will enable our graduates to tackle social and economic issues that threaten to overwhelm.”

Juffali was recognized for strongly representing the philanthropic spirit of AUC and dedicating herself to fortifying educational opportunities for students of all backgrounds. President Ricciardone praised her for the philanthropic work that “has brought Arabs and Americans together for many decades in the pursuit of knowledge, prosperity and peace,” saying that “our future generations can stand taller and braver” because of Juffali.

Eltoukhy also commended Juffali's dedication to philanthropy. “We all owe so much to Suad’s generosity, which reverberates outward through our students and programs and into the world,” he said.

Growing up in a Palestinian family in Jerusalem at a moment of political conflict, Juffali witnessed her family struggle for survival with limited belongings. She recalls her family adamantly instilling in her the importance of gaining an education. It was the Student’s Aid program of Beirut College for Women as well as the Point Four International Philanthropic Foundation that helped her complete her university studies.

“I am a great believer in education because of the impact it had on my own life,” reflected Juffali, who received an honorary Doctorate of Humane Letters in 2007 and the Distinguished Honorary Alumni Award in 2005, both from AUC. As a witness to political turmoil, Juffali noted that it is education, and a good educational system in particular, that can be “the best shield against extremism in all its manifestations.”

Juffali’s work with youth began with her volunteering throughout her university time and continued through her adulthood as she founded the Help Center in Jeddah, a special rehabilitation institution for children with intellectual disabilities, which she co-founded in 1985 and has since been serving as its trustee. “I, too, believe the young generation, and certainly youth, that is empowered with knowledge is the most influential strategic resource in any nation,” emphasized Juffali.

Over the years, she has remained committed to supporting educational opportunities both within AUC and in the larger community, establishing the Suad Al-Husseini Juffali Foundation, organizing Jeddah’s first women’s welfare society, as well as building fellowships and professorships. At AUC, she established the Tarek Juffali Professorship in Psychology and the Tarek Juffali Endowed Fellows Program in community and counseling psychology, both in memory of her late son. She also established the Suad Al-Husseini Juffali Scholarship and named the Serenity Room at the AUC Library and La Palmiera Lodge, the female student dormitory, as well as supported the establishment of The Sullivan Lounge, a faculty lounge at AUC New Cairo. In addition, she has contributed significantly to the Palestinian Scholarship Fund and the AUC Annual Fund.

At the Benefit Dinner, Juffali called on attendees to “invest in our young people by giving them the best education and training they deserve.” With continued support, Juffali noted that AUC will always remain “an all inclusive academic home to all students, regardless of their faith and nationalities” where “all can enjoy equal opportunities to learn and reflect without restrictions.”

Ali Abdelkhaliq ’11, AUC alumnus who received the Suad Al-Husseini Juffali scholarship, and Reehab Elhoubba Ramadan, recipient of the Tarek Juffali Endowed Fellowship, both shared the impact that scholarships and fellowships had on their academic careers and plans for their future.

Coming from Palestine in the midst of war, Abdelkhaliq recalls 2006 as the year his future shifted at the receipt of a scholarship letter. “Mrs. Suad Juffali opened a door for me that would change the entire course of my life –– the door to The American University in Cairo,” Abdelkhaliq remembered.

He praised Benefit Dinner guests as those who give others a chance by “[equipping] them with education and knowledge so that they might build a better future for their societies and for our collective humanity.” He highlighted education as the greatest gift to pass on to an individual, as it is also “an investment in the societies in which our children will live.” Reflecting on his AUC experience, he said, "I arrived at AUC thinking I would gain a degree, but I left having gained so much more ... What you really gain from AUC is a mindset. A way of thinking. You become an open-minded person with knowledge in many fields.”

Ramadan, a graduate student pursuing a master’s in counseling psychology, commended the Tarek Juffali Endowed Fellowship for allowing her to make an academic shift from computer science to psychology in order to achieve her dream of helping people.  “I received the Tarek Juffali Endowed Fellowship at a critical moment in my life,” she said. “I had completed my bachelor’s in computer science at a university in Texas and was on the path to a successful career. But something was missing. Something inside of me wanted to help people, to heal people. I grew restless sitting behind the computer screen daily while I knew that there were people out there who were suffering in silence. I began to do all that I could within my community to help those who were hurting, but still wanted to offer more. It was then that I turned to AUC to find the skills and training necessary to move forward and be the change that I wanted to see.”

She pointed out Juffali and AUC’s impact on her academic career, noting, “There are so many rewarding experiences I have had because of Mrs. Juffali and AUC. It has been a life-changing three years.”  As part of her training, Ramadan is working with different clients in Cairo, including refugees. "Because of my experiences at AUC, I have been equipped to compassionately respond to the invisible scars of trauma borne by each of my clients," she said.

President Ricciardone closed the night, giving thanks to all who attended and were able to make contributions. He emphasized that the donations made will be put toward seeing more students like Abdelkhaliq and Ramadan make impactful changes for themselves and for those around them. “Just as we have seen, we want to see more Alis and Reehabs so they replicate their stories into their communities in an unending chain. … AUC’s mission of an inquiry-based, American-style liberal arts education in the Middle East region cannot be overstated.”