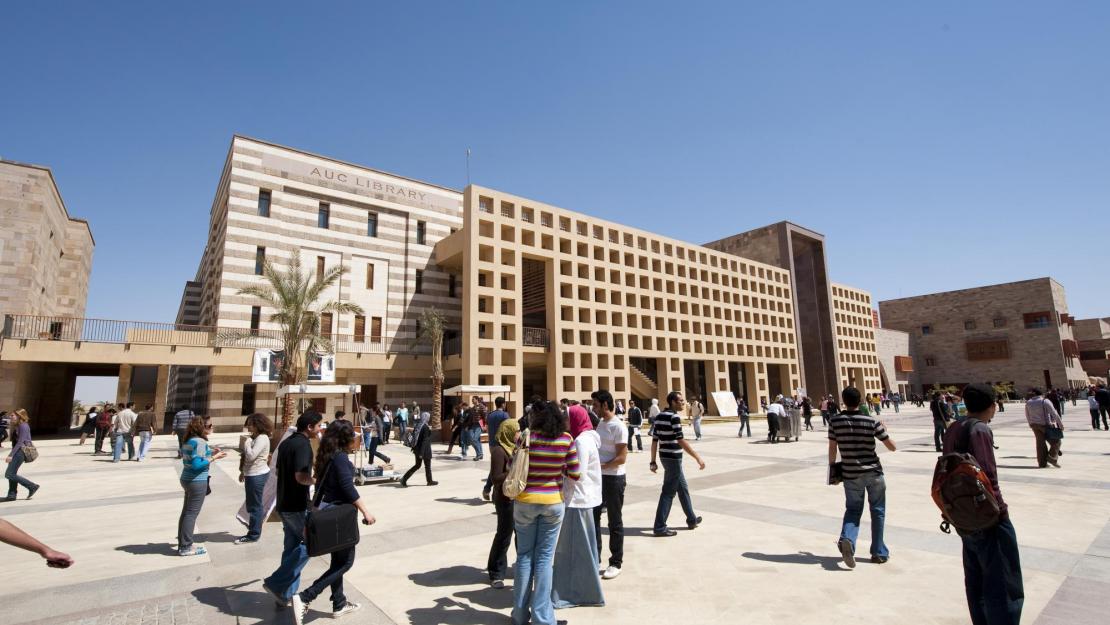 Last night, the Parents Association and several other parents of current students met with the University’s senior leadership team, including Counselor Amr Salama, and ​AUC alumnus and Trustee Hisham El-Khazindar.

Throughout the discussion that lasted several hours, President Francis J. Ricciardone emphasized the University’s commitment that no single student would be forced to leave AUC because of an inability to pay tuition. While the University sympathizes with and “fully understands what the floatation means for everyone budgeting in pounds,” the basis for all support by AUC must be an assessment of need.​

While the fiduciary role of trustees precludes them from negotiating directly with parents, students or other stakeholders — a role tasked to the administration — Trustee El-Khazindar explained that he was keen to attend the meeting, at the request of President Ricciardone, both to “demonstrate an understanding of the seriousness of the situation and out of a deep respect for the parents.”

El-Khazindar stressed two foundational principles for the discussion. The first is that AUC is a nonprofit University, meaning no individual or group stands to profit. AUC seeks to cover its cost and to ensure its continuity for the future. The second principle is that the floatation of the pound impacts everyone and should be shared by all.

​Late in the evening, a consensus seemed to be forming around  a broad Emergency Scholarship Program differentiated from traditional financial aid. This would remain on the basis of demonstrated need, but with the most streamlined possible process to ensure accomplishment of the primary goal: “to keep each currently enrolled student.” Parents challenged whether the emergency budget re-allocation would suffice to meet all needs. President Ricciardone reaffirmed that if final review of all applications for emergency scholarships reveals a need totaling more than the emergency budget allocation, he would be prepared to go back to the Board of Trustees to recommend a third emergency re-allocation. To do so, however, he would have to present clear evidence of the University's need. Trustee El-Khazindar affirmed that,  while he could not speak on behalf of the board, he would be prepared to consider such a request by the president, based on a streamlined, yet thorough, review of each family's application.

The Parents Association’s second point that AUC should “rationalize its expenditure, especially from the dollar side and increase its investment and fundraising” was a place of agreement among participants. The single largest share of dollar expenses is faculty compensation. President Ricciardone confirmed AUC’s commitment to continue to reduce costs through prudent management, while striving for excellence in everything we do at AUC.

On the third point of expressing tuition entirely in pounds, this was also an area in which all sides agreed progress could be made. Executive Vice President for Administration and Finance Brian MacDougall explained the decision to switch to a 50 percent dollar denomination of tuition in 2014 as a middle ground to sharing what, at the time, was an anticipated risk of the devaluation of the pound. In light of the now fully convertible Egyptian pound, the administration would explore alternate tuition approaches.

The fourth and final point of discussion was the request for discounts for siblings. The current financial aid process already takes into consideration families with several students attending AUC as a criterion in determining the amount given.

​Parents Association members inquired as to the University’s recent issuance of warning letters to several students for diverse violations of University policies, rules and standards of behavior. President Ricciardone affirmed that Dean of Students George Marquis had addressed such letters to individual students and had informed their parents. The University’s objective is to uphold an academic environment of mutual respect and protection of each individual's rights, while continuing to provide normal educational services, free of bullying and other disciplinary problems. He invited parents, as he had also invited faculty members and student leaders in previous meetings, to join in sharing the responsibility to uphold the values and standards set through AUC's processes of consensual governance. ​

President Ricciardone invited parents to continue in their discussions with AUC, in particular through joining ​an upcoming​ midterm review of the 2015-2020strategic plan, as a way in which to address questions of quality and other operational priorities.