University Forum: November Payment to Use Pre-Float Rate – No Student to Face Drop-out for Inability to Pay Increase – We Must Take Care of Our Employees 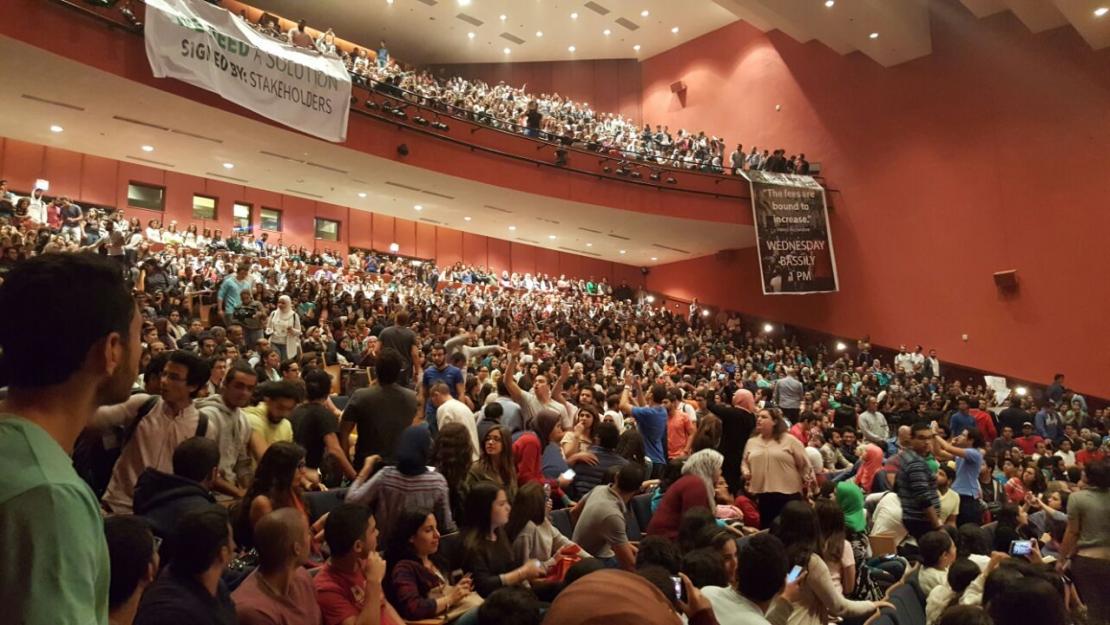 Speaking to a packed Bassily Auditorium on November 9, President Francis J. Ricciardone confirmed that, as a response to the Egyptian national fiscal emergency impacting all our families, AUC will extend to students who have not paid the final fall semester installment due on November 20 the option to pay at the pre-float exchange rate (LE 8.88 = $1.00). President Ricciardone affirmed that this measure is part of “AUC’s commitment to ensure that no student is unable to continue his or her education as a result of financial difficulties.”

After several days of intense study and conversations with various constituencies, explained Ricciardone, the Board of Trustees approved the immediate relief measure as a short-term response to the most pressing needs of each constituency of our AUC community. While it is positive news, there is still much work to be done on the longer-term measures, both for the coming year and for the years ahead.

“AUC, like Egypt, is a resilient institution that will not only survive, but it will do far better than that,” said Ricciardone. “We are looking at ways now to ensure that no student is forced to leave AUC due to inability to pay tuition. At the same time, we must help our lowest-paid employees whose salaries are denominated in Egyptian pounds, who will be least able to bear the impact of inflation that all anticipate from the Egyptian pound devaluation.”

Turning to audience questions using note cards, the President responded to a question on staff salaries by reiterating the University’s commitment to help find relief for employees whose salaries are paid in Egyptian pounds. While not able to provide details, Ricciardone reported that the administration is undertaking intensive modeling and budgeting exercises, despite the impossibility of anticipating the exact cost of any measures due to the instability in the Egyptian pound rate.

Answering a question about scholarships, President Ricciardone stressed that scholarships will continue and that AUC is committed to “finding ways to make sure that each student and family will find ways to complete his or her education at AUC.”