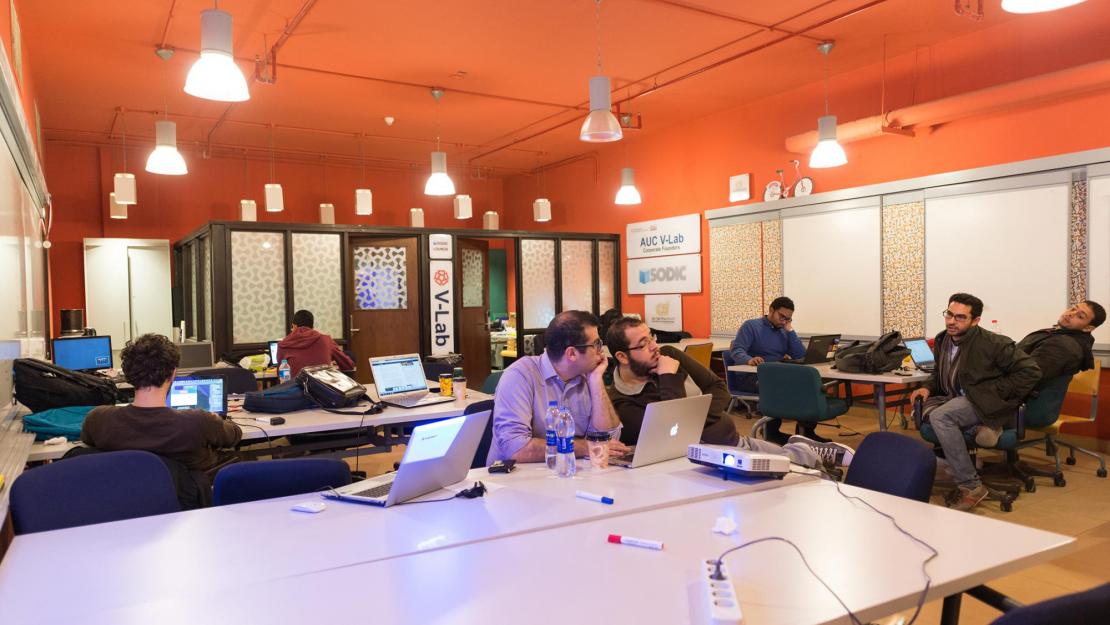 Only three years into its launch in 2013, the AUC Venture Lab, the first University-based incubator in Egypt, has completed five acceleration cycles, incubated 46 startups, generated LE 36 million in revenue, raised LE 23 million in investments and created 253 jobs in the market.

Under the five-year agreement, GE will sponsor two acceleration cycles per year, including training and workshops, competitions between startups and boot camps. On average, each acceleration cycle incubates between eight to 10 startups for a period of four months to ensure the sustainability of their business models after the program. The program also connects the startups with AUC’s network of alumni, faculty members, investors and mentors to help foster a thriving ecosystem of innovation, education and responsible business.

“At the AUC Venture Lab, we aspire to become the driving force behind the spark in innovation within this community,” said Ayman Ismail ‘95, ‘97, founder of the AUC Venture Lab, assistant professor in the Department of Management and the Abdul Latif Jameel Chair of Entrepreneurship.  “Youth today have the ability to change the way Egyptians live, work, learn and play, and inspire the next generation of innovators. Our partnership with GE will further support the program and our ability to incubate more startups and provide them with the best available tools in the market.”

Rania Rostom, chief innovation officer for GE in the Middle East, North Africa and Turkey, said, “We are proud to be partnering with AUC on this initiative. As a digital industrial company, GE believes that empowering youth with the capability and skill sets of working on new technology trends such as advanced manufacturing and industrial Internet is of critical importance. The worlds of physics and analytics are rapidly merging, and this next generation must be able to navigate both in a highly competitive and fast-changing job market.”

“In 2013, AAIB had the leadership and foresight to be among the first supporters of the AUC Venture Lab,” Ismail explained. “Since then, the AUC Ventue Lab has grown to become the leading University-based incubator in Africa and the MENA region. This year, AAIB will extend its support to the AUC Venture Lab, focusing on the fast-growing e-commerce vertical. AAIB will provide startups with mentoring and training on best practices in this area, along with the AUC Venture Lab services.”