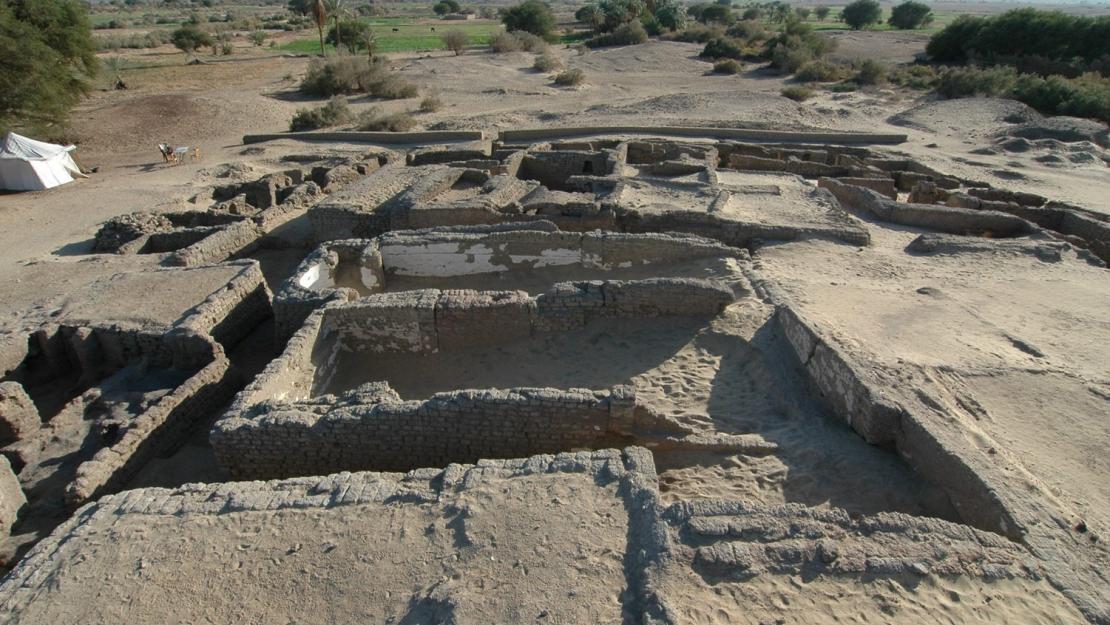 For Nicola Aravecchia, Egyptian Chair in Coptic Heritage at AUC, archaeology offers a unique perspective on the spread of early Christianity in Egypt.

“A large body of documentary and literary sources on Late Antique Egypt portray a picture of Egypt in the fourth century as an area witnessing the rapid spread of Christianity, not only in the larger cities and towns, but also in more remote locations,” said Aravecchia. “My research in the Western Desert, in conjunction with the very important work of several colleagues, has provided additional archaeological evidence that supports this view.”

At his lecture on Monday titled, “Live, Pray, and Die: Early Christians of the Western Desert,” Aravecchia will share his findings from his research at the early Christian sites of Ain el-Gedida and Amheida, both located in the Dakhla Oasis. “Ain el-Gedida is a relatively small site, located in an isolated region of Upper Egypt,” Aravecchia explained. “Yet, archaeological investigations have revealed a considerable amount of information on the flourishing of Christianity in Egypt, particularly in the area of the Western Desert.”

According to Aravecchia, Ain el-Gedida is key to understanding early Christian society. “The church complex of Ain el-Gedida, dated to the early fourth century CE, is among the earliest examples of Christian architecture available to us,” Aravecchia pointed out. “It was strategically built at the center of the site and must have represented a powerful visual landmark. It testifies to a vibrant community that flourished at the site in Late Antiquity, a community that had well-adapted itself to the oasis environment, exploiting what the surrounding land had to offer, and that had embraced Christianity from an early time, notwithstanding its geographical remoteness.”

Amheida, which was an important city of the Dakhla Oasis in Late Antiquity, also offers interesting avenues of research and, in particular, clues into early Christians’ perceptions of life and death. “There are questions that I am still trying to answer, particularly following the discovery of a funerary crypt inside a church excavated at Amheida,” Aravecchia added. “One of these questions concerns the burial customs of Christians within churches. Who were these Christians? How had they been related, in life, to the church in which they were then buried after death? This is one case in which archaeological and anthropological investigations can provide some very much needed information.”

Why Coptic Studies? For Aravecchia, this subject is essential to understanding Egypt. “Coptic studies are an integral part of Egyptian history and culture,” said Aravecchia. “The resurging interest that Egyptian Christianity has witnessed, not only in Egypt but internationally, in recent decades attests to the important contributions that Coptic history, language and culture offer toward a more complete understanding not only of Egyptian civilization, but also of the history of Christianity as a whole. “

As the Egyptian Chair in Coptic Heritage, Aravecchia looks forward to the opportunity to continue his research in the birthplace of Coptic Christianity. “AUC is a very prestigious University, and its Egyptology Unit is an ideal place to be for scholars and students interested in any period of Egyptian civilization,” he said. “There is also the added benefit, especially for me as an archaeologist, of being able to carry out my research in Egypt, which allows me easy access to important primary sources.”

In this respect, Aravecchia underscored AUC’s important role in supporting research and scholarship in Coptic studies. “New academic programs have been created worldwide for the study of Coptic language and culture," he said. "AUC, with its strategic location and leading academic role in the Middle East, is in the ideal position to support and further enhance the academic presence of Coptic studies in Egypt.”