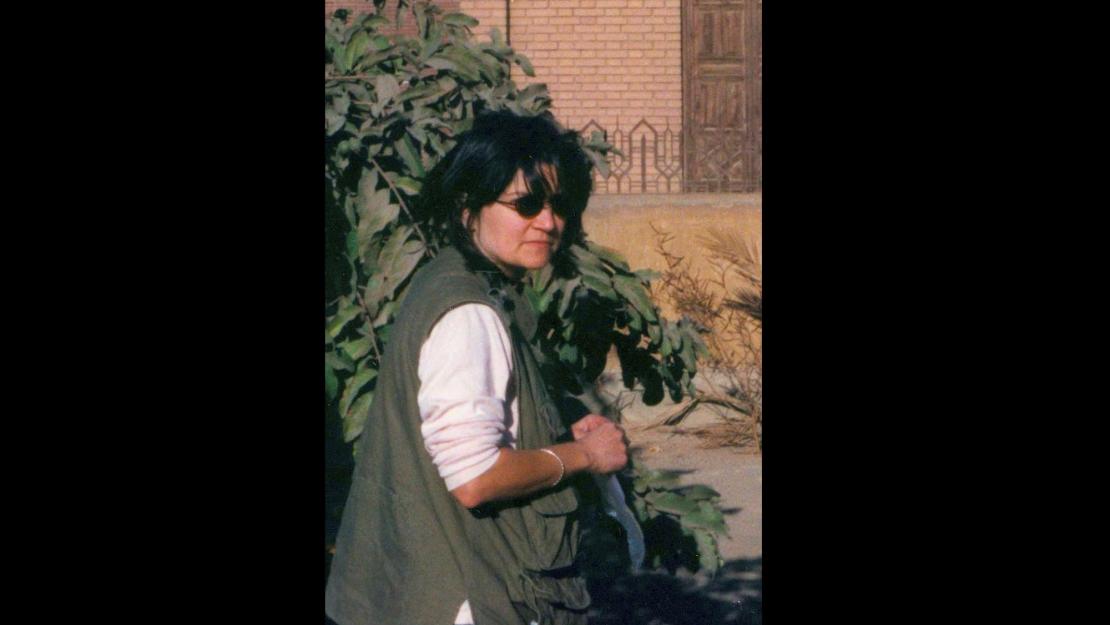 The opening scenes of the documentary Egyptian Sons begin with the hazy Cairo skyline while the standard jingle of the city’s English pop music station plays out.  A young boy greets his golden retriever, helps carry tea and gets scolded for his dirty room. Three minutes later, the scenery changes to a landscape of low red-brick houses while the call to prayer echoes from nearby speakers.  A second young boy gathers grass for his family’s cows, donkeys and feeds their chicken and goats.

This is the typical day of two pre-teen boys in Egypt, but maybe not one that young people in the West would expect.  Why?  According to Tania Kamal-Eldin, filmmaker and instructor  in the Department of the Arts, there is not enough honest representation of everyday Egyptians in film.  Instead, people from outside the region rely on harsh stereotypes and one-sided images in the media to form their idea of Egyptians.

Egyptian Sons is an attempt to readjust the impression those in the West have of Egyptians and Arabs.  “I had in mind that the audience would be a younger western audience that needs to look at Arabs in the Middle East and Muslims as human beings, to put a face on them,” stated Kamal-Eldin.  “I think it’s important for Western audiences to see this sort of thing because it’s humanizing people who are otherwise depicted in the media rather negatively.”

Although Kamal-Eldin grew up in Egypt, Europe and the United States, her academic interest in filmmaking has stayed rooted in the region.  “I’m an Egyptian-American and a lot of my work is related to the middle east,” explained Kamal-Eldin.

She values the cinéma vérité style of documentary filmmaking, which emphasizes the filmmaker as strictly observational, trying to make the camera as inconspicuous as possible. For her film, Kamal-Eldin found two 12 year old boys to document; Abdallah who lives in Cairo with his mother and Islam, a boy from rural Fayoum who lives simply with his large extended family.  Kamal-Eldin films the boys in  their everyday environment, giving tours of their bedrooms, introducing family, talking about school, their dogs and what they image for their future.

The differences in their environment, and how they interact with it, is dramatic.  In the wealthy Cairo suburb of Maadi, Abdallah and his small family enjoy a large, comfortable apartment.   Also striking is Abdallah obsession with his technological devices and clear tie with the pop culture of the West.  In comparison, Islam appears much more connected to the land around him and less concerned with the political turmoil of Egypt, so clear to Abdallah in the capital.

Pre-teen boys are not only easily relatable as subjects for a documentary, they are less self-conscious and therefore ideal for Kamal-Eldin’s style of filmmaking.  “The impetus of the project was to do something on youth.  They are candid, they love the camera and the camera loves them.”

While Kamal-Eldin points out the forthright nature of both young boys, she recognizes they are by no means one-dimensional.  The boys each possess some good and bad qualities, it’s part of what makes them so relatable.  “There is depth behind both of them,” observed Kamal-Eldin, but she acknowledges the challenges in striking a balance to show both sides equally when representing each character. “It’s always difficult when you are following subjects around, it’s always complex.  You can show them negatively and you can show them in a positive light.”

Despite their imperfections, it’s difficult not to be drawn to Abdallah and Islam and they way they play with energy and optimism.  “These two were clearly very likable characters,” said Kamal-Eldin, even recalling that some who saw the film picked a favorite, “Viewers said they are pulling for one or the other.”

Egyptians Sons has been shown at 11 international film festivals across the world including several that focus on youth  The documentary was also honored with a silver award at the 2014 Oregon Film Awards   Now, Egyptian Sons has been picked up by Arab Film Distribution, the largest distributor of Arab film in North America.

Film in the Classroom

Ideally, Kamal-Eldin would like the film to be embedded in lesson plans to encourage students in the West to look at Egyptians with an open mind.  “I would really like to see this film in classrooms, with worksheets and study sheets.  They could talk about the socio-economic differences, about why the boy in the city is from a richer family and why he has a greater tie to the West.”

Although Kamal-Eldin is focused creating films that promote a positive Egyptian identity, she is also concerned with helping her students develop a voice.  “I think it’s very important for these students to tell their own stories,” declared Kamal-Eldin, “The Arab world really needs it and if I can help them, that’s what’s rewarding for me.”

This is one of the reasons that Kamal-Eldin was drawn to AUC. “I feel really good about AUC for one reason, I feel like now I can give back,” she stated.  “I had a strong Western training but part of my heritage is Egyptian.  It feels good to be able to give back and I think I can actually mentor and foster some good production here.”

Kamal-Eldin has been impressed with the students in her film classes.  “For the first time, I’ve done a short with my students which I think will do really well,”  said Kamal-Eldin.  “It’s a short narrative piece I did with AUC students that I will wrap up this summer.”

View a preview of Egyptian Sons or get the DVD from the AUC Library.  Visit Kamal-Eldin’s website to learn about her other films.